Escape into Purple Ferdinand's dreams. Do we really need more guides to mindfulness? I have a personal theory that almost everyone secretly meditates, whether they realise it or not – even the kind of people who’d make extravagant “I’m being sick” gestures were you to suggest they attend a Buddhist retreat. 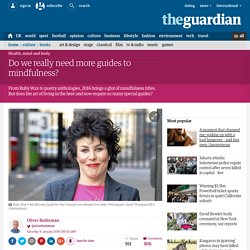 Scratch the surface and you’ll find that almost everyone pursues some activity demanding absolute presence of mind: if not mountain climbing or sailing or bike racing (where a lapse of attention might mean death), then photography or singing or recreational cookery (where a lapse of attention means you’ll screw things up). Combining The Built And Natural Environments To Create Generous Cities Of The Future. Our collective desire to live in cities has never been stronger. 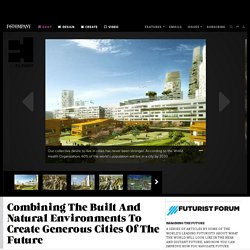 According to the World Health Organization, 60% of the world's population will live in a city by 2030. As urban populations swell, what people demand from their cities is evolving. In India and China, developers have embarked on ambitious projects aimed at promoting interactivity between people and the environment by creating "generous cities. " In generous cities, the natural setting guides designers as they integrate environmental, social and economic systems. The goal is for the built environment to function as efficiently as the local ecosystem.

Created with Biomimicry 3.8, HOK's Fully Integrated Thinking (FIT) tool enables designers to inform their decision-making by crunching data from 15 categories to determine a city’s characteristics. Garden Bridge. The Garden Bridge is a new 366m-long footbridge that will stretch across the River Thames, from the top of Temple underground station on the Northbank to the South Bank. 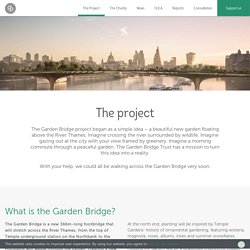 The bridge will hold an expansive garden. Footpaths will weave through the garden, creating a new pedestrian route which will be free and open to all between the hours of 6am–midnight. The garden will be an enchanted space in the middle of the busy city. It will feature an abundance of plants, trees and shrubs indigenous to the UK, Northern Europe and other parts of the world. 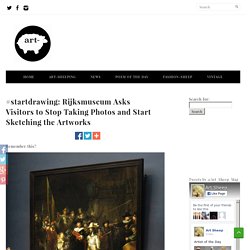 Photo: Bonnie SIegler Well, the people at Rijksmuseum do and decided to do something about it -or at least suggest. Photo: Rijksmuseum Launching the #startdrawing campaign, they hope to help people become more interested about the real artworks and less about their digital interpretations. We don’t know whether the campaign is a successful one or not, but it is truly something that can and should make people stop using their phones while in galleries and museums. Photo: @rijksmuseum Related Posts. How Art Changes Consciousness. With so much talk about the evidence of the positive effects of yoga and meditation, you might be surprised at what scientific research also says about how art effects the brain. 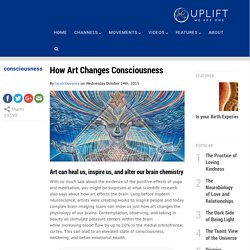 Long before modern neuroscience, artists were creating works to inspire people and today complex brain imaging scans can show us just how art changes the physiology of our brains. Contemplation, observing, and taking in beauty all stimulate pleasure centers within the brain while increasing blood flow by up to 10% in the medial orbitofrontal cortex. This can lead to an elevated state of consciousness, wellbeing, and better emotional health.

The blood flow increased for a beautiful painting just as it increases when you look at somebody you love. It tells us art induces a feel good sensation direct to the brain. – Professor Semir Zeki, chair in neuroaesthetics at University College London Observing Art. Ed Sheeran to 'take a break' from social media to travel the world. Ed Sheeran’s 16 million Twitter and 5.5 million Instagram followers are going to be left disappointed over the next few months as the singer-songwriter has announced his departure from all social media. 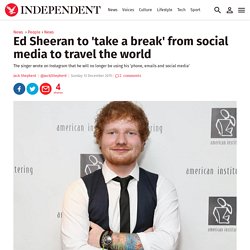 Writing on his Instagram account, the 24-year-old announced he was “taking a break” from social media in order to travel the world. Sheeran had just finished his world tour, ending with a show in New Zealand. However, although he has been all over the world, he wrote how he was “seeing the world through a screen and not my eye.” He also noted that his upcoming third album, the follow up to X, was the “the best thing I have made thus far”. SUR-FAKE - antoine geiger. Removed - Eric Pickersgill. Removed Fullscreen New home for Removed - www.removed.social The joining of people to devices has been rapid and unalterable. 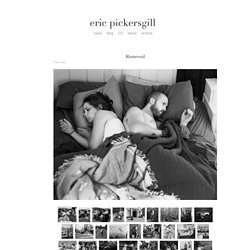 The application of the personal device in daily life has made tasks take less time. Far away places and people feel closer than ever before. The Buzz – Social Media Suicide. Alessandro Acquisti: What will a future without secrets look like? Millennial Anti Hedonists. Seed : Village life: Country club-style complex offers focus on good living. Clinic — MOUNTAIN. An ancient and powerful therapy that is used in phases that correspond with nature's seasons, Five Element Acupuncture is able to address issues and heal at the root of core of each person. 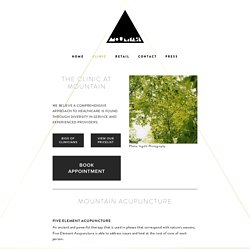 Zero Balancing Zero Balancing works on the premise that the deepest layer of energy in the human body lies within the bone tissue. Through gentle skeletal adjustments, bodywork can clear the blocks & accumulations that cause pain, exhaustion, disease, & imbalance. chinese HERBAL CONSULTATION. “(anti)social”: Chloe Sheppard’s Series Captures the Phone-Obsessed Generation. By Anna Randal Chloe Sheppard is a 19-year-old film photographer based in London, UK. 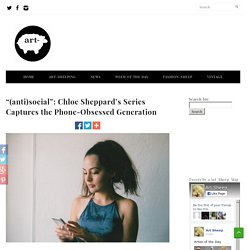 The young photographer’s work is filled with beautiful, vintage shots of girls in natural environments and urban settings. Her series anti(social) captures the latest generation of people, teenagers who are obsessed with their digital lives, instead of their real ones. The Beauty Buzz – Slow Is Beautiful. Digital disconnection is the last act of youthful rebellion. How to find your true self with photography. Reality Sandwich. Realitysandwich.com is a magazine about far-out culture and evolved consciousness edited by longtime Dazed columnist Daniel Pinchbeck. 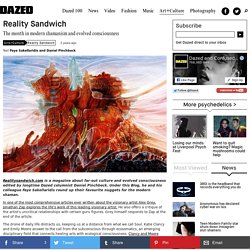 Under this Blog, he and his colleague Faye Sakellaridis round up their favourite nuggets for the modern shaman. In one of the most comprehensive articles ever written about the visionary artist Alex Grey, Jonathan Zap explores the life's work of this leading visionary artist. He also offers a critique of the artist's uncritical relationships with certain guru figures.

“More Sky”: The Extending Window That Offers The User A Breathtaking Outdoor Experience. Aldana Ferrer Garcia is a licensed architect from the University of Buenos Aires, Argentina. She has created an extended window design, that leaves the user somewhere between the clouds and his apartment. Her brilliant invention can either swing or extend, offering a -literally, breathtaking outdoor experience. As it’s stated on her website,“More Sky is a cozy corner for the home that provides visual relief, access to sunlight and fresh air for small apartments. As an attempt to understand the threshold between ID and architecture, this project is conceived as an object and a space at the same time, responding to current needs in densely populated cities.” Image credits: Aldana Ferrer Garcia Image credits: designboom. Graphic Designer Juxtaposes Popular Logos With Famous Paintings. By Maria Sofou Graphic designer, based in the Philippines, Eisen Bernard Bernardo mixed popular logos with classical paintings and the results are amazing!

By using parts of paintings that depict the same images as the original logos but are not communicating the same message, Bernardo creates an examination of art and capitalism; of expression and function; of personal and corporate. His work is truly interesting and elaborate. Logo+Art is an offshoot of his Mag+Art Project. The feminists leading an ethical fashion revolution. Sarah Van Peteghem furnishes Berlin apartment. Interior designer Sarah Van Peteghem has added greyscale furnishings, fabrics and accessories sourced from both contemporary brands and antique stores to this minimal apartment in Berlin (+ slideshow).

Van Peteghem, who also goes by the alias Coco Lapine, styled the apartment in the city's Steglitz area for Berlin estate agent Simply Samuels. Situated in a 1961 block, the renovated 82-square-metre space features an open-plan living area, two bedrooms and a bathroom – all connected by a hallway. Former Fashion Career Woman Leaves NYC To Build Bamboo Houses In Bali. Samuel Masters for Art-Sheep. Musicians are putting a ban on fans taking concert photos and videos. Ed Sheeran To Quit Music To Escape The ‘Hollywood Bubble’? Over the past couple of years Ed Sheeran has shot from obscurity to becoming one of the biggest pop stars on the planet. Sheeran began making music in 2005, but success proved elusive until 2011, when he released an EP that hit number 2 on the iTunes chart without any promotion or record company backing.