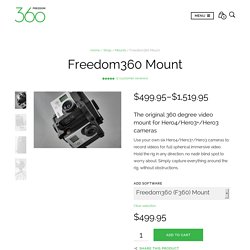 The original and innovative geometry gives you the freedom to hold the rig in any direction, no nadir blind spot to worry about. Capture everything around the rig, without obstructions. Simply insert the Hero4/Hero3+/Hero3 cameras (6) into the appropriate slot, fix them in place with the numbered mounting braces, mount it to the support you are intending to use (i.e. monopod), and start recording with the wifi remote that comes with the Hero3+/Hero3 black, or purchase it separately with the Hero4. We recommend using the black models through-out. Learn more about the software options. Buying Choices: BeStableCam Full Shot Alu Case 360 Degree Gopro Spherical Panorama Frame Mount for Gopro 3 3+ 4(Mount 6 Gopro) Second Shooter — Kessler. MindShift Gear rotation180&deg Horizon 34L Backpack 215 B&H. The charcoal lightweight rotation180˚ Horizon 34L Backpack from Mind Shift Gear features a detachable rotating beltpack that allows for quick-access to your camera gear while still wearing your backpack. 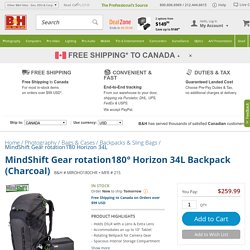 The rotating beltpack holds a DSLR with an attached lens, an additional lens between padded dividers and an up to 10" tablet behind a padded divider at the back. Simply swing the beltpack around to return it to the backpack and secure it in place via a magnetic tab. On shorter outings, the rotating beltpack may be worn separately. Amazon.com : Syrp Genie Mini Panning Motion Control System. Whale by Niels, Arnhem, underline tattoo. FocusMaker DSLR Focusing Tool FM01 B&H Photo Video. International Pricing Disclaimer Our price and the price displayed on the Comparison Shopping Site may not always match due to fluctuation in exchange rates. 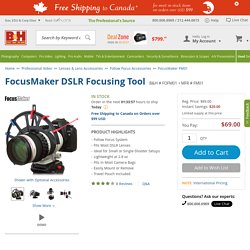 Please note: We do not guarantee the accuracy, reliability, or completeness of the foreign currencies information. It is provided to you for general information purposes only. The final amount shown in your cart is in US Dollars. The product price does not include customs, duties and/or taxes. Bubl Technology Inc. Nokia OZO. Amazon. Voltaic Systems Blog – Solar DIY and Device Charging. We’ve been working with a company called Cam-Do on how to power a GoPro camera for extended timelapse photography projects where battery life is a limiting factor. 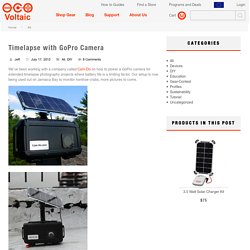 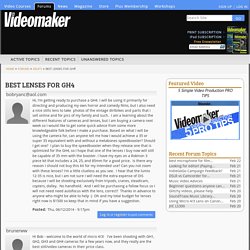 I will be using it primarily for directing and producing my own horror and comedy films, but I also need a nice stills lens to take photos of the vintage dirtbikes and parts that i sell online and for pics of my family and such. I am a learning about the different features of cameras and lenses, but I am buying a camera next week so I would like to get some quick advice from some more knowledgeable folk before I make a purchase. Mesa 100% Madera Sustentable Eco Trabajo Escritorio Grande - $ 2,209.00 en MercadoLibre. Silencer Lite - Trigger Controlled Follow Focus. With most follow focus systems on the market, you run into a few problems: You can't pull focus without taking your hands off the entire rig which loses stability, or you can't focus on your own. 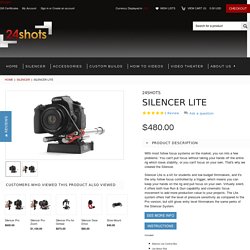 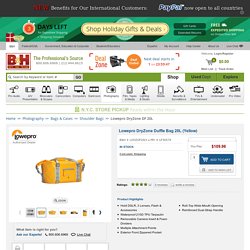 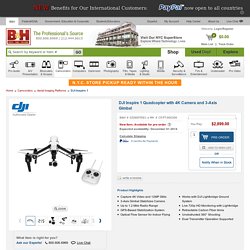 Forgoing the fixed landing gear design found on many earlier quadcopters, the Inspire 1 features a retractable arm system whereby the underside of each prop motor has a foot to act as a landing pod when the arms are lowered. In-flight, the arms lift up to provide the camera an unobstructed 360-degree view. Panasonic Lumix DMC-GH4 Mirrorless Micro Four Thirds, GH4KBODY Digital Camera. The Panasonic Lumix DMC-GH4 4K Mirrorless Micro Four Thirds Digital Camera is a true hybrid camera designed for both professional photo and video use. 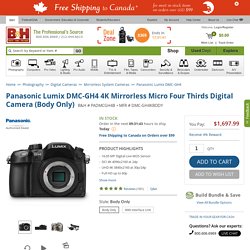 It features a 16.05-megapixel Digital Live MOS sensor and a 4-CPU Venus Engine, capable of capturing high-resolution JPEG and RAW stills, as well as UHD 4K 3840x2160 30p/24p and cinematic DCI 4K 4096x2160 video at 24p. Like its predecessor, the GH4 features a weather-sealed magnesium alloy body, while offering increased resolution on both the OLED monitor and electronic viewfinder. 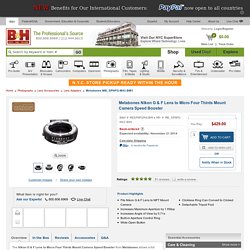 When a lens intended for full frame sensors or 35mm film is mounted to a camera with an Micro Four Thirds sized sensor, it transmits a larger area of light than the smaller sensor was built to accept and therefore the angle of view of the lens decreases and the equivalent focal length increases. The Speed Booster condenses light from the lens and projects it onto the smaller sensor allowing the sensor to utilize all of the lens' light and effectively produce a full-frame angle of view with an MFT sensor. Jib Crane with manual control Pan/Tilt head. CAME-H4 Carbon Fiber Stabilizer Suitable for DSLR Cameras [CAME-H4] - US$255.00.

CreativeCOW. The Structure Sensor is the first 3D sensor for mobile devices. Sample Content. Huelux by Randy Halverson I shot Huelux from April-November 2013 in South Dakota, Wyoming and Utah. The weather in 2013 made it difficult for me to get some of the shots I wanted. There were many times I planned to shoot the Milky Way or Aurora, and the clouds would roll in. But that also allowed me to get more night storm timelapse than I have any other year. Sacramento Timelapse by Justin Majeczky Two years ago my wife and I relocated to Sacramento, California so she could attend school. TB3 - Motion Capture Time Lapse. Edgertronic.