Flagship: Login. About this Due to contractual agreements, licenses, and copyright restrictions, access to many electronic resources and services must be limited to current Loyola University Chicago faculty, staff and students. 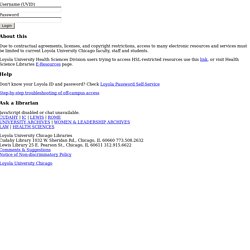 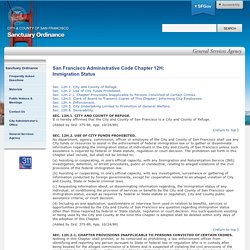 City and County of Refuge.Sec. 12H.2. Use of City Funds Prohibited.Sec. 12H.2-1. TransRespect-Transphobia - IDAHOT 2015. Alarming figures: over 1,700 trans people killed in the last 7 years On May 17th, The International Day Against Homophobia, Transphobia and Biphobia (IDAHOT) is being held in numerous countries around the world. 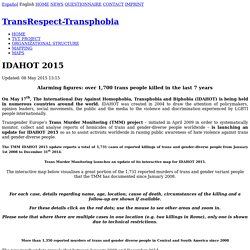 IDAHOT was created in 2004 to draw the attention of policymakers, opinion leaders, social movements, the public and the media to the violence and discrimination experienced by LGBTI people internationally. Gentrification in San Franciscos Mission District. Latino Americans. A changing Mission - Documentary. CA Codes (gov:7060-7060.7) Untitled. 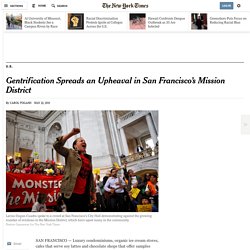 As San Francisco has become the preferred bedroom community for Silicon Valley, the Mission, with its urban edginess, has become the hottest location. Close to the center of the city, it has historically been home to Mexican and Central American immigrants whose large families live in small apartments in narrow Victorians and older buildings. Ellis Act Evictions - Anti-Eviction Mapping Project.

San Francisco families forced out of their homes, 1/1/1997 - 5/9/1997 The Ellis Act is a state law which says that landlords have the right to evict tenants in order to "go out of business". 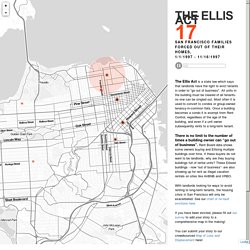 All units in the building must be cleared of all tenants- no one can be singled out. Most often it is used to convert to condos or group-owned tenancy-in-common flats. Once a building becomes a condo it is exempt from Rent Control, regardless of the age of the building, and even if a unit owner subsequently rents to a long-term tenant. There is no limit to the number of times a building owner can “go out of business”. With landlords looking for ways to avoid renting to long-term tenants, the housing crisis in San Francisco will only be exacerbated. If you have been evicted, please fill out our survey to add your story to a comprehensive map in the making! Segregation and Neighborhood Quality: Blacks, Hispanics, and Asians in the San Francisco Metropolitan Area on JSTOR.

Primo by Ex Libris - san francisco gentrification. This feature requires javascript Refined by: List of all Versions Suggestions: Make sure all words are spelled correctly. 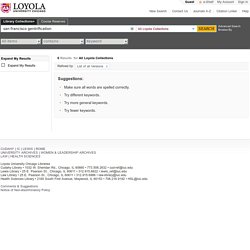 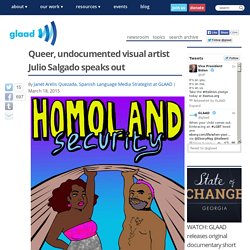 In one of his pieces a man in pink with butterfly wings and nipple piercings states "I exist. " The man's wings have text in both Spanish and English stating he is immigrant and queer in green, blue, red and orange. Recently performer Azalea Banks talked about his work online and he has become a frequent speaker at colleges around the country. Although he says he was surprised at the requests he is happy to go. " I figured why not tell my own story and the background of my work in my own words. Salgado's subjects are undocumented people, queer and straight. " The reason why I do this work is to take back the narrative about what it means to be undocumented. 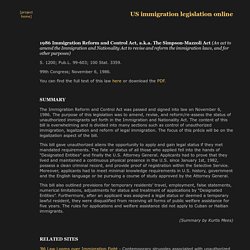 The Simpson-Mazzoli Act (An act to amend the Immigration and Nationality Act to revise and reform the immigration laws, and for other purposes) S. 1200; Pub.L. 99-603; 100 Stat. 3359. 99th Congress; November 6, 1986. You can find the full text of this law here or download the PDF. Julio Salgado's 'UndocuQueer Billboard' Explores Intersection Of LGBTQ And Undocumented Communities (PHOTOS) Close Jesus Iñiguez Julio Salgado has a simple message -- he is ‘UndocuQueer’ and he’s not alone. 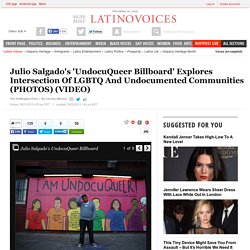 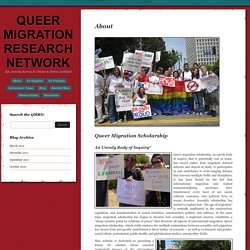 His shout, insincere and taunting, was aimed at the back of Caleb Orozco, a 41-year-old man walking along a row of tarp-covered souvenir stands near one of Belize City’s ferry terminals. Orozco’s only acknowledgment was to walk a little faster, car keys clutched in his hand. It was a hot December afternoon, a week before Christmas, high season in the city’s tourist zone. “Batiman!” In Belize — a small Anglophone Caribbean nation tucked into the eastern flank of Guatemala and Mexico — “batiman” (Creole for, literally, “butt man”) has long been the supreme slur against gay men, the worst possible insult to their personhood and dignity. Photo Five years ago, Orozco’s lawyer walked into the Belize Supreme Court Registry and handed over a stack of papers that initiated the first challenge in Caribbean history to the criminalization of sodomy.

“Did you know we caused the floods in Belize?” Continue reading the main story.