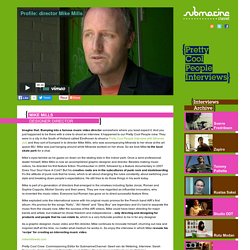 Bumping into a famous music video director somewhere where you least expect it. And you just happened to be there with a crew to shoot an interview. It happened to our Pretty Cool People crew. They were in a city in the South of Holland called Eindhoven to shoot a Pretty Cool People Interview with Miranda July and they sort of bumped in to director Mike Mills, who was accompanying Miranda to her show at the art space MU. Pretty Cool People Interviews - Miranda July. Flappers: Were They the Riot Grrrls of Their Time? In 1922, Ellen Welles Page sat down and penned a letter for the weekly New York magazine Outlook. 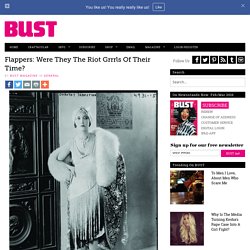 “If one judges by appearances,” she wrote, “I suppose I am a flapper. I am within the age limit. Glimpse Inside The Magical World of Polish Witches. Fine, we admit it: BUST loves witches. 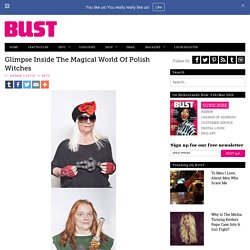 We consider Sabrina and her aunts our homies. The potential Charmed reboot is already our new favorite TV show despite the fact that NO ONE HAS CONFIRMED WHETHER IT’S ACTUALLY HAPPENING *shakes fist at sky*. The 10 Best All-Female Rock Bands. Thursday, July 16, 2015 | 7 months ago At some point, all famous female rock bands of the past several decades have endured a similar barrage of insults: not being able to play their instruments, being dramatic, have too much sex appeal (or not enough) or being feminist man haters. 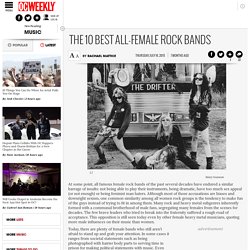 Although most of those accusations are biases and downright sexism, one common similarity among all women rock groups is the tendency to make fun of the guys instead of trying to fit in among them. Nine Frida Kahlo Quotes to Inspire Your Innate Sense of Creativity. 11 Stylish Older Women Who Inspire Us to Give Absolutely Zero Fucks. When it comes to fashion, youth is always in style. 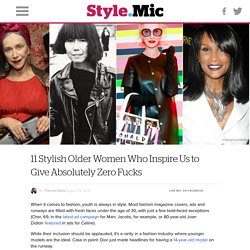 Most fashion magazine covers, ads and runways are filled with fresh faces under the age of 30, with just a few bold-faced exceptions (Cher, 69, in the latest ad campaign for Marc Jacobs, for example, or 80-year-old Joan Didion featured in ads for Celine). We Talked to the Nine Year Old Hip-Hop Illustrator Wunderkind Yung Lenox. All pictures lifted from Yung Lenox's Instagram. 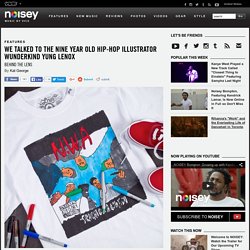 What were you doing when you were seven years old? Yung Lenox was drawing rappers and hanging out with Raekwon, eating Tic-Tacs with Action Bronson, and sneaking into clubs with E-40. I’m pretty sure at the same period in my life I was talking in a voice like Zazu from The Lion King all the time because I thought he seemed sensible and trying to teach my teddy bears to do math. 50 Cent quotes. A Punk Rock Approach To Living The Life Of Your Dreams. Sometimes I get asked, “What’s so radical about radical self-love?” 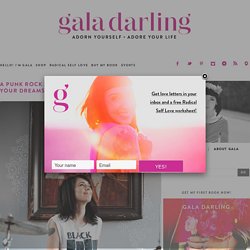 It’s radical because most people don’t even like themselves, let alone love themselves. It’s radical because knowing you’re awesome means you’re less susceptible to buying shit you don’t need. It’s radical because having a healthy view of yourself changes absolutely everything about your life, from the kind of love you accept to the way you treat others to the work you do. Dress My Age? Hell No, Say These Inspiring Senior Women. Jean “I don’t give a damn of what people think of me or the way I dress, I dress for myself because I love style and design and color.” 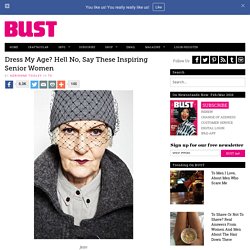 This statement may sound like the devil-may-care attitude of a stylish twenty-something, but this sentiment actually comes from the mouth of Bridget, a seventy-five year old Brit, one of six older women featured in the TV documentary Fabulous Fashionistas, which recently aired on Britain’s UK Channel 4. Bridget As the title suggests, each of these six women is excited about her wardrobe (some shop at charity stores; others order from catalogues; others buy from fancy boutiques), and throughout the film, each woman explains the evolution of their personal style. New Burlesque Documentary Shows Just How Powerful Getting Naked Can Be. Read Amy Schumer’s Ms. Gala Speech. Gabourey Sidibe wasn't the only person giving an intense, inspirational speech last night at the Gloria Awards and Gala, hosted by the Ms. 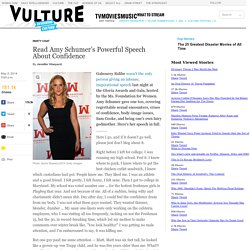 Amber Rose's Funny or Die Video Flips the Script on the Walk of Shame. The 2015 Academy Award nominations looked a lot like the 2014 nods: monochrome. 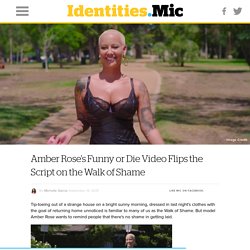 Sam Van Aken is the creator of the Tree of 40 Fruit, a single tree that grows 40 different types of fruit. Van Aken is an artist and professor at Syracuse University, and his latest project just might be his most delicious yet. Van Aken's Tree of 40 Fruit grow a wide variety of stone fruits (i.e., fruits with large pits in the center), including cherries, plums, peaches, nectarines, apricots, and even almonds. This is an artist's rendering of the full-grown tree.

Each one takes over a decade to mature. Photo by Sam Van Aken, courtesy of Ronald Feldman Fine Art. Burlesque dancer Briar Rouge tells how stripping cured her ME. A British Inmate Protested on the Roof of a Prison for Almost Three Days. 20 Photos And Quotes From The Badass Simone de Beauvoir That Will Inspire You. The 104-Year-Old Street Artist Who Yarn-Bombed Her Town.

The psychedelic madness of Louis Wain’s cats. These Retro Burlesque Queens Are Still Rocking The Camera 50 Years Later. This Vietnamese University Is Turning Its Campus Into a Forest. True Love: A One-Day Experiment. Kathe Izzo @ The School of Invisible Arts. 4 Quotes That Prove Sartre and Beauvoir Were the Ultimate Literary Power Couple. Jean-Paul Sartre and Simone de Beauvoir first became an item in October 1929. Which Literary Giant Had the Biggest Inner Cat Lady? Women Of Punk. Kathleen Hanna, Riot Grrrl and Carrie Brownstein. Ryans01 comments on I just don't care about myself. Kim Gordon Chats With Kathleen Hanna: Uncut Version! What Did Young Betsey Johnson Look Like? Spoiler: The 'DWTS' Star Has Always Been Awesomely Unique.