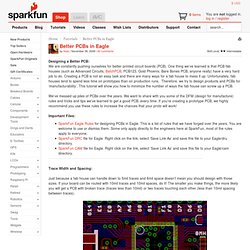 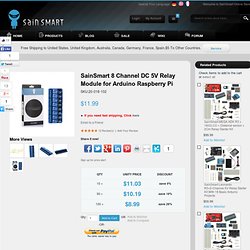 You can use your credit card or bank account without exposing your financial information. You can link your credit card or bank account to your PayPal account so you don't have to enter your card number or address when you shop on SainSmart. Just log in to PayPal and quickly check out in a few clicks. In addition, PayPal accepts payments in multiple currencies. Search Results for pushbutton switch. Press Release - April 22, 2010 THEY CAME, THEY SAW, THEY CONQUERED SparkFun's Second Annual Autonomous Vehicle Competition A Roaring Success BOULDER, Colo. 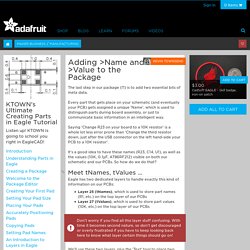 Is to add two essential bits of meta data. Every part that gets place on your schematic (and eventually your PCB) gets assigned a unique 'Name', which is used to distinguish parts during board assembly, or just to communicate basic information in an intelligent way. Saying 'Change R23 on your board to a 10K resistor' is a whole lot less error prone than 'Change the third resistor down, just after the USB connector on the left hand-side your PCB to a 10K resistor'. It's a good idea to have these names (R23, C14, U1), as well as the values (10K, 0.1µF, AT86RF212) visible on both our schematic and our PCBs.

So how do we do that? Amazon. Amazon. Learn.adafruit. If you've made it this far, you actually have a fully functional package that you can connect up to any schematic symbol, and place it on your board. 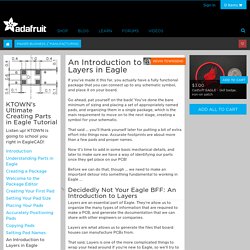 Go ahead, pat yourself on the back! You've done the bare minimum of sizing and placing a set of appropriately named pads, and organizing them in a single package, which is the main requirement to move on to the next stage, creating a symbol for your schematic. That said ... you'll thank yourself later for putting a bit of extra effort into things now. Accurate footprints are about more than a few pads and proper names. Now it's time to add in some basic mechanical details, and later to make sure we have a way of identifying our parts once they get place on our PCB! Before we can do that, though ... we need to make an important detour into something fundamental to working in Eagle ... Layers are an essential part of Eagle. Layers are what allows us to generate the files that board houses can manufacture PCBs from. How To Create a New Device in EAGLE - Mike Silverman. As you can see in my previous post I want to build a Nixie Clock. 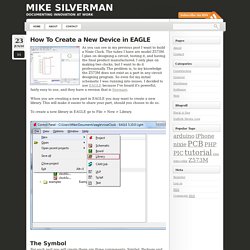 The tubes I have are model Z573M. I plan on designing a circuit, testing it, and having the final product manufactured. I only plan on making two clocks, but I want to do it professionally. The problem is, to my knowledge the Z573M does not exist as a part in any circuit designing program. So even for my initial schematic I was running into issues.

An open-source Cortex-M0 halogen reflow oven controller with TFT LCD. It’s been so long since I had the idea for this project that I can’t remember why I had the idea in the first place. 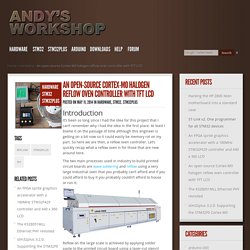 Www.vishay.com/docs/91015/sihf510.pdf. Dlnmh9ip6v2uc.cloudfront.net/datasheets/Components/General/FQP30N06L. Www.adafruit.com/datasheets/irlb8721pbf.pdf. Finding Parts - Hobbyist / Surplus Sites. The data on the "Finding Parts" pages is actually all in a Wiki (a webpage that anyone, even you, can edit!) 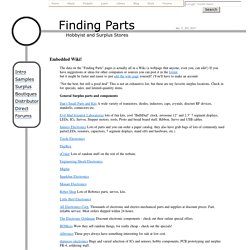 If you have suggestions or ideas for other companies or sources you can post it in the forum but it might be faster and easier to just edit the wiki page yourself! (You'll have to make an account "Not the best, but still a good deal" This is not an exhaustive list, but these are my favorite surplus locations. Check in for specials, sales, and limited-quantity items. General Surplus parts and components. Eiji Hayashi. Laser Command is a game which I build using a 8x8 matrix LED and an Arduino Mini. 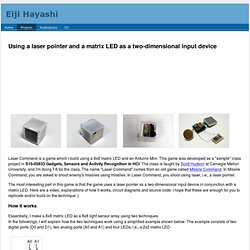 This game was developed as a "sample" class project in S10-05833 Gadgets, Sensors and Activity Recognition in HCI. The class is taught by Scott Hudson at Carnegie Mellon University, and I'm doing TA for the class. The name "Laser Command" comes from an old game called Missile Command.