French paper publishes Facebook 'hate speech' from Calais migrant articles. A French newspaper has taken action against what it deems hate-speech posted below reports about Calais migrants, by publishing a series of the most offensive messages from its Facebook page, along with the names of the posters. 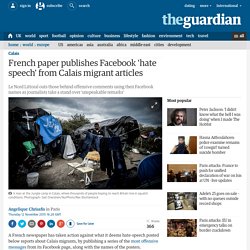 Calais-based Le Nord Littoral reports daily on the port and the situation there, which has resulted in thousands of people living in a squalid, open-air camp, hoping to reach the UK. Its editors said the offensive comments posted on the paper’s Facebook page had reached such extreme proportions of hate speech that it had to take a stand. Le Nord Littoral published several comments that had been made below its articles about the migrants in Calais, giving the Facebook names of the posters. 16 novembre 2015. Extreme altruism: should you care for strangers at the expense of your family? For many years, Julia Wise wondered if she would ever meet another person who thought as she did. 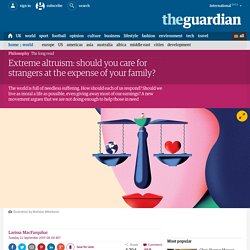 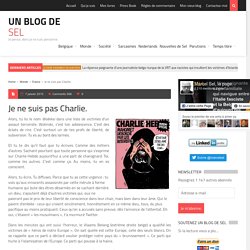 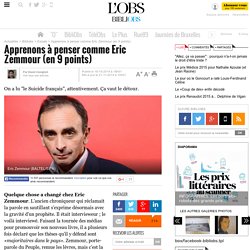 Zemmour, lui, reproche souvent à ses contradicteurs de lui «faire la morale». 'The Love School' Taught Me That Money Is at the Root of Every Happy Relationship. Cris and Renato, loving each other intelligently at The Love School press conference Cris and Renato are two glamorous TV presenters with a “bulletproof marriage” who travel the world teaching single and married people how to “love intelligently”. 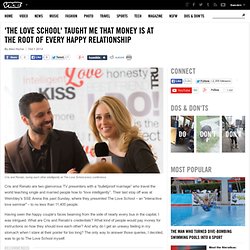 Their last stop off was at Wembley's SSE Arena this past Sunday, where they presented The Love School – an "interactive love seminar" – to no less than 11,400 people. Having seen the happy couple’s faces beaming from the side of nearly every bus in the capital, I was intrigued. Mindfulness is all about self-help. It does nothing to change an unjust world. Most of what is wrong in the modern world can be cured by not thinking too much. 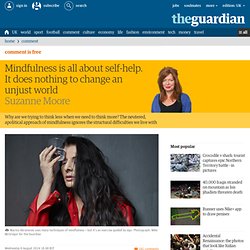 From psoriasis to depression to giving yourself a "competitive advantage" in the workplace, the answer touted everywhere right now is mindfulness. Just let go for few minutes a day, breathe, observe your thoughts as ripples across a pond, feel every sensation around you. Stop your mind whirring and, lo, miraculously, everything will improve "at a cellular level". Sorry, it's not working for me because I cannot rid myself of the thought: "Why this, why now?

" There is nothing wrong with trying to relax: the problem lies in the "trying". What was once the province of people who had backpacked across India has been gentrified and repackaged as a great cure-all, legitimated by doctors and scientists. The City is awash with bankers trying to quiet their minds. We know the west takes hold of eastern mysticism, ignores its history and faith and turns it into a secular and accessible pastime.

Inside the Minds of Mass Killers. The rebellious psychiatrists who helped me see beyond the myths and stigma of mental illness. "Do you feel you have to agree with what most of the people round you believe? 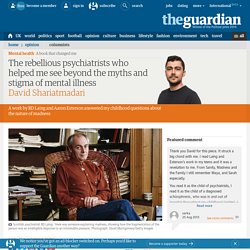 " "Well, if I don't I usually land up in hospital. " It is London in the late 1950s. A woman, Ruth, sits opposite a Scottish doctor in his consulting room. On his desk a tape recorder reels away softly. She speaks with an air of quiet defeat, having already had the bad news, the diagnosis. Millennial narcissism: Helicopter parents are college students’ bigger problem. Photo by Jupiter Images/Thinkstock/Getty Images Amy (not her real name) sat in my office and wiped her streaming tears on her sleeve, refusing the scratchy tissues I’d offered. 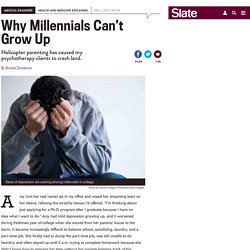 “I’m thinking about just applying for a Ph.D. program after I graduate because I have no idea what I want to do.” Amy had mild depression growing up, and it worsened during freshman year of college when she moved from her parents’ house to her dorm. It became increasingly difficult to balance school, socializing, laundry, and a part-time job.