Bonds explained - Your Nationwide. 2 July 2014: For almost as long as there have been governments, those governments have needed money – and often more money than they have available in their coffers. 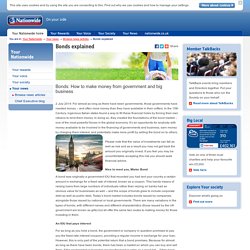 In the 15th Century, ingenious Italian states found a way to fill these financial holes by forcing their own citizens to lend them money. In doing so, they created the foundations of the bond market – one of the most powerful forces in the global economy. It’s an opportunity for anybody with money available to be involved in the financing of governments and business, earn money by charging them interest, and potentially make more profit by selling the bond on to others. Please note that the value of investments can fall as well as rise and as a result you may not get back the amount you originally invest. HSBC Investments Centre. Many of those looking to buy a home are beginning to feel the presence of sweeping changes in the aftermath of new rules known as the Mortgage Market Review (MMR). 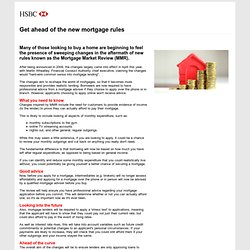 After being announced in 2009, the changes largely came into effect in April this year, with Martin Wheatley, Financial Conduct Authority chief executive, claiming the changes would "hard-wire common sense into mortgage lending". The changes aim to re-shape the world of mortgages, so that it becomes more responsible and provides realistic lending. Borrowers are now required to have professional advice from a mortgage adviser if they choose to apply over the phone or in branch. London & Country Mortgages. How to negotiate: The best haggling techniques. The best prices are usually reserved for new customers, so existing customers lose out on cracking deals. 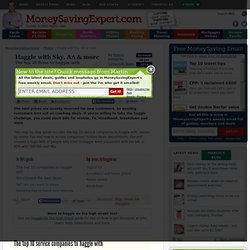 If you're willing to take the haggle challenge, you could slash bills for mobile, TV, broadband, breakdown and more. This step-by-step guide includes the top 10 service companies to haggle with, sector-by-sector tips and how to access companies' hidden deals departments. Our poll showed a huge 90% of people who tried to haggle were successful with the AA, or 82% with TalkTalk and Sky. Want to haggle on the high street too? See our Haggle On The High Street guide for tips on how to get discounts at John Lewis, B&Q, Debenhams and more. The top 10 service companies to haggle with. Should I get a fixed or tracker mortgage? When you're after a mortgage, the big question is often 'Should I fix? 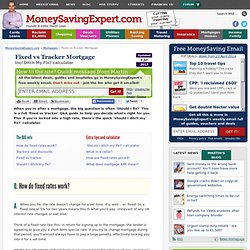 ' This is a full 'fixed vs tracker' Q&A guide to help you decide what's right for you. Plus if you're locked into a high rate, there's the quick 'should I ditch my fix? ' calculator. Q. How do fixed rates work? A When you fix, the rate doesn't change for a set time. Think of a fixed rate like this; in return for signing up to the mortgage, the lender is agreeing to give you a short term special rate. Yet the big advantage of fixed deals is you know EXACTLY what you'll pay, giving you security and meaning you can budget around it. Q. A Both trackers and discounts are types of variable rate mortgages, where the interest rate you pay can and usually will change over time.

Compare Fixed Rate Mortgages. Should you overpay your mortgage rather than save. There's a double whammy hitting the UK's home-owning savers. 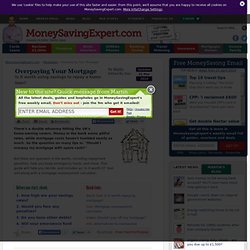 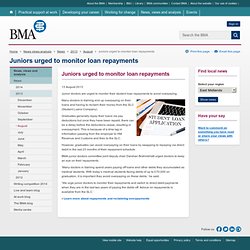 Many doctors in training end up overpaying on their loans and having to reclaim their money from the SLC (Student Loans Company). Graduates generally repay their loans via pay deductions but once they have been repaid, there can be a delay before the deductions cease, resulting in overpayment. This is because of a time lag in information passing from the employer to HM Revenue and Customs and then to the SLC. However, graduates can avoid overpaying on their loans by swapping to repaying via direct debit in the last 23 months of their repayment schedule.

If you've switched TV, mobile, broadband or phone providers in the last six years, there's a chance you're owed a little cash. 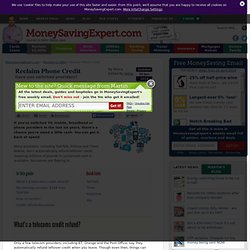 You can get it back at speed. Many providers, including TalkTalk, Primus and Three Mobile, don't automatically refund leftover credit, meaning millions of pounds in unclaimed cash is available. Successes are flowing in. What's a telecoms credit refund? Only a few telecom providers, including BT, Orange and the Post Office, say they automatically refund leftover credit when you leave. But some firms, including TalkTalk, Primus and Three, operate a DON'T ASK, DON'T GET policy. Ofcom estimates millions in bill credit is unclaimed. CardsGone.com - Free card guarding tool with up-to-date list of telephone numbers for lost or stolen credit & debit cards.

An email has been sent to the address you provided Don't attach personal details Neither the print-out of results, nor the electronically stored table Cardsgone.com produces, include any of your personal details. 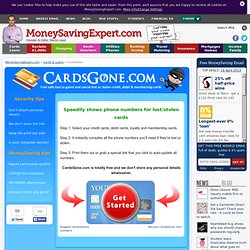 So you can't be linked to the cards listed. For this reason, never ever write down or save any sensitive information - like bank account numbers or your name and address - alongside the table Cardsgone.com produces. File your tax return online.