A Tiny Radio Show About Design with Roman Mars. The Rise and Death of the Just City of Amsterdam. Urban planning was once – perhaps at its best, defined by Patsy Healey as “managing our coexistence in shared spaces.” 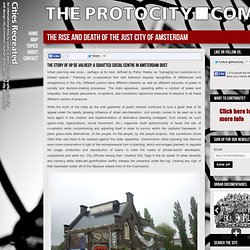 Planning for co-existence first and foremost requires recognition of differences and antagonisms in the city. Different publics have different interests as well as different amounts of power in society and decision-making processes. The state apparatus, operating within a context of power and inequality, thus adopts persuasive, co-optative, and sometimes repressive measures to respond to all these different vectors of pressure.

BUSKRIJT. m9w5qfCNkX1rz4xhlo1_400.gif (320×238) Vitiligo Penis. Gif (322×166) Netherlandish Proverbs. Netherlandish Proverbs (Dutch: Nederlandse Spreekwoorden; also called Flemish Proverbs, The Blue Cloak or The Topsy Turvy World) is a 1559 oil-on-oak-panel painting by the Flemish artist Pieter Bruegel the Elder that depicts a scene in which humans and, to a lesser extent, animals and objects, offer literal illustrations of Dutch language proverbs and idioms. 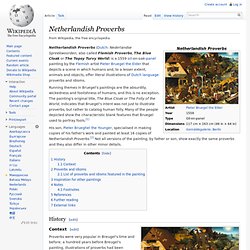 Running themes in Bruegel's paintings are the absurdity, wickedness and foolishness of humans, and this is no exception. The painting's original title, The Blue Cloak or The Folly of the World, indicates that Bruegel's intent was not just to illustrate proverbs, but rather to catalog human folly. Increíble voz de niña Coreana - Tomorrow. GIF Sound Mashups. GIF Sound Mashups. RABARAMA-HSIEN-2008. m3d1pay5aD1ql5yr7o1_400.gif (400×225) BazqF.gif (500×281) 111 Reasons Why Upstate New York Is The Best Place In The World. De Verderkijker. 16 Places You'll Hardly Believe Are In The United Kingdom.

Photographing a Mother's Descent Into Mental Illness. Most photographers use their books as a means to an end, a delivery vehicle for their images. 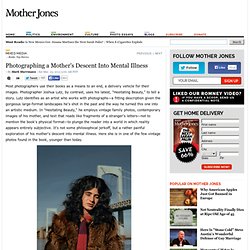 Photographer Joshua Lutz, by contrast, uses his latest, "Hesitating Beauty," to tell a story. Lutz identifies as an artist who works with photographs—a fitting description given the gorgeous large-format landscapes he's shot in the past and the way he turned this one into an artistic medium. In "Hesitating Beauty," he employs vintage family photos, contemporary images of his mother, and text that reads like fragments of a stranger's letters—not to mention the book's physical format—to plunge the reader into a world in which reality appears entirely subjective. 10 Things Only People From Albany Will Understand. The author's posts are entirely his or her own and may not always reflect the views of Movoto. 1. 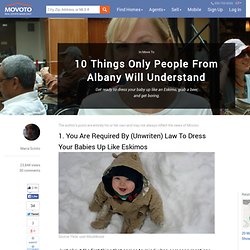 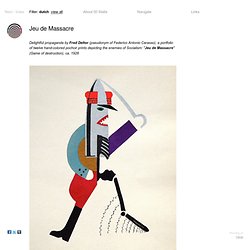 While scouring the auction site Bassenge the other night I found a few nice scans, and then a few more at Librairie l'Arrondi. You can see the artist's sculptures in a Dutch-language article by Jaap Versteegh and in the Dutch wikipedia entry. Koen van Os. Koen van Os 25 posters by Dutch artist Koen van Os (1910–83) ca. 1960 via Memory of the Netherlands Most of these come from the huge archive Geheugenvannederland.nl (Memory of the Netherlands). 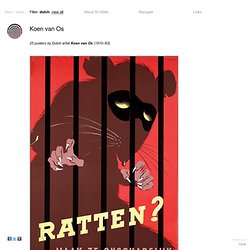 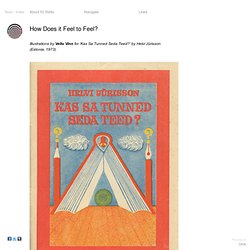 Illustrations by Vello Vinn for ‘Kas Sa Tunned Seda Teed?’ By Helvi Jürisson (Estonia, 1973) Google translates the title as "Do You Feel that Way? " Read more about Vello Vinn in a previous post and see all my posts of his work here. Helvi Jürisson (b. 1928) is an Estonian poet and translator who also published many books in verse for children. Vintage 1940s 18k White Gold Sapphire and by SITFineJewelry.

Google Maps overview - Tweelwonen - Leiden. 31 Impossibly Fun Wedding Ideas. 28933-1390590130-42.jpg (386×338) These Diagrams Are Everything You Need To Plan Your Wedding. The Whispered World - Official Website. Games. Mif2000's Hamlet. The Ancient Ghost City of Ani - In Focus. Situated on the eastern border of Turkey, across the Akhurian River from Armenia, lies the empty, crumbling site of the once-great metropolis of Ani, known as "the city of a thousand and one churches. 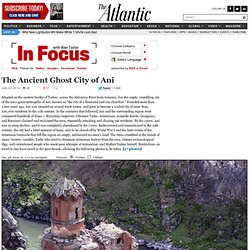 " Founded more than 1,600 years ago, Ani was situated on several trade routes, and grew to become a walled city of more than 100,000 residents by the 11th century. In the centuries that followed, Ani and the surrounding region were conquered hundreds of times -- Byzantine emperors, Ottoman Turks, Armenians, nomadic Kurds, Georgians, and Russians claimed and reclaimed the area, repeatedly attacking and chasing out residents. By the 1300s, Ani was in steep decline, and it was completely abandoned by the 1700s. Rediscovered and romanticized in the 19th century, the city had a brief moment of fame, only to be closed off by World War I and the later events of the Armenian Genocide that left the region an empty, militarized no-man's land. 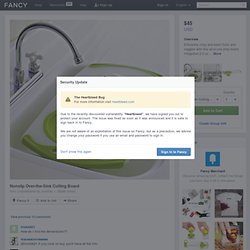 21 Meals With Tons Of Protein And No Meat. 31 Insanely Clever Remodeling Ideas For Your New Home. MuziekGezien. LifeMosaic. Choose a language LifeMosaic supports indigenous peoples in the humid tropics to get their voices heard, and to access the information that they need to make informed decisions about their futures. 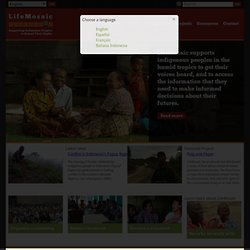 All the Homespun Days: A Narrative Poem of New York State Life - Norman Studer. Jewish Life: The Old Country. American Ballads And Folksongs - Joan O'Bryant. American Folk Ballads - Betty Garland. A Grain of Sand: Music for the Struggle by Asians in America - Chris Kando Iijima, Joanne Nobuko Miyamoto, "Charlie" Chin. ...And Ain't I a Woman? - New Harmony Sisterhood Band. Music of Indonesia, Vol. 2: Indonesian Popular Music: Kroncong, Dangdut, and Langgam Jawa. Various Artists Kroncongand dangdut are two quite different Indonesian popular music genres that emerged in the capital city, Jakarta. Both styles of music are now "national" musics, sung in the lingua franca, Indonesian, and aimed at all Indonesians regardless of ethnic or regional affiliations. Both rely on Western and other foreign instruments including the violin, cello, flute, banjo, ukulele, and electric guitar, and their musical idioms are basically foreign.

Playing Music with Animals: Interspecies Communication of Jim Nollman with 300 Turkeys, 12 Wolves and 20 Orcas - Jim Nollman. Folk Songs and Dances from Czechoslovakia. Folk Songs from Czechoslovakia - Elizabeth Knight. Smithsonian Folkways. Lullabies of the World. Living Folksongs and Dance-Tunes from the Netherlands - Jaap Kunst. Listen to Classic Holiday Music from Around the World. It’s been 19 years since the release of Mariah Carey’s hit song “All I Want for Christmas,” and lately, there’s been some discussion about the lack of great, contemporary holiday music. Coming up with a new, original hit is a difficult task, thanks in large part to its immense history: people have been celebrating the winter holidays with song for much longer than recorded music has been around, creating a vast canon of holiday music from all parts of the world.

Above, Smithsonian Folkways and Esri have collaborated to provide a sampling of their music collection, taking listeners on an audio journey from the beaches of Hawaii to the snow-covered villages of England in an exploration of the diversity of holiday music. But across the world, these songs also have one thing in common. Crafty Blog: Organization Binders. DropBox download added/Updated Photos Dec. 10,2012 How the Binders are Organized. Upstate Girls - In History. Upstate Girls - Preview Graphic Novel.

A Show of Strength by Middle Eastern Women Photographers. Despite the cultural limitations many have faced, women have been at the forefront of photography in Iran and the Arab world. In societies dominated by men, female photographers are using images to raise questions and explore issues of identity. They’re telling stories — often their own. “I was raised with people trying to tell me what to do and think,” said Newsha Tavakolian, who shoots for The New York Times from Iran. “Now I want those looking at my work to have their own opinions. I don’t want to enforce any ideas or views upon them. Ms. Marvin Wilson - Seeking Pen Pals -Texas Death Row - Todesstrafe -

Marvin Wilson #999098. Debord.gif (300×169) Amazingly Good Eggnog Recipe. T16Rr.jpg (640×480) Independent Projects Application and Guidelines. The deadline for Independent Projects Awards has passed. The next deadline for artists and arts managers in all disciplines from 37 eligible countries will be in December 2014 for projects between May 1, 2015 and April 30, 2016. Freedom or death-Emmeline Pankhurst. Emmeline Pankhurst. Lady Godiva. Godiva (/ɡəˈdaɪvə/; Old English: Godgifu[1]), known as Lady Godiva, was an 11th-century Anglo-Saxon noblewoman who, according to a legend dating back at least to the 13th century, rode naked through the streets of Coventry in order to gain a remission of the oppressive taxation imposed by her husband on his tenants.

Boudica Questions. POST INTERNET SURVIVAL GUIDE. Post Internet Survival Guide is a project initiated by Katja Novitskova. Kobito Dukan Character Cuddly Toy. Face Slimmer Exercise Mouthpiece. Eyelid Trainer. This Eyelid Trainer is a smart and simple way to give your eyes the "double eyelid" that many Japanese girls want to get in order to stand out from everyone else with the typical Asian look. Beauty Voice Trainer. The Beauty Voice Trainer helps give you the dulcet voice you know you've always wanted, in just five minutes a day. The system works in three ways: without training, the human throat is restricted. Dokodemo Talking Cuckoo Clock. The Tale of Genji. Akaname.