Helmut Newton. Helmut Newton and his women. UK - CHIME FOR CHANGE. Suffragette review – a conservative account of a revolutionary moment. Essena O'Neill quits Instagram claiming social media 'is not real life' An Australian teenager with more than half a million followers on Instagram has quit the platform, describing it as “contrived perfection made to get attention”, and called for others to quit social media – perhaps with help from her new website. 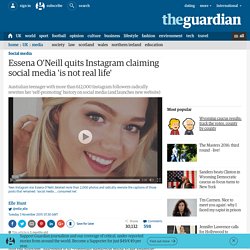 Essena O’Neill, 18, said she was able to make an income from marketing products to her 612,000 followers on Instagram – “$2000AUD a post EASY”. But her dramatic rejection of social media celebrity has won her praise. On 27 October she deleted more than 2,000 pictures “that served no real purpose other than self-promotion”, and dramatically edited the captions to the remaining 96 posts in a bid to to reveal the manipulation, mundanity, and even insecurity behind them. Aussie model furious at lack of likes on Instagram photo.

It can be hard to deal with. 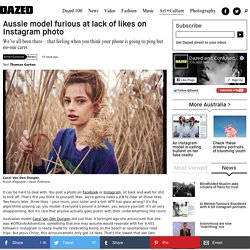 You post a photo on Facebook or Instagram, sit back and wait for shit to kick off. Why this artist is setting fire to the naked female form. On the heels of her evocative photo series on tumblr, “And Everything Nice”, going viral – a piece that exposes society’s unrealistic expectations on females even in states of affliction, Hannah Altman strikes once again with “How To”. 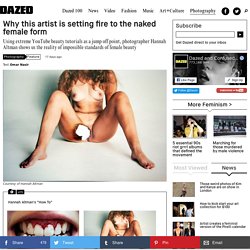 A multi-media installation that further explores the theme of female body shaming, the artist in collaboration with fellow artists Katie Krulock and Sadie Shoaf, juxtaposes mutilation with piercing irony – using references from the past as well as the present, Altman seems to be waving her finger in disapproval at our collective ignorance of the female condition. This artist has found a new way to #freethenipple. Instagram's strict no-nudity policy has been a hot topic in recent months. 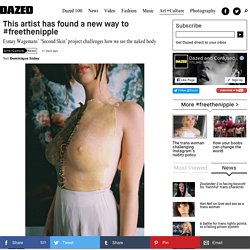 It's sparked debate, a slew of body-positive art, and even ignited its own #freethenipple movement. After all, if it's fine to watch a man get shot in the head by these standards, what's the big deal about showing a slip of a woman's nipple? “A great deal of my art projects are about the female body, so I had struggles promoting my projects online due to the naked censorship policy on Instagram and Facebook,” says artist Esmay Wagemans. “I wanted to create a ‘problem-solving’ product which wouldn’t break the Instagram guidelines, but would still give me the opportunity to show the naked body. 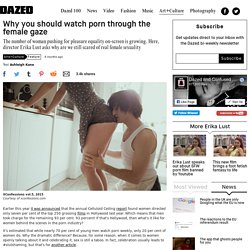 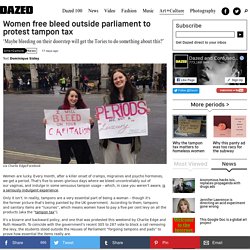 Every month, after a killer onset of cramps, migraines and psycho hormones, we get a period. That's five to seven glorious days where we bleed uncontrollably out of our vaginas, and indulge in some sensuous tampon usage – which, in case you weren't aware, is a seriously indulgent experience. Only it isn't. In reality, tampons are a very essential part of being a woman – though it's the former picture that's being painted by the UK government. According to them, tampons and sanitary items are “luxuries”, which means women have to pay a five per cent levy on all the products (aka the “tampon tax”). The feminists leading an ethical fashion revolution. These days, it seems every company has worked out that they can use feminism as a marketing tool – there’s even a fake ad agency dedicated to it. 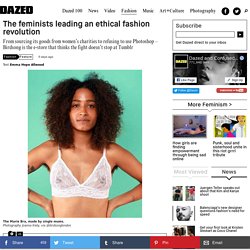 But while businesses might shout from the rooftops about their ‘empowering’ products for ‘real’ women, they forget to actually focus on genuine issues like like ethical manufacturing or advertising that doesn’t alienate or isolate its audience. Enter Birdsong, the webstore set up by three proud feminists with the aim of selling sweatshop-free products that give back to women – like Madi underwear, who donate a pair to a women’s refuge for every pair bought, or Khama prints, where 75 per cent of the cost of an item goes to making women breadwinners in Malawi.

17 Of The Most Feminist Songs Of 2014. Foundling Museum. This major exhibition focuses on the myth and reality of the ‘fallen woman’ in Victorian Britain. 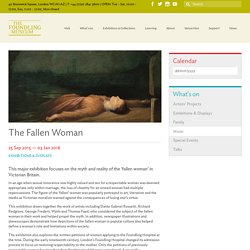 In an age when sexual innocence was highly valued and sex for a respectable woman was deemed appropriate only within marriage, the loss of chastity for an unwed woman had multiple repercussions. The figure of the ‘fallen’ woman was popularly portrayed in art, literature and the media as Victorian moralists warned against the consequences of losing one’s virtue. This exhibition draws together the work of artists including Dante Gabriel Rossetti, Richard Redgrave, George Frederic Watts and Thomas Faed, who considered the subject of the fallen woman in their work and helped propel the myth. In addition, newspaper illustrations and stereoscopes demonstrate how depictions of the fallen woman in popular culture also helped define a woman’s role and limitations within society.