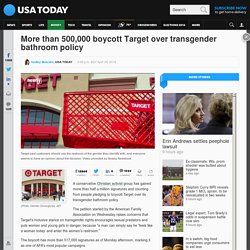 Rethinking Privacy. The Cambridge City Council has recently passed a unanimous resolution requesting that the City Manager draw up an ordinance on gender-neutral bathrooms. 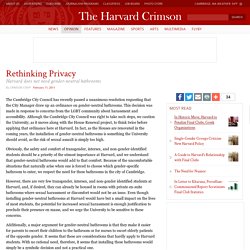 This decision was made in response to concerns from the LGBT community about harassment and accessibility. Although the Cambridge City Council was right to take such steps, we caution the University, as it moves along with the House Renewal project, to think twice before applying that ordinance here at Harvard. In fact, as the Houses are renovated in the coming years, the installation of gender-neutral bathrooms is something the University should avoid, as the risk of sexual assault is simply too high. Obviously, the safety and comfort of transgender, intersex, and non-gender-identified students should be a priority of the utmost importance at Harvard, and we understand that gender-neutral bathrooms would add to that comfort. 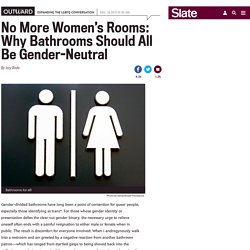 For those whose gender identity or presentation defies the clear-cut gender binary, the necessary urge to relieve oneself often ends with a painful resignation to either male or female when in public. The result is discomfort for everyone involved: When I androgynously walk into a restroom and am greeted by a negative reaction from another bathroom patron—which has ranged from startled gasps to being shoved back into the stall—I assume their outrage is of the same degree as my frustration at knowing I’m not fully welcome in either restroom. Campaigns to make gender-neutral bathrooms available have been waged across the country over the last few years. Most recently, a group of students at Wesleyan University conducted a DIY campaign to de-gender the school’s bathrooms. Right now, it’s not clear how Wesleyan will respond to the protests. In All-Gender Restrooms, the Signs Reflect the Times. Photo Before the Whitney Museum of American Art moved to its new location in Lower Manhattan, it hosted a discussion about what it means for a museum to be a safe and welcoming space. 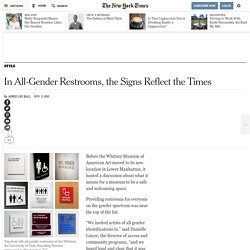 Providing restrooms for everyone on the gender spectrum was near the top of the list. “We invited artists of all gender identifications in,” said Danielle Linzer, the director of access and community programs, “and we heard loud and clear that it was something they really needed access to. Rather than being euphemistic, we decided to be direct.” The signs at the new building say “All Gender Restroom,” and Ms. The Whitney isn’t alone in being challenged to rethink one of the most basic uses of public space. Part of the reason is legal.

Philadelphia businesses will have 90 days to become compliant, said Helen L. Transgender Students and ‘Bathroom Laws’ in South Dakota and Beyond. Photo The South Dakota Legislature approved a bill this month that would require public school students to use bathrooms and other facilities that correspond to their biological sex, defined in the bill as “a person’s chromosomes and anatomy as identified at birth.” 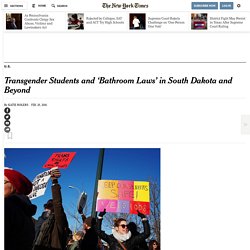 Under the measure, schools would need to find other accommodations for transgender students, whose gender identity does not correspond with the biological sex they were born with. The Case Against Fully Shifting To Gender Neutral Bathrooms. There’s probably a lot of people, primarily student activists, who get angry just from reading the above headline. 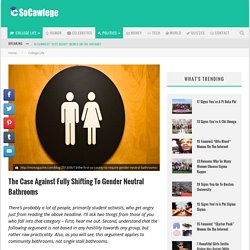 I’ll ask two things from those of you who fall into that category – First, hear me out. Second, understand that the following argument is not based in any hostility towards any group, but rather raw practicality. Also, as you will see, this argument applies to community bathrooms, not single stall bathrooms. Pushing for gender neutral bathrooms is a new and increasingly popular form of campus activism. Left wing students across the country have been trying to eliminate the traditional “binary” divide between the genders in on-campus restrooms. Why are students doing this? As a bit of background information, the true number of transgender individuals in the country is unknown. To be crass for a moment – students spend time naked or exposed in dorm bathrooms across America. In addition, there are many dangerous scenarios that are real possibilities. Who’s Afraid of Gender-Neutral Bathrooms?

In the middle of taking the bar exam at the Jacob K. 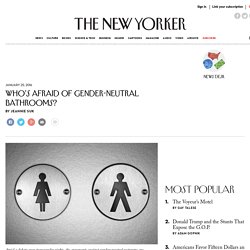 Javits Convention Center, in New York City, along with thousands of aspiring lawyers, I had to go to the bathroom. The enormous line for the women’s restroom looked like it would take at least a half hour. There was no line for the men’s restroom. I walked in, passed my male counterparts at a row of urinals, used one of several empty stalls, then returned to my desk.