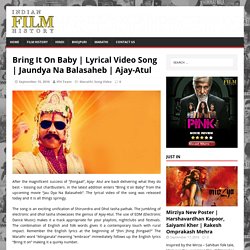 In the latest addition enters “Bring it on Baby” from the upcoming movie “Jau Dya Na Balasaheb”. The lyrical video of the song was released today and it is all things springy. The song is an exciting unification of Shiruvrdra and Dhol tasha pathak. The jumbling of electronic and dhol tasha showcases the genius of Ajay-Atul. The use of EDM (Electronic Dance Music) makes it a track appropriate for your playlists, nightclubs and festivals. 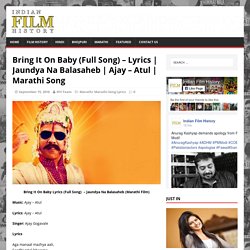 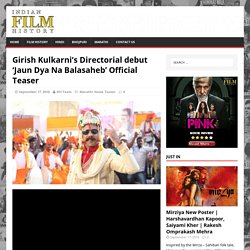 Girish is known for writing scripts for films like ‘Valu’ and ‘Deool’ will be directing this upcoming comedy film, which also marks the debut of the musical maestros Ajay-Atul as a Producer. Unlike Girish’s previous outings this film will be a complete comedy and stars Girish in a lead role, with Sai Tamhankar, Manava Naik and Bhau Kadam in other prominent roles. Music Director duo Ajay-Atul will be also handling the music of this film. After the magnificent success of ‘Jhingat’, Ajay-Atul has recently released a song titled ‘Baby Bring It On’ from ‘Jaun Dya Na Balasaheb’ which is already hitting the right chords among the listeners. Also the Makers have launched the official teaser of this upcoming film, which is a laugh riot yet a sensitive film about today’s youth and politics. 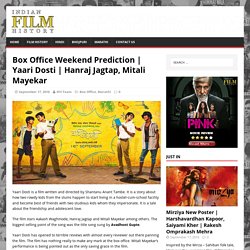 It is a story about how two rowdy kids from the slums happen to start living in a hostel-cum-school facility and become best of friends with two studious kids whom they impersonate. It is a tale about the friendship and adolescent love. The film stars Aakash Waghmode, Hanraj Jagtap and Mitali Mayekar among others. The biggest selling point of the song was the title song sung by Avadhoot Gupte. Jaundyana Balasaheb. Vaat Disu De Lyrics Movie: Jaun Dya Na Balasaheb Song: Vaat Disu De Music : Ajay-Atul Lyrics : Rooh Singer : Ajay Gogavale, Yogita Godbole Music Label: Zee Music. 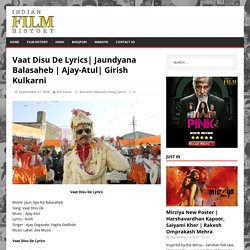 Harshavardhan Kapoor, Saiyami Kher. Amitabh Bachchan. Shoojit Sircar’s “Pink” gets a pat on the back from B-Town. Tutak Tutak Tutiya (2016) Devdas – The Most Remade Film in History of Indian Cinema. DEVDAS – From Abhay Deol to K L Saigal, the most remade story after Godfather Sarat Chandra wrote Devdas in Bengali in the early years of the twentieth century as a tragic tale of unrequited love. 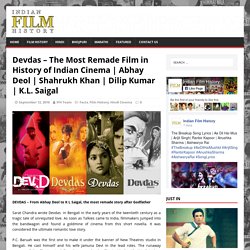 As soon as Talkies came to India, filmmakers jumped into the bandwagon and found a goldmine of cinema from this short novella. It was considered the ultimate romantic love story. Kabuliwala (1961) – A poignant story of unlikely friendship. Kabuliwala, a cinematic adaptation of Rabindranath Tagore’s famously poignant short story, brings a lump to your throat each time you watch it. 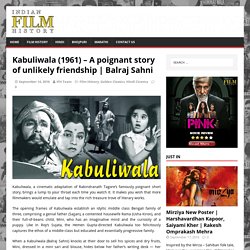 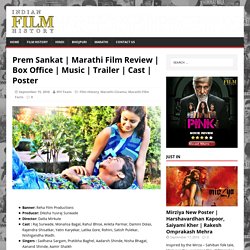 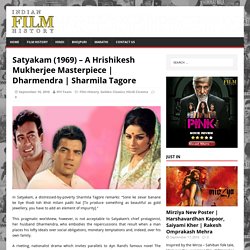 This pragmatic worldview, however, is not acceptable to Satyakam’s chief protagonist, her husband Dharmendra, who embodies the repercussions that result when a man places his lofty ideals over social obligations, monetary temptations and, indeed, over his own family. A riveting, nationalist drama which invites parallels to Ayn Rand’s famous novel The Fountainhead, Satyakam asks, ‘In an imperfect world, is it possible to be an honest, unadulterated individual?’ The story unfurls in the pre-Independence era, in 1946. Satyapriya (Dharmendra) and his friend Naren (Sanjeev Kumar) are set to part company after graduating from an engineering college.

Satyapriya’s ability to live by the truth undergoes baptism by fire at his very first job. Gulzar – The Journey of a Writer from Bandhini to Mirzya. When Gulzar saw the sea of bouquets that arrived at his doorstep in Pali Hill on Monday morning soon after the Oscar announcement, he told an old friend, poet Arun Shevate,Bhai, why don’t you remove the cellophane wrapping so that the flowers can breathe. 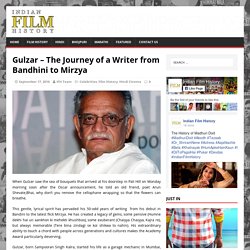 This gentle, lyrical spirit has pervaded his 50-odd years of writing from his debut in Bandini to the latest flick Mirzya. He has created a legacy of gems, some pensive (Humne dekhi hai un aankhon ki mehekti khushboo), some exuberant (Chaiyya Chaiyya, Kajra re), but always memorable (Tere bina zindagi se koi shikwa to nahin). His extraordinary ability to touch a chord with people across generations and cultures makes the Academy Award particularly deserving. Jaundyana Balasaheb. Tutak Tutak Tutiya Trailer ft Sonu Sood, Prabhu Deva and Tamannaah. After sitting on the director’s chair for a long time, the successful filmmaker is back to his original personality in a dancing avatar. We are talking about Prabhu Deva – the man with no bones in his body. Pooja Entertainment and Films limited in association with Shakti Sagar Productions presents ‘Tutak Tutak Tutiya’, a horror comedy starring Prabhu, Sonu Sood and the gorgeous Tamannaah.

Sushant Singh Rajput launches Motu Patlu: King of Kings 3D Trailer. India’s favorite awesome twosome from Furfurinagar, Motu Patlu are all set to enthrall children with their maiden theatrical outing – Motu Patlu King of Kings. The magnum opus is Viacom18 Motion Pictures’ first ever homegrown 3D stereoscopic animated movie based on the very popular Lotpot characters Motu Patlu currently featuring on Nickelodeon. Releasing on October 14, 2016 – the film will give children a chance to have an explosive holiday experience with their family and the beloved characters.Wishing good luck to Motu Patlu for their new innings at the trailer launch was the versatile Sushant Singh Rajput who is currently all enthusiastic to play the enigmatic Dhoni in his biopic MS Dhoni – The Untold Story.

Best friends Motu Patlu are the lovable awesome twosome residing in a small town in the heartland of India, known as Furfuri Nagariya. On their big screen debut, the awesome duo Motu Patlu said “We are super excited to be debuting in a magnum opus 3D stereoscopic film. Average Ratings. Average Ratings. Parched Official Trailer: This Radhika Apte film is not about a nude video. Actor-Filmmaker Ajay Devgn has announced the release date of his production “Parched” starring Radhika Apte in the lead role.

The movie will hit theaters on September 23 and the trailer has been unveiled. And we must confess it has only increased the inquisitiveness about the subject. Set in the rural countryside of Rajasthan, the film “Parched” talks about the story of four women and their journey of liberation from a drought hit village. We get to see Rani, Lajjo, Bijli and Janaki, four ordinary women, impenitently talk about their individual struggle involving men, sex and life. The film stars Radhika Apte, Tannishtha Chatterjee, Surveen Chawla, Lehar Khan, and has its world premiere at the Toronto International Film Festival.