How to turn Images to One Color in Photoshop. It’s been a while since I posted a photo tip, and this is also a Decorating with Pictures idea! 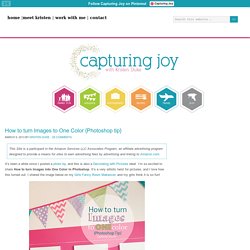 I’m so excited to share How to turn Images into One Color in Photoshop. It’s a very artistic twist for pictures, and I love how this turned out. I shared the image below on my Girls Fancy Room Makeover, and my girls think it is so fun! Since I already had my Fancy Gallery Wall in my girls room, I wanted a few more pictures up from that shoot, but more subtle. Above their headboard provided just the spot for 3 white frames and pictures, so I decided to turn each image into just one color for a splash of ARTSY mixed into the scene. In Photoshop, I’m often using the Color Value.

Once I had my preferred colors, this is how I made my art: Here is a screen shot of step 1 Step 2: Step 4 I printed my image on cardstock on my home printer, but you can also print at a photo lab. Create A Fantasy Sunset Portrait In Photoshop. Article : Gracie RyanJanuary 5, 2017 Photography can transport us to distant, wild and even magical lands. 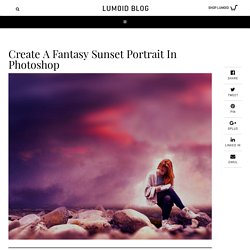 It can force us to expand our minds and believe in things we never thought could’ve been possible. With this tutorial, you can add a magical effect to any portrait, automatically transporting the subject into a land far, far away. Open your portrait in Photoshop. Portraits with distinct foregrounds and backgrounds where the subject is a clear part of the foreground work best. Start by duplicating the background layer. A new editing screen will pop up. Bump down the Yellows slider to about -60 and the Greens slider to about -40.

Then, select the Saturation tab and turn the Yellows up to about +30 and the Greens up to about +80. Zoom in until your subject fills the screen. Adjust the sliders until you have a nice, smooth border. Load the selection of your subject by holding down Control and clicking on the layer mask. Creare un'istantanea grazie al pannello storia ⋆ Total Photoshop. Immagine in movimento con le Sfocature. Come creare immagini che “escono” dalla cornice in Photoshop. Fotolia IT » Aggiungi profondità di campo a un’immagine. Non molto tempo fa, ho scritto un tutorial sul blog Fotolia su come aggiungere la sfocatura a iride (Iris Blur) a un’immagine, per alcuni infatti questa è un’ottima tecnica per applicare una sfocatura che aggiunga profondità di campo. 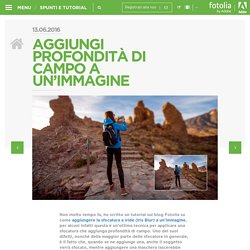 How to make quick selections in Photoshop. The ability to perform simple cut-outs and masking tasks is a basic requirement of any designer and often forms the backbone of any Photoshop work that you may undertake. 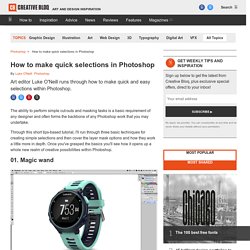 Through this short tips-based tutorial, I'll run through three basic techniques for creating simple selections and then cover the layer mask options and how they work a little more in depth. Once you've grasped the basics you'll see how it opens up a whole new realm of creative possibilities within Photoshop. 01. Magic wand The magic wand is the quickest and perhaps simplest way to meek simple selections within Photoshop. Simply navigate to the wand tool and then up the tolerance to 30 and click on the white area to make your selection. Fotolia IT » Crea una retroilluminazione con Photoshop.

Create a textured collage with vector imagery and papercraft photography. Retro effects and collage maker tools are very much in vogue at the moment, with people turning to scrapbook-style collages to distribute their photo collections. 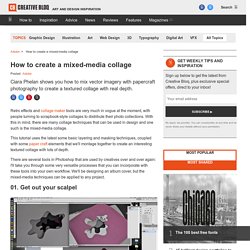 With this in mind, there are many collage techniques that can be used in design and one such is the mixed-media collage. This tutorial uses the latest some basic layering and masking techniques, coupled with some paper craft elements that we'll montage together to create an interesting textured collage with lots of depth. There are several tools in Photoshop that are used by creatives over and over again: I'll take you through some very versatile processes that you can incorporate with these tools into your own workflow. We'll be designing an album cover, but the mixed-media techniques can be applied to any project. 01. This image is all about experimentation, mixing a variety of elements with lots of different techniques to create depth and layering. 02. How to Age a Photo in Adobe Photoshop - Envato Tuts+ Design & Illustration Tutorial. 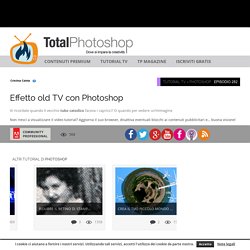 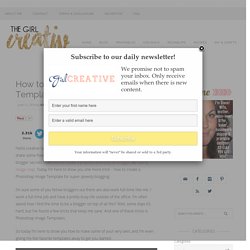 We promise not to spam your inbox. Only receive emails when there is new content. How to create a futuristic city with Photoshop textures. Over the course of this workshop I'll show you how to develop thumbnails and sketches before locking down any designs for the final render. 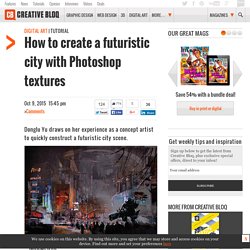 It's important to plan your steps before lifting the stylus and beginning to paint. A concept artist's role is to bring different visual solutions to the table, not merely produce a collection of well-rendered artwork. There is a big difference between the fields of concept art and illustration, even if the line between the two has become blurred because of many types of digital art that’s available for viewing online. Subscription offer I'll start by choosing appropriate photos, and make custom shapes from them to quickly generate a large range of possible compositions. Here, I'll take the chosen sketch to the colouring phase, revealing the Photoshop techniques and the tools that I use to bring colour into the scene. Watch the full tutorial. Quick tip: Pasting content into layer masks. Create ice effects in Photoshop. How to Post-Process a Milky Way Photo in Lightroom. Photographer Michael Shainblum created this 20-minute step-by-step video showing how he goes about post-processing a Milky Way photograph using Adobe Lightroom CC. 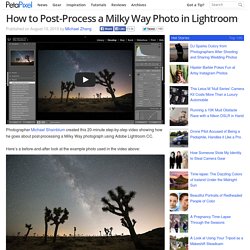 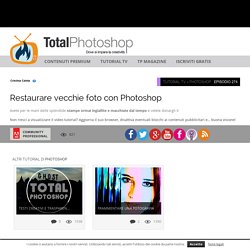 Dario Giannobile, Astrophotography...Behind the scenes! We do not need to wait for a lunar eclipse to shoot at a Red Moon! With the words Red Moon we usually refers to a very particular event: The Lunar Eclipse. During this phenomena, the Moon does not disappear but it is enlighten by the solar rays that pass through the earth’s atmosphere east and west during the sunset and the sunrise. The same phenomena of light scattering that make us sense the orange hues of twilight and dawn, casts the moon with the same colors. RGB to CMYK: how to prepare photos for print in Photoshop. In this photo editing tutorial we show you how to convert images from RGB to CMYK in Photoshop to produce perfect colour prints. After processing a photo to look good on screen, you may end up with a print that suffers from shifts in colour.

The discrepancy between the screen and print colour is caused by a variety of factors. Your computer’s screen produces millions of colours by mixing reds, greens and blues (RGB) together, while most domestic printers combine cyan, magenta, black and yellow (CMYK) inks to create a narrower range of colours. Colours that can’t be printed are referred to as ‘out-of-gamut’ colours.

SEE MORE: Best monitor for photo editing – 10 top options tested and rated. How to use Clipping Masks in Photoshop. Photoshop Dispersion splatter effect. The photoshop dispersion effect, splatter effect, shatter effect, whatever you want to call it is a very popular technique to use on photographs, particularly those with movement. Since this is such a popular technique, I figured I would take a stab at a tutorial, doing it my way. So here is a very simple way of getting this effect. I say simple, because the mechanics are actually not that hard. choosing the best brushes and where to use them does take a bit of practice to get decent results. So if you don’t get a good result the first time, don’t worry, just keep trying. Photoshop tutorial on dispersion effect - Guardalo. 8 dos and don'ts of image sharpening. Most digital images need sharpening to correct the softening that occurs as a result of the demosaicing process and (in many cases) the presence of an anti-aliasing filter a camera’s sensor.

Let’s take a look at some of the dos and don’ts of image sharpening. 1. Do sharpen images Sharpening is an important stage in the process of making an image look it’s absolute best, so don’t forget it! It works by adjusting local contrast, changing the nature of the brightness transition along edges within an image. Longer Than Life. Love Me – Photoshop Manipulation Tutorial. Valentine’s day is around the corner so I thought it would be nice to make something related to that.

This is a manipulation tutorial that’s suitable for beginners and advanced Photoshop users alike. There are only a few stock images used to make this so it’s easier for me to explain and for you to reproduce. Have fun. Resources Download details Video version (1280 × 720 .mp4 format)Step by step text format (HTML format)Stock imagesOriginal PSD file Download video and source files (303mb) Video version.

Creating photo manipulation like above photo is very easy and simple to do. With Photoshop CS5 or Cs6, creating wallpapers like this is easy and very simple. All you need to know is how to use various tools, effects and filters embedded within the software. Decomposing Sharpening. Use Render Flames to add realistic fire in Photoshop CC 2014. Combine pictures in Photoshop seamlessly to create a stunning photo-illustration. Simple Pop Art Effect. Written by Steve Patterson.

In this Photoshop Effects tutorial, we're going to see how to turn a photo into a simple 1950's and 60's pop art-style effect. If you can make a selection with the Lasso tool and you understand the basics of using layers in Photoshop, you have all the skills needed to create the effect. We're going to be using the Lasso tool, or the selection tool of your choice, a simple Threshold image adjustment, and a lot of solid color fill layers.

Best of all, when you're finished, all of the colors in the effect remain completely editable, so you can go back and change them any time you want, or make multiple versions of the same image using different colors, which is a popular thing to do with this effect. Here's the image I'm going to be working on throughout this tutorial: And here's the pop art effect we're aiming for: Let's get started! Step 1: Draw A Selection Around The Main Subject Of Your Photo Step 2: Copy The Main Subject Onto A New Layer And there we have it! Tutorial: Rompere una testa. Create a Hollow Head Effect in Photoshop. Non ti piace? cambiagli la testa con Photoshop ← Fotolia IT. Photoshop. Tutolrial sulle esposizioni multiple. Photoshop: come creare effetti di luce su un’immagine ← Fotolia IT. Eric Renno, aka TipSquirrel,Photoshop Guru e ospite fisso del blog, ci racconta in un dettagliato tutorial, come creare fasci di luce con Photoshop.