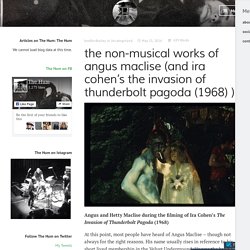 His name usually rises in reference to his short lived membership in the Velvet Underground. He was the band’s first drummer, which makes him a mythic figure for many of their fans. When I first began to come across mentions of his name as a teenager, I was unaware of this association. I uncovered him as an extension of my interest in the creative efforts of the counterculture during the 60’s. Hugo Ball on DaDa! Dada Manifesto 1918. Toshio Matsumoto - Metastasis (1971) 1928 Dadaist Film. Fluxus Vostell 1963 Sun in Your Head Television Decollage Fluxus Films experimental. The ABC's of DADA (1 of 3) Amanita (1974) Upper West Side 1977. A Man Records The Northern Lights During A Superstorm, And What Happens Is Amazing.

When it comes to writing bucket lists, most people focus on activities that really get the adrenaline pumping, like skydiving and base jumping. 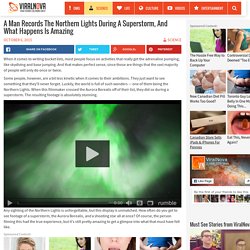 And that makes perfect sense, since those are things that the vast majority of people will only do once or twice. Some people, however, are a bit less kinetic when it comes to their ambitions. "POPUP" de Belinda Annaloro. The Velvet Underground and Nico '66. Mister Rogers Remixed. HAPPY TRAILS UPDATED TRACK. Jefferson Airplane Wakes Up New York; Jean-Luc Godard Captures It (1968) Jefferson Airplane - House at Pooneil Corners - Manhattan Rooftop Concert (1968) 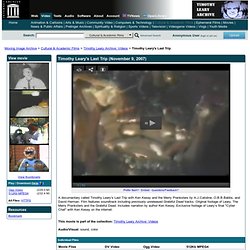 --'--> in-browser video player requires JavaScript to be enabled. It appears your browser does not have it turned on. Please see your browser settings for this feature. </div> Fifth Element - Zorg. Antonio Gaudi 1984 DVDRip Xvid. The Beach Boys Shred I Get Around. Watch a Six-Year-Old Breakdancer Destroy Her Competition. The boy had classic moves, a solid groove, and decent control. 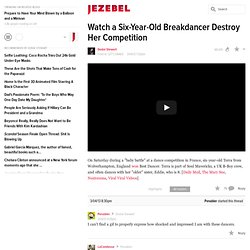 He was excellent and well disciplined for sure. I commend him for his sportsman ship. But...DAMN that little girl brought it! Her moves were solid. Now execution wise I'd say she needs a few more years to get real control of her movement and to transition more smoothly into the next steps. The Mast - Emerald. "Turn! Turn! Turn!" - A Film by Jud Yalkut - 1968. John Whitney - Arabesque (1975) early computer graphics. John Whitney-Matrix III (1972) John Whitney "Catalog" 1961. Home Movie of Superman Balloon in Macy's Thanksgiving Day Parade 1940. Grand Canyon [TBS@USA 12/13] The Fire & The Ash: A Short Documentary On Burning Man 2012. Check out this short documentary by Aaron Freeder as he travels through the recent 2012 Burning Man Festival, an 8-day event in Nevada’s Black Rock Desert where a city is built from scratch and torn down immediately after. 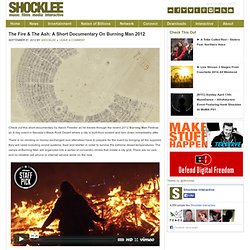 There is no vending or money exchanged and attendees have to prepare for the event by bringing all the supplies they will need including sound systems, food and shelter in order to survive the extreme desert temperatures. The camps at Burning Man are organized into a series of concentric circles that create a city grid. There are no cars and no reliable cell phone or internet service while on the rock. The Joshua Light Show - Liquid Loops (1969) Mickey Mouse BW Cartoon - Wild Waves (1929) Marilyn Monroe Happy Birthday Mr President. This Exquisite Forest. 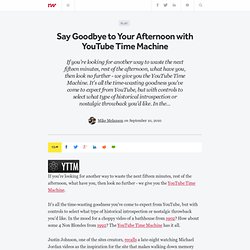 It's all the time-wasting goodness you've come to expect from YouTube, but with controls to select what type of historical introspection or nostalgic throwback you'd like. In the mood for a choppy video of a bathhouse from 1902? How about some 4 Non Blondes from 1992? A Fractal Gallery.

Beautiful!! digging the soundtrack too – lovevolv

It's my first video on Vimeo. Hope to produce more. Hope you enjoy the depth of it. – pauljacobson 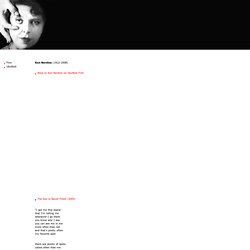