The world’s only giant singing bowl is in Switzerland! A few days ago I had the unique opportunity to experience first hand something unique and truly magical which not many get to experience. 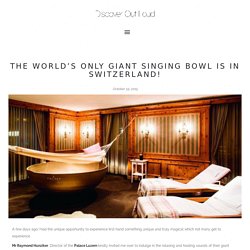 Mr Raymond Hunziker, Director of the Palace Luzern kindly invited me over to indulge in the relaxing and healing sounds of their giant singing bowl. In all honesty I had no idea what to expect other than an out of the ordinary experience (I purposely didn’t do a lot of research prior to going to remain as surprised and impartial as possible). I’m always open to discoveries especially when they are of holistic nature so I knew that no matter what awaited me it could only be great. Yellow in motion. - Swiss Post. Navigation and service area Swiss Post Service navigation Breadcrumb navigation > Home Main Navigation Search Additional Content. 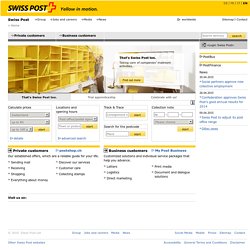 Watson (watson_news) Mammutmuseum Niederweningen - Info in english. Opening times Every Sunday from 2 p.m. to 5 p.m.Group visits out of regular opening times by appointment Appointments for groups. 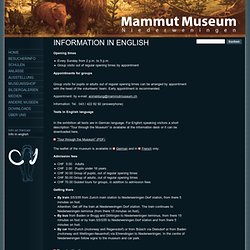 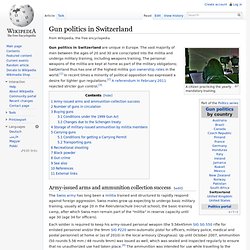 Gun politics in Switzerland are unique in Europe. The vast majority of men between the ages of 20 and 30 are conscripted into the militia and undergo military training, including weapons training. The personal weapons of the militia are kept at home as part of the military obligations; Switzerland thus has one of the highest militia gun ownership rates in the world.[1] In recent times a minority of political opposition has expressed a desire for tighter gun regulations.[2] A referendum in February 2011 rejected stricter gun control.[3] Army-issued arms and ammunition collection success[edit] The Swiss army has long been a militia trained and structured to rapidly respond against foreign aggression. In October 2007, the Swiss Federal Council decided that the distribution of ammunition to soldiers shall stop and that all previously issued ammo shall be returned. 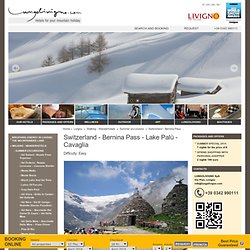 After about twenty minutes we cross the dam of the same lake and descend a few tens of meters before a climb that takes us to the refuge Sassal Masone with its typical “trulli” and its splendid view of the peak of Palù and the waterfall below. Switzerland's Expat Community. Everything You Don’t Need And Can’t Live Without. In English, terms like into attic sales, flea markets, secondhand, garage sales, car boot sales, all mean cheap prices on used stuff. 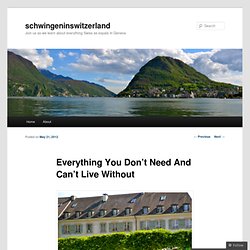 In French, terms like brasserie, vides greniers, marche aux puces, brocantes, all mean about the same thing. In 1754, Carouge, just beyond Geneva’s city limits, was granted to Victor Amideus, King of Sardinia. It became a refuge for Catholics, less puritanical Protestants, and even Jews. Its streets are laid on a grid pattern with lots of trees and planters. The city has low Mediterranean style buildings and interior courtyard gardens. Some people have a problem with buying or using people’s old stuff. We don’t have children, but I wanted to buy some of the toys anyway. I think these sales are great places to pick up unusual souvenirs.

I got a couple of Swiss army knives, a couple of old champagne buckets (to use as planters on my balcony), a leather purse big enough to hold my giant camera (super cute for summer), and a Sherlock Holmes book (in French). 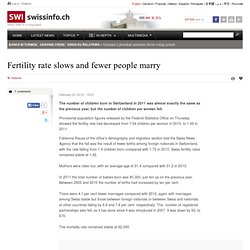 Provisional population figures released by the Federal Statistics Office on Thursday showed the fertility rate had decreased from 1.54 children per woman in 2010, to 1.49 in 2011. Fabienne Rausa of the office’s demography and migration section told the Swiss News Agency that the fall was the result of fewer births among foreign nationals in Switzerland, with the rate falling from 1.9 children born compared with 1.75 in 2010. Swiss fertility rates remained stable at 1.42. Mothers were older too, with an average age of 31.4 compared with 31.2 in 2010. Swiss blogs and Twitter search, discover, see, The Alternative Swiss German Dictionary.