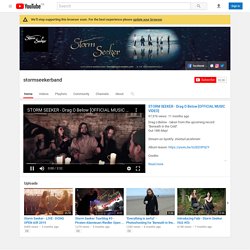 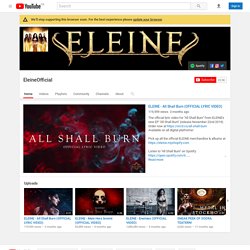 Order now at on all digital platforms! Pick up all the official ELEINE merchandise & albums at. ELEINE - Enemies (OFFICIAL VIDEO) SEMBLANT. From the album OBSCURA. 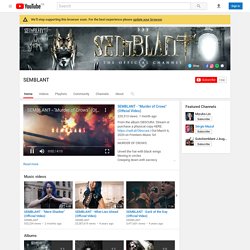 Stream or purchase a physical copy HERE: | Out March 6, 2020 on Frontiers Music Srl. -----------MURDER OF CROWS Unveil the foe with black wingsMoving in circlesCreeping down with secrecyAwaiting its preyConsumed by eyes full of envyFlesh and blood in its teethThe sum of one and the sameAligned by vanity (No matter who you trust)By the ashes and the dust(Reach the point of no return) As we lie here bleedingShadows stand belowWhen time feels convenientBefore the afterglowUnveil the foe with black wingsWith its murder of crowsA sum of all and the sameImminent vertigo. SEMBLANT - What Lies Ahead. Dark Sarah - Topic. Promise. Aurora - Animal (Live at The Current) AURORA. The Current. Tash Sultana - Jungle, extended version (Live at The Current) 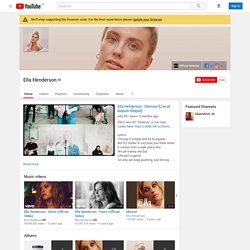 Listen here: Lyrics:I’ll keep it simple and try to explain But it’s harder to say than you think when it comes from a dark place like We all wanna win but Life ain’t a game So why we keep pushing, and driving ourselves til we’re insane We gotta live with the choices we make But if we get it wrong We can’t blame no-one When it’s your sanity that’s at stake Please don’t lose your light You’ll lose your mind We got flaws in all of us But that’s what makes us... glorious Time go’s by in front of us So let’s just make it… glorious I could be kinder, to myself on days Whenever I look in the mirror, and talk to my body and say… It be could tighter…Ain’t it a shame… That We struggle to see that beautiful comes in a million ways.

RuthAnne. Nightwish. JuliaBrennanVEVO. Julia Brennan - Inner Demons. Chloe Adams. 'Don't Shoot That Gun’ is OUT NOW 👇🏼 Subscribe for more ♡'Don't Shoot That Gun' Lyrics: I used to think the world was safeThere's nothing I would change,Now I'm afraid to step outsideOr book a holidayThe things I'm seeing on the newsWanna turn back time and say'Don't shoot that gun, don't shoot that gun' We shouldn't feel anxietyTo take our kids to schoolWhat's with this new society? 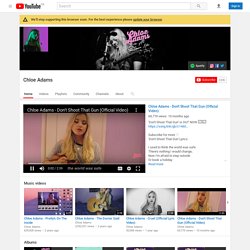 Annablutube. Anna Blue- Silent Scream. MIIA. Dynasty (Official Music Video) Zedd. Zedd, Foxes - Clarity (Lyrics) Melanie Martinez - Mad Hatter (Lyrics) MARINA. Ava Max. Ava Max - Sweet but Psycho. LikeARiver. Insane Like Me – Gasoline. Ciara - Paint it Black (The Last Witch Hunter soundtrack) LanaDelRadio. Lana Del Rey - Gods & Monsters. Emily Browning - Sweet Dreams. DarkTunes Music Group. Taken from the album "From Ashes To Flames":► Get it now: MERCH (Band Shop): MERCH (Label Shop): more infos below LYRICS: This Is The End A book in her hands, a smile on her lipsThe eyes full of hope, she looks at me I don't know how to tell herThis is no longer reality I would like to show her the green of the springI would like to make her dreamI want her to smell the flowers,To lay on the grass, and climb the trees I wonder how I could have been so blind? 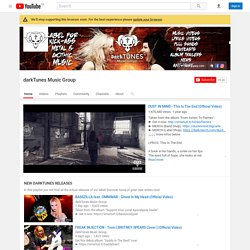 Cities are burning, trees are dyingWhat did I have in mind? This is the endThis is the end I see this is the end This is the end It's easier to live in ignoranceThis way you feel invincibleIt's time to explain to your childrenThe real face of humanity. Dark Sarah - "Dance With The Dragon" feat. JP Leppäluoto. BlackbriarMusic. We proudly present you our brand new song and music video called “Mortal Remains”, we’ve gone deep and dark with this one. 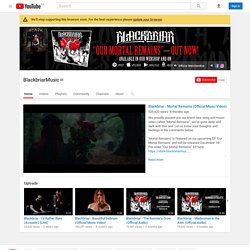 Let us know your thoughts and feelings in the comments below. Alessia Cara. LindseyTime. Lindsey Stirling. Paramore. Billie Eilish. Ellie Goulding - Love Me Like You Do - Fifty Shades of Grey. Little Mix. Melanie martinez. Hayley Kiyoko. Hayley's new single "She" available now from her project 'I'm Too Sensitive For This Shit' - Hayley's debut album "Expectations" available now: Subscribe for the latest official music videos, performances, behind the scenes and more Hayley: Follow Hayley. 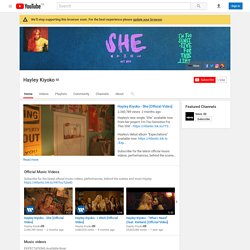 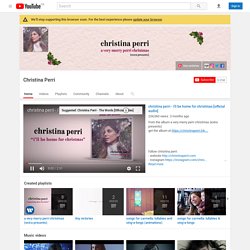