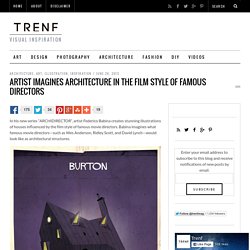 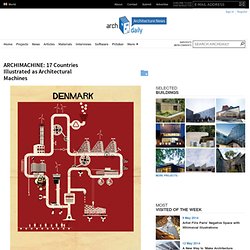 ARCHIMACHINE is a series of “17 illustrations of fantastic machines representing 17 countries whose gears are made and operated by architecture. Mechanisms suspended in time and space that produce and process culture.” The Latest Illustration from Federico Babina: ARCHIPORTRAIT. ARCHISET: An Illustrated Tribute to the Interiors of Classic Cinema. Quadra Gallery Posters. Study Proves Design Significantly Impacts Learning. For decades, schools have slowly morphed into prison-like facilities with artificially lit rooms and barricaded playgrounds. 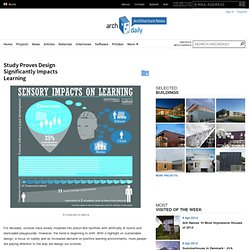 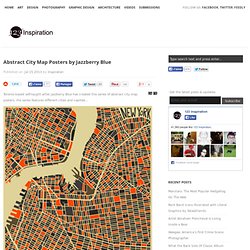 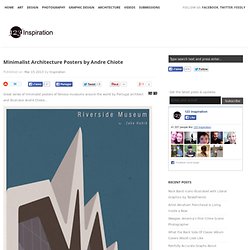 All the Buildings in New York…Drawn by Hand. ALL THE BUILDINGS IN NEW YORK is a blog, a book, and, above all, illustrator James Gulliver Hancock’s love letter to New York City. 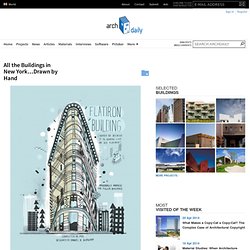 As his website reveals, Hancock “panics that he may not be able to draw everything in the world… at least once.” Since Kindergarten, he’s been obsessed with drawing in meticulous detail (or, as he tells the Atlantic Cities, with a mix of “technicality and whimsy”), a characteristic this native Australian brought with him when he moved to Brooklyn, New York. What began as a blog, All The Buildings In New York, to keep track of his many sketches of New York’s architecture (particularly the brownstones), is now a book (All The Buildings in New York: That I’ve Drawn So Far - which includes about 500 drawings). Grimshaw Reveals Aviation Vision for London. Grimshaw Architects are the latest practice to add their voice to the debate surrounding the capacity problem of London’s airports. 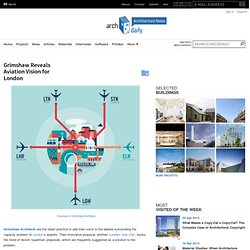 Their innovative proposal, entitled ‘London: Hub City’, bucks the trend of recent ‘superhub’ proposals, which are frequently suggested as a solution to the problem. Instead of creating a large ‘airport hub’ on a single site separated from the city, Grimshaw’s design prioritizes construction of new express lines by creating a ‘City Hub’ that allows passengers to transfer between London’s existing airports via the city center.

The benefit being that expansion could be spread amongst its four existing airports incrementally, as needed, instead of being concentrated on the construction of one ‘super-hub’. More on Grimshaw’s aviation proposal for London after the break. Infographic: Public Interest Design. Public Interest Design is the next frontier of the sustainability movement. 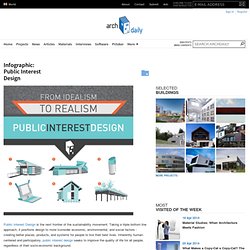 Taking a triple bottom line approach, it positions design to more tconsider economic, environmental, and social factors - creating better places, products, and systems for people to live their best lives. Inherently human-centered and participatory, public interest design seeks to improve the quality of life for all people, regardless of their socio-economic background. Embed this Infographic, just copy/paste this code: <a href=” src=” /></a><strong><a href=” Public Interest Design – more at ArchDaily.com</a></strong> Earth Day inspires us to take a closer look at LEED. Infographic: The Bauhaus, Where Form Follows Function.

From the “starchitect” to “architecture for the 99%,” we are witnessing a shift of focus in the field of architecture. 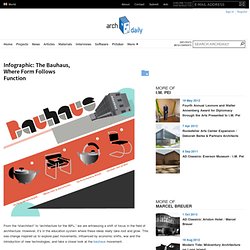 However, it’s in the education system where these ideas really take root and grow. This sea change inspired us to explore past movements, influenced by economic shifts, war and the introduction of new technologies, and take a closer look at the bauhaus movement. Often associated with being anti-industrial, the Arts and Crafts Movement had dominated the field before the start of the Bauhaus in 1919. Wish You Were There. Landschaft Mit Haus. An All Nighter Original. The Infamous Press book cover concepts. Posters by modernist architects.