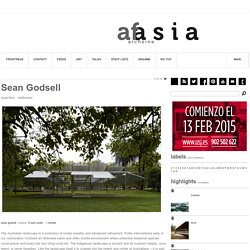 Melbourne Sean Godsell . Photos: © Earl Carter . + morfae The Australian landscape is a confusion of innate brutality and introduced refinement. Polite interventions early in our colonisation 'civilised' an otherwise harsh and often hostile environment where unfamiliar botanical species could poison and every bite and sting could kill.

The introduced landscape design in cities like Melbourne provides contrast and relief, and in that relief exists another type of beauty – shade, autumnal colour, soothing lushness to offset the incessant dry. The Institute for Advanced Architecture of Catalonia's Brilliant, Passively Sun-Aware Endesa Pavilion. Last November an odd-looking wooden structure went up at the Olympic Port in Barcelona. 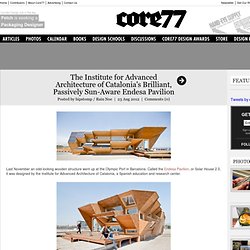 Called the Endesa Pavilion, or Solar House 2.0, it was designed by the Institute for Advanced Architecture of Catalonia, a Spanish education and research center. The Pavilion was ingeniously designed and sited for the exact position it occupies on Earth. The sun's seasonal path was mapped, and all of the house's odd angles you see are purposefully calculated rather than being architectural whimsy: The windows provide illumination all year 'round, but allow no direct sunlight during hot summer months, and plenty during winter months. Overhangs placed directly in the sun's line of sight are bristling with solar panels. In addition to the clever and observant design, CNC fabrication is what makes houses like these feasible. Carmody Groarke - frieze art fair pavilions . london. 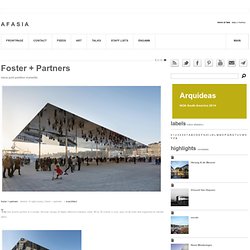 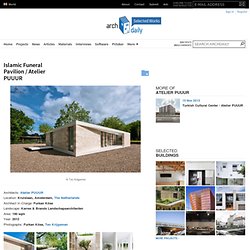 The new Islamic cemetery next to it is also the largest, general Islamic burial place in the Netherlands, with space for about 1400 graves. The building was designed by the Amsterdam architecture firm Atelier PUUUR. The new Islamic cemetery located in the southwest corner of the New Eastern Cemetery, with the new, second entrance on the Rozenburglaan. Pavilion of Tetrabriks / CUAC Arquitectura + Sugarplatform. Architects: CUAC Arquitectura, Sugarplatform Location: Granada, Spain Design Team Cuac Arquitectura: Tomás García Píriz, Javier Castellano Pulido Design Team Sugarplatform : Julian Fajardo, Cristophe Beaveuz Budget: 2,000 € Area: 450 sqm Photographs: Javier Callejas Sevilla In order to celebratre International Recycling Day, the Department of Environment of the Government of Granada got associated with the waste collection company (RESUR) for the diffusion and raising awareness of the recycling of a type of particular package, the carton of standard milk, the tetrabrik. 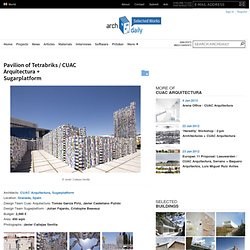 The idea was to research on the constructive possibilities of this unique item.. The result was a pavilion constructed with more of 45.000 cartons recycled by more than 100 colleges of the province of Granada that would beat the Record Guinnes in the category of Major Construction with Material Recycled of the World. The system would seek to minimize the type of information necessary to generate the greatest versatility. 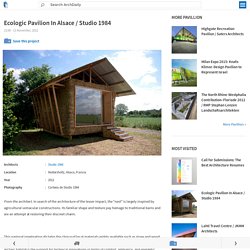 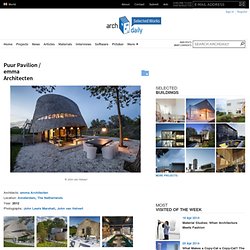 This historical defence line was recently put on the UNESCO world heritage list. This ignited a re-development plan for Fort Diemerdam to make it accessible to visitors, tourists and those interested. The existing bunkers and fortress guardian house have been restored. The original plan of slopes and strongholds is restored and a nature conservation program has started. Paviljoen Puur can be exclusively reserved for corporate and private events such as product presentations, meetings, corporate events and weddings.On Sunday and in the summer Paviljoen Puur is a place where everyone feels at home: young and old can enjoy indoor and outdoor atmospheric seasonal meals, tastings and a cultural program with theater and music. 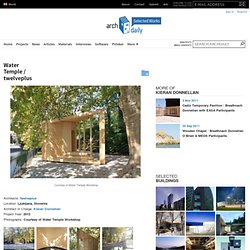 It was a collaboration by an interdisciplinary team of 15 students and young graduates from the MEDS community and 2 representatives of project sponsor DamaHaus, a Slovenian construction firm. The team was led by Irish tutor Kieran Donnellan and the name of the pavilion relates to aspects of its spatial configuration and use. 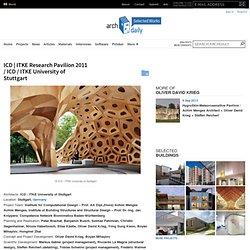 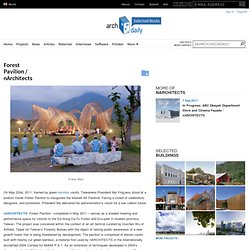 Get It Louder, an acclaimed biannual media and arts festival sponsored by Modern Media of China, features a series of lectures, screenings and exhibitions by over one hundred Chinese and foreign designers, artists, writers and filmmakers. Organized by an international team including Chinese curator and writer Ou Ning and design writer Aric Chen, this year’s theme “SHARISM” focuses on the relationship between public and private realms in the digital age. SO-IL was commissioned to design Get It Louder’s main pavilion, which serves as a central hub for the event and houses many of the festival’s activities. SO – IL conceived the “Flockr” pavilion as a structure that responds to its environment while also creating a sense of place through its basic form. Italian Pavilion / Shanghai 2010. For those of us not able to experience the Shanghai 2010 Expo in person, we hope these great photos by IODICEARCHITETTI of the Italian Pavilion will help convey the spirit of the project.