Petrol Prices Up By Rs 0.28/Litre; Diesel Prices Decreased By Rs 0.06/Litre. Petrol price was on Saturday hiked by 36 paise a litre, the third increase in two months, but that of diesel was cut by 7 paise per litre in line with international trends. 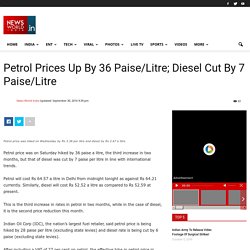 Petrol will cost Rs 64.57 a litre in Delhi from midnight tonight as against Rs 64.21 currently. Similarly, diesel will cost Rs 52.52 a litre as compared to Rs 52.59 at present. This is the third increase in rates in petrol in two months, while in the case of diesel, it is the second price reduction this month. Indian Oil Corp (IOC), the nation’s largest fuel retailer, said petrol price is being hiked by 28 paise per litre (excluding state levies) and diesel rate is being cut by 6 paise (excluding state levies). After including a VAT of 27 per cent on petrol, the effective hike in petrol price in Delhi came to 36 paise a litre. Petrol price was hiked by 58 paise, excluding state levies, on September 16. 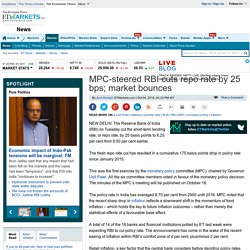 The fresh repo rate cut has resulted in a cumulative 175 basis points drop in policy rate since January 2015. This was the first exercise by the monetary policy committee (MPC), chaired by Governor Urjit Patel. All the six committee members voted in favour of the monetary policy decision. India to invest $2 bn in Sri Lanka in 4 years: Nirmala Sitharaman. Colombo, Sep 28 India will invest up to $2 billion in Sri Lanka over the next four years in a variety of sectors including real estate, energy and infrastructure, visiting Indian Commerce Minister Nirmala Sitharaman said on Tuesday. 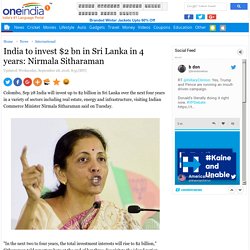 "In the next two to four years, the total investment interests will rise to $2 billion," Sitharaman told reporters here at the end of her three-day visit to the island nation. India is Sri Lanka's largest trading partner and both countries are considering a broader bilateral trade agreement. After meeting here with Sri Lankan Minister of international Trade Malik Samarawickrema and other officials, Sitharaman said that Sri Lanka's decision to scrap a joint venture coal power plant project will not deter India's future investment plans in the country. 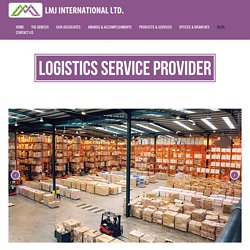 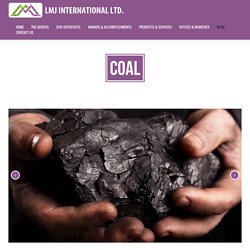 Coking Coal: India which is the fourth largest steel producer accounting for 5% of the world’s crude steel output is also the fourth biggest importer of metallurgical coal. It imported nearly 30-32 million MT in 2012. Met Coal is purchased entirely by state owned mills, private mills and coke makers from Australia, USA , Canada, Mozambique & Russia. LMJ nearly imports 2, 00,000 MT of coal every year to cater various steel mills and coke producers in the Eastern India.Thermal Coal: India is the third largest producer of coal with 588 million MT production in 2012. Today’s scenario is such that the domestic production is insufficient to cover the country’s fast growing needs-both for electric power producers and steel manufacturers. LMJ International Limited.

LMJ International Limited. Sesame seeds are one of the oldest seeds known to mankind. 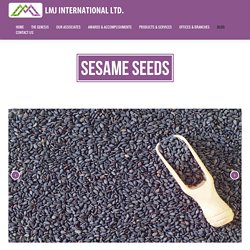 The sesame seed has excellent nutritional value. Sesame seeds add a unique, nutty flavour with a crunchy sensation to a variety of foods. Their small size and texture make sesame seeds the best choice for topping breads, bread-sticks and buns. Leading Exporter of Sorghum. LMJ International Limited. Soyabean and Rapeseed holds a very important position in the Indian agriculture and economy. 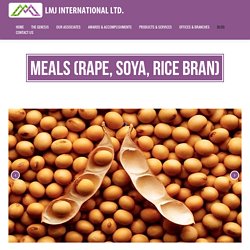 Indian soya meal is considered to be one of the premium soya meals and the European and Asian countries prefer to use it than any other soya meal. India exports approximately 65% of the total soya meal produced and have turned out to be one of the largest exporters of Soyabean Meal and Rapeseed Meal usually to the Asian countries like South Korea, Thailand, Philippines and Japan. We provide you the best quality Soyabeans / Rapeseeds and its meal products at best rates despite the volatilities in the market by taking care of the factors that influence the market like: • Weather most importantly during the pod bearing period. • Prices of the competitive commodities including oils. • Movement in prices in the international market. • Pests and diseases. • Fundamentals of the feed sector. • Crush margin. • Infections affecting poultry and cattle.

We are the importers of all types of pulses like peas from Canada, Chick Peas from Australia, Iran, Turkey etc. to meet the requirements of Indian market. The imported pulses are also being re-exported to various countries after being processed in our mills having ultra modern techniques. Spices Exporters & Importers. SPICES: “A tickling treat for your taste buds.” 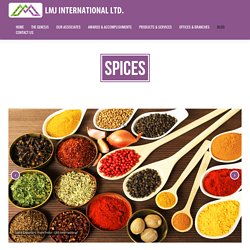 India, a country that is rich in heritage and tradition, is well known all over the world for its spices. No one can do without Indian spices as they have ruled over the minds and hearts of all, around the world. India was the nerve center of the spice trade and it is these very spices that led to various countries invading India as well as the discovery of the Americas by Columbus. LMJ International Limited. WHEAT: “Good bread is a great need in poor homes, and often-times the best appreciated luxury in the homes of the very rich.” 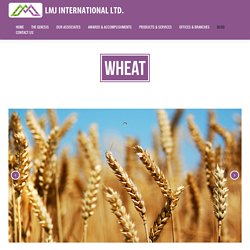 The exotic collection of company’s superior wheat grains and whole grains variety is the perfect choice of every household. The wholesome Indian wheat grains are rich in taste and nutrition. The wheat we export or retail, goes through different levels of cleaning making sure that it is free from all impurities and any contaminated materials. LMJ International Limited. RICE: “Our practiced hands create the perfect rice.” 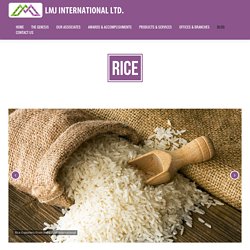 LMJ supplies finest varieties of Indian Rice both Basmati and Non-Basmati in its own as well as buyer’s brand and packaging, in bulk and variety of consumer packs. It has rice processing plants in the cities of Panipat, Delhi, Visakhapatnam, Kakinada and Kandla. Technologically advanced machinery are used for each sequenced step in the conversion process and collectively, these processing plants have a processing capacity of 1500 tons per day. Coffee Exporters & Importers. COFFEE: “We make serious coffee – so strong it wakes up even your neighbours.” Our Coffee division was established in the year 1986 presently having coffee plantations in Coorg District in Karnataka, is known for the best quality of coffee grown in the country. The plantations are ably supported by curing facilities at Kushalnagar with 20,000 MT PA capacity. Coffee is the second largest traded commodity in the world and India is one of the very few countries to produce both Arabica and Robusta coffee.

Grown mainly in the southern part of the country, Indian coffee has a growing international reputation. To create a perfect cup of coffee, we grow it, pluck it and process it for you. We take utmost attention while preparing the finest coffee, since, it is no longer a humble bean of indistinct origin and deserves to be vowed as gourmet coffee in the discerning cups making us amongst major coffee traders with annual global sales of about US$ 25 million. LMJ International Limited. To ensure an invigorating cup of the noblest quality, our master hands are working right from its plantation to the final aroma. LMJ took over Octavius Group and Industries Limited-one of the proudest names in the Indian Tea History. The company owns the finest gardens in the Dooars-Sylee and Nya Sylee Tea Estates, West Bengal spread across 2400 hectares (area under tea plantation) have an annual yield of 2 million kgs of tea. The company possesses an independent set up of HACCP and ISO22000:2005 certified processing and packaging units.

Freshly plucked leaves are brought to the factories situated at our gardens, for processing into “CTC leaf” and “Dust Tea”. To give you the best, we make sure that every step involved in the tea making process is done to perfection. Plucking: Proper plucking of our Tea leaves is as unique as its flavour. Withering: As known, in planter’s perception, “Withering makes or mars the tea”. Agro Commodity Exporters & impoters – LMJ International.