One Nation, Under God: The story of Christianity in America

What does it mean to be a Christian in America today? How does Christianity and concepts like "family values" intertwine with politics? What do Christians pray for? Are there deep divisions within the Christian faith? 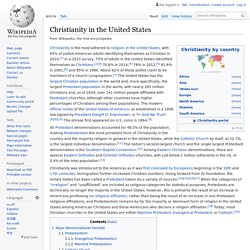 “Kentucky Family Values” is a Super PAC; It is NOT a “family values” group. — The Family Foundation. Caution: It’s just a Political Action Committee whose “values” are to elect Democrats. 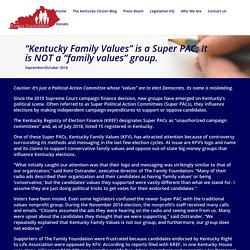 One of these Super PACs, Kentucky Family Values (KFV), has attracted attention because of controversy surrounding its methods and messaging in the last few election cycles. “What initially caught our attention was that their logo and messaging was strikingly similar to that of our organization,” said Kent Ostrander, executive director of The Family Foundation.

Voters have been misled. And where did their money come from? History of Christianity in the United States. Christianity was introduced to North America as it was colonized by Europeans beginning in the 16th and 17th centuries. 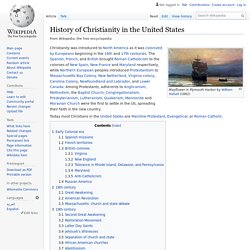 The Spanish, French, and British brought Roman Catholicism to the colonies of New Spain, New France and Maryland respectively, while Northern European peoples introduced Protestantism to Massachusetts Bay Colony, New Netherland, Virginia colony, Carolina Colony, Newfoundland and Labrador, and Lower Canada. Among Protestants, adherents to Anglicanism, Methodism, the Baptist Church, Congregationalism, Presbyterianism, Lutheranism, Quakerism, Mennonite and Moravian Church were the first to settle in the US, spreading their faith in the new country. Early Colonial era[edit] Spanish missions[edit] What Should We Pray For? If you are like me, you find that from time to time your prayer life needs a jolt out of the rut it has fallen into. 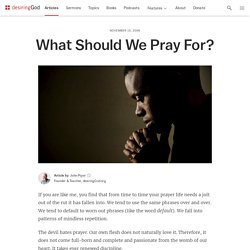 We tend to use the same phrases over and over. We tend to default to worn out phrases (like the word default). We fall into patterns of mindless repetition. The devil hates prayer. Our own flesh does not naturally love it. Years ago, when I wrote Let the Nations Be Glad, I argued that prayer is a wartime walkie-talkie, not a domestic intercom. Christian charity list. Bible Belt.

Cultural region of the United States The Bible Belt is a region of the Southern United States in which socially conservative evangelical Protestantism plays a strong role in society and politics, and church attendance across the denominations is generally higher than the nation's average. 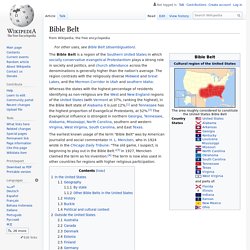 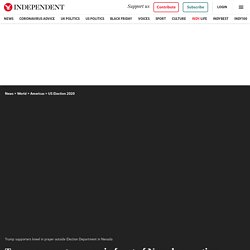 A video broadcast by ABC News showed several Trump supporters kneeling in prayer on the ground outside the Clark County Election Department as counting continued in the potentially pivotal state on Thursday. It came with the president’s Democratic challenger Joe Biden narrowly ahead in Nevada and just one or two state victories away securing enough electoral college votes to enter the White House. Nevada where election results have been delayed, is the smallest state yet to yield clear results but could still be crucial in propelling Mr Biden to the presidency. Thousands of mail ballots still need to be counted in Clark County, home to Las Vegas, which accounts for almost three-quarters of Nevada’s population and has so far seen a majority of votes to Mr Biden. Your daily US politics newsletter Sign up Already have an account? Jesus was on the side of the poor and exploited. Christian politicians should remember that. In the church I grew up in it was culturally assumed that Christians would vote Liberal. 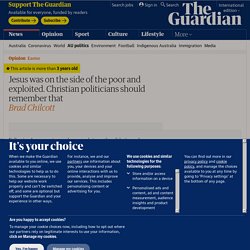 Jesus wasn’t party-partisan, we knew, but on “family values” issues – sexuality, marriage, abortion, euthanasia, drugs – we were pretty sure his values aligned with ours and so did the Liberal party’s and so a conservative victory was a win for the “Christian” way of life. What is a megachurch? 1. 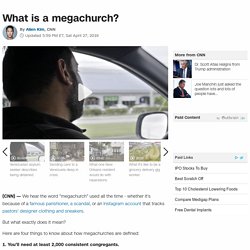 You'll need at least 2,000 consistent congregants. The Hartford Institute for Religion Research defines a megachurch as a Protestant congregation that has an average weekly attendance of 2,000 or more members in its worship services. Protestants aren't the only Christians who go to church in large numbers, of course - there are thousands of Catholic congregations that are just as big.