Apple: most popular app store categories 2015. Dcp171778_373584. Target millions of Londoners with Digital Escalator Panels - Exterion Media. Provided by Exterion Media Opportunity to use one of the most innovative, attention grabbing and entertaining ways to advertise to the modern consumer. 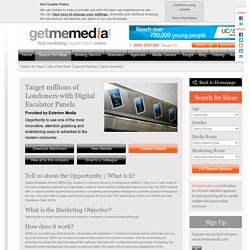 Tell us about the Opportunity / What is it? Digital Escalator Panels (DEPs) are located in London's premium Underground Stations. 7 Little Tweaks in Your Spending Habits That Add up to Big Savings… Girl_window_shopping-2105.jpg (JPEG Image, 465 × 700 pixels) Window-shopping.jpg (JPEG Image, 225 × 300 pixels) Quickstart: Facebook SDK for JavaScript. As mentioned, the code above uses the common defaults for the options available when initializing the SDK. 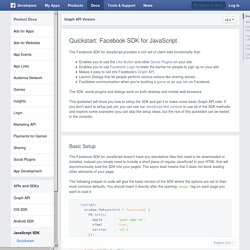 You can customize some of these options, if useful. Changing SDK Language In the basic setup snippet, the en_US version of the SDK is initialized, which means that all of the Facebook-generated buttons and plugins used on your site will be in US English. (However, pop-up dialogs generated by Facebook like the Login Dialog will be in the language the person has chosen on Facebook, even if they differ from what you've selected.) You can change this language by changing the js.src value in the snippet. Shopping, Productivity and Messaging Give Mobile Another Stunning Growth Year. In the six years that Flurry has been reporting on our mobile app usage, and in some cases addiction, we’ve seen stunning growth. 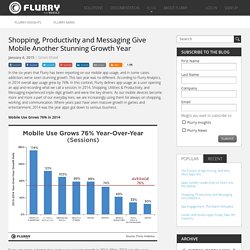 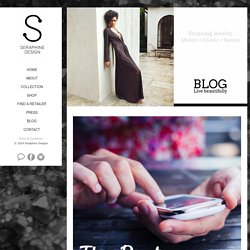 Experience the harmonious fusion of tech and all things pretty with these knockout apps. Beautiq. 20 Incredible Mobile UI Animations in GIFs. Storyboards and static screenshots don’t show any dynamism, whereas wireframes are visually plain and boring. Showcasing mobile app concept with how a screen or a particular function works in the app via gif animation is one of the lovely presentation skills of app developer and designer. In this post I wanted to highlight 20 Incredible Mobile UI Animations in GIFs that not only make things pretty but give a nice flowing experience to the end user. Gif Animation. Price-Tracking Service Nifti Switches Gears, Launches Social Polling App Cinch. Pricing tracking and alerts service Nifti is testing the waters with a new application called Cinch (no, not Klout’s advice-giving app also called Cinch, but very close.) 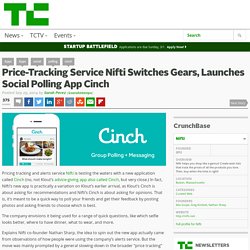 In fact, Nifti’s new app is practically a variation on Klout’s earlier arrival, as Klout’s Cinch is about asking for recommendations and Nifti’s Cinch is about asking for opinions. That is, it’s meant to be a quick way to poll your friends and get their feedback by posting photos and asking friends to choose which is best. The company envisions it being used for a range of quick questions, like which selfie looks better, where to have dinner, what to wear, and more. 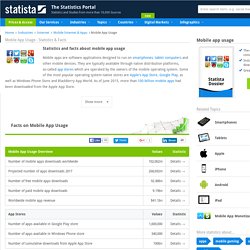 They are typically available through native distribution platforms, so-called app stores which are operated by the owners of the mobile operating system. Some of the most popular operating system-native stores are Apple's App Store, Google Play, as well as Windows Phone Store and BlackBerry App World. As of June 2015, more than 100 billion mobile apps had been downloaded from the Apple App Store. Whereas mobile apps were originally offered as productivity and information retrieval tools such as calendars, e-mail, stock market and weather information, the market has rapidly expanded due to public demand and availability of developer tools. Currently, some of the most popular app categories include gaming, entertainment and education. Many of the most popular mobile properties are mainly accessed via mobile apps instead of mobile browsers. 25-34 Year-Olds are the Heaviest Mobile App Users in U.S. September 15, 2014 By: Adam Lella The youngest users don’t always engage more on digital platforms. 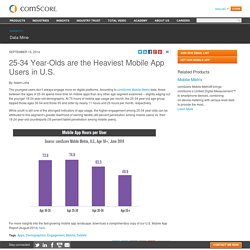 Etmc-2014mobilebehaviorreport.pdf. Smartphones: So Many Apps, So Much Time. Consumers are spending more time on their apps than ever before. 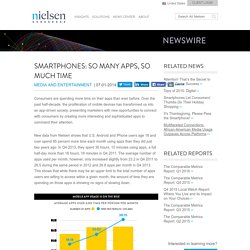 Over the past half-decade, the proliferation of mobile devices has transformed us into an app-driven society, presenting marketers with new opportunities to connect with consumers by creating more interesting and sophisticated apps to command their attention. New data from Nielsen shows that U.S. Android and iPhone users age 18 and over spend 65 percent more time each month using apps than they did just two years ago.