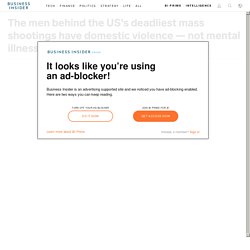 "Mental illness and hatred pulls the trigger — not the gun," Trump said, arguing that the US must reform mental health laws. Trump also suggested that mental illness is to blame for the killings that happened at the First Baptist Church of Sutherland Springs in Texas in November 2017. But scientists say the real problem is that violent, impulsive, and angry men are getting their hands on guns. Many of the shooters behind the deadliest mass shootings in modern America (listed below) committed violence against women, threatened violence against women, or disparaged women. Shayanne Gal/Business Insider According to the nonprofit Everytown for Gun Safety, the majority of mass shootings in the US are in some way related to domestic or family violence.

Perpetrators of domestic violence are legally barred from buying guns, according to federal law. The Sparta Fetish Is a Cultural Cancer. The Spartans, popular wisdom tells us, were history’s greatest warriors; in fact, they lost battles frequently and decisively. 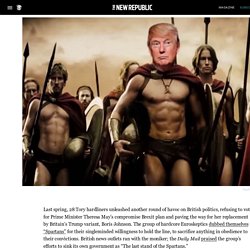 We are told they dominated Greece; they barely managed to scrape a victory in the Peloponnesian Wars with wagonloads of Persian gold, and then squandered their hegemony in a single year. We hear they murdered weak or deformed children, though one of their most famous kings had a club foot. They preferred death to surrender, as the legend of the Battle of Thermopylae is supposed to show—even though 120 of them surrendered to the Athenians at Sphacteria in 425 B.C.E. Terrorism does increase with immigration — but only homegrown, right-wing terrorism.

Elizabeth Warren Announces She Is Running for President in 2020. The 2018 White House Christmas Theme Is Apparently "The Shining" Why the people of Finland are trolling Trump by raking the woods. Alexandria Ocasio-Cortez Is Already Breaking the Rules. The Bannon-Frum Munk Debate: What Really Happened. As a debater, Bannon proved engaging and entertaining. 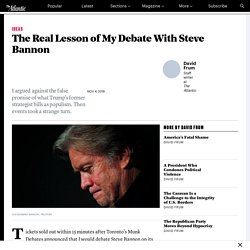 When one of his lines gained lonely applause from a single audience member, Bannon quipped, “Thanks, Mom.” That lit up the room. Read: Trump already won the midterms. A Week Of American Hate: Bombs Mailed, Black People Executed, Jews Slaughtered. Alexandria Ocasio-Cortez: Millennial beats veteran Democrat. Media playback is unsupported on your device A millennial candidate has shaken up the US Democratic Party by defeating the incumbent congressman for his seat. 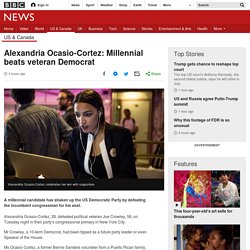 Alexandria Ocasio-Cortez, 28, defeated political veteran Joe Crowley, 56, on Tuesday night in their party's congressional primary in New York City. Mr Crowley, a 10-term Democrat, had been tipped as a future party leader or even Speaker of the House. Internal Server Error. After an opening day dominated by trade talk, Prime Minister Justin Trudeau shifted the G7 conversation to other pressing global issues on Saturday — climate change and empowering women — but at least one leader opted to skip part of the day's meetings. 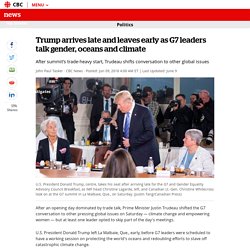 U.S. President Donald Trump left La Malbaie, Que., early, before G7 leaders were scheduled to have a working session on protecting the world's oceans and redoubling efforts to stave off catastrophic climate change. But Trump caused a stir even before his early departure by arriving late for the gender-focused breakfast session, billed by Canadian officials as a chance for leaders to draft "concrete actions for the G7 to advance gender equality and women's empowerment. Trudeau had welcomed everyone to the session, and Isabelle Hudon, Canada's ambassador to France, was making opening remarks when Trump walked into the room with his officials and members of his press pool. U.S. After the U.K.' Warren positions herself for potential 2020 run. Elizabeth Warren has spent the past year making a series of below-the-radar moves that would put her in prime position to run for president in 2020 if she decides to. 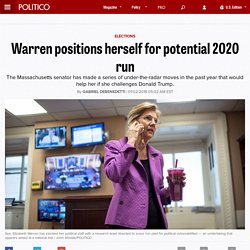 The liberal icon and Republican bete noire has amassed more money in her campaign war chest than nearly any senator in modern history, groomed political connections with Democrats who've been skeptical of her in the past, and worked to bolster her bipartisan and foreign policy bona fides. Story Continued Below. How I Feel As a Native Woman When Trump Idolizes Andrew Jackson. OG History is a Teen Vogue series where we unearth history not told through a white, cisheteropatriarchal lens. 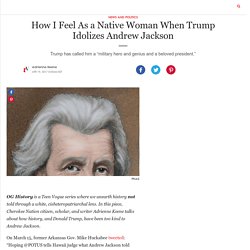 In this piece, Cherokee Nation citizen, scholar, and writer Adrienne Keene talks about how history, and Donald Trump, have been too kind to Andrew Jackson. On March 15, former Arkansas Gov. Mike Huckabee tweeted: “Hoping @POTUS tells Hawaii judge what Andrew Jackson told overreaching court-‘I’ll ignore it and let the court enforce their order.’” This evocation of Andrew Jackson was in response to U.S. District Judge Derrick Watson in Hawaii ruling against Trump’s revised travel ban. Sources close to the Trump campaign say it was most likely Steve Bannon who first told Donald Trump that he possessed striking similarities to our seventh president.

Jezebel. You Can Hate What Kathy Griffin Did. Here's Why You Should Defend Her Anyway. The Portland Heroes Who Stood Up To Hate.