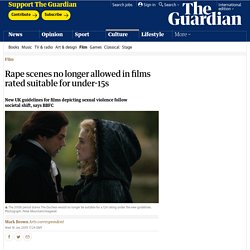 The British Board of Film Classification (BBFC) will on Thursday publish new classification guidelines explaining in detail why films get the ratings they are given, from U up to R18. By far the biggest change is around films that include sexual violence and pornography. The board said the changes were a result of a shift in public opinion over the last five years.

Under the new guidelines no film that contains depictions of rape or strong sexual violence will be allowed a rating below a 15. Drake Teenage Girls: Why 2019 Is the Year I’m Finally Over Him - FLARE. (Photo: Getty) It’s not hyperbolic to say that I love Drake. 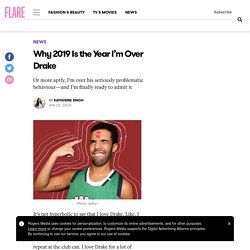 Like, I love Drake. I love Drake in the way only a millennial, Toronto-adjacent, Canadian woman who has requested “Nice for What” 10+ times on repeat at the club can. The Myth of the Teenage Temptress: Or Why A Young Girl Can Not Consent to Sex With An Adult Man. How Sexual Harassment Settlements Really Work - How to Negotiate a Settlement. Centring Youth Voices In Media Coverage Of Sexual Violence

Children and youth under the age of 18 are the most at risk for sexual assault in Canada, followed by young people aged 18-24, according to Statistics Canada. 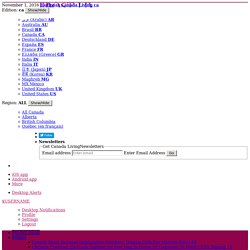 This issue is critically important to young people, but so often, older adult voices are prioritized. We spoke with Tessa Hill, Lia Valentis, and Destiny Laldeo about what youth are doing to shift rape culture to consent culture, and how media coverage of sexual violence can better support youth survivors. Destiny Laldeo is the cofounder of Bad Subject, which provides workshops on consent, rape culture and media literacy to high school students. Tessa Hill and Lia Valentis are the teenage activists behind the We Give Consent campaign and Allegedly the movie. We All Know A Brock Turner.

Are Male Athletes More Likely to Rape? Elijah Wood on Child Sex Abuse in Hollywood - Actor Claims 'Vipers' Prey on Young Stars. Elijah Wood started working in Hollywood when he was just 8 years old, and he's seen a lot of the dark side of the industry. 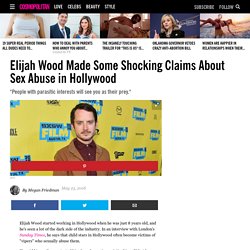 In an interview with London's Sunday Times, he says that child stars in Hollywood often become victims of "vipers" who sexually abuse them. He said his mother protected him from becoming a victim himself, but he knows he's one of the lucky ones. "From my reading and research, I've been led down dark paths to realize that these things probably are still happening," he said.

"[There are] a lot of vipers in this industry, […] there is darkness in the underbelly. " Advertisement - Continue Reading Below. 5 Ways Overprotective Fathers Reinforce Rape Culture. When I was a kid, the annual father-daughter banquet at my church totally creeped me out. 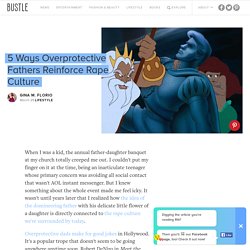 I couldn't put my finger on it at the time, being an inarticulate teenager whose primary concern was avoiding all social contact that wasn't AOL instant messenger. But I knew something about the whole event made me feel icky.

Social media. No, Seriously, This Guy Is Holding A "You Deserve Rape" Sign. Devon Murphy: Thanks Krista Ford, Now I'm Suffering From Rape Fatigue. Watch A Brave Little Girl Take On Her Rapists, Her Village, And Her Culture. If 'Rape Warnings' Belong on Alcohol Products, These Warnings Do Too. A useful rape analogy. ALL KINDS OF WRONG: 17-Year-Old Girl Tweets, Is Threatened With Jail, And Entire Internet Flips Out.

Savannah Dietrich, 17, was raped by two of her peers — who then took pictures and showed them to all of their friends. 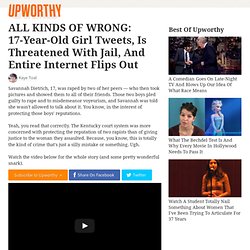 Those two boys pled guilty to rape and to misdemeanor voyeurism, and Savannah was told she wasn't allowed to talk about it. You know, in the interest of protecting those boys' reputations. Yeah, you read that correctly. The Kentucky court system was more concerned with protecting the reputation of two rapists than of giving justice to the woman they assaulted. Because, you know, this is totally the kind of crime that's just a silly mistake or something. Watch the video below for the whole story (and some pretty wonderful snark). Due to the Internet's collective outrage, the charges against Savannah Dietrich have been dropped — but only because everyone now knows these boys' names. To learn more about how you can support victims of assault and abuse, visit the Rape, Abuse, & Incest National Network (RAINN). Policing blame: Calls for the immediate withdrawal of West Mercia Police's anti-rape campaign.

Another day, another victim-blaming campaign. 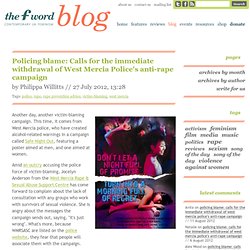 This time, it comes from West Mercia police, who have created alcohol-related warnings in a campaign called Safe Night Out, featuring a poster aimed at men, and one aimed at women. Amid an outcry accusing the police force of victim-blaming, Jocelyn Anderson from the West Mercia Rape & Sexual Abuse Support Centre has come forward to complain about the lack of consultation with any groups who work with survivors of sexual violence. She is angry about the messages the campaign sends out, saying, "it's just wrong". Morocco activists target 'rape marriage law' - Africa. GOP: Preventing violence against women in detention centers is a “luxury” From the Friday indignation files. 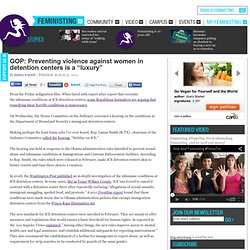 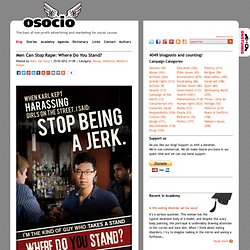 Last month. The worked together with the American Association of University Women (AAUW) to increase the number of men on campus who intervene to prevent dating violence and sexual assault. The Where Do You Stand? Campaign. Men Can Stop Rape is pleased to announce the launch of WHERE DO YOU STAND? 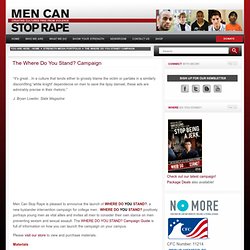 , a new bystander intervention campaign for college men. WHERE DO YOU STAND? Positively portrays young men as vital allies and invites all men to consider their own stance on men preventing sexism and sexual assault. The WHERE DO YOU STAND? Campaign Guide is full of information on how you can launch the campaign on your campus. Please visit our store to view and purchase materials.

Materials. BECAUSE WE'VE HAD ENOUGH. This Is Not An Invitation To Rape Me - Changing Attitudes on the Blame for Rape.