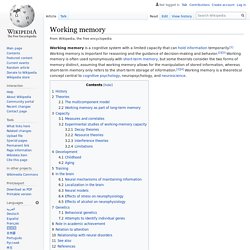 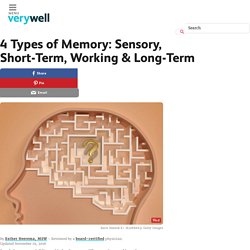 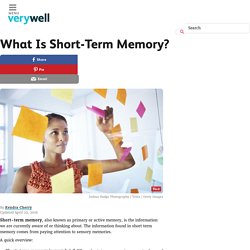 The information found in short term memory comes from paying attention to sensory memories. A quick overview: Short-term memory is very brief. Short-Term Memory Loss: Definition, Causes & Tests. When a person experiences short-term memory loss, he or she can remember incidents from 20 years ago but is fuzzy on the details of things that happened 20 minutes prior. 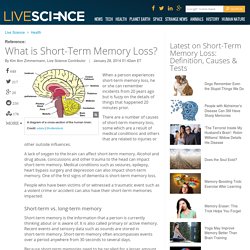 There are a number of causes of short-term memory loss, some which are a result of medical conditions and others that are related to injuries or other outside influences. A lack of oxygen to the brain can affect short-term memory. Memory. Overview of the forms and functions of memory in the sciences In psychology, memory is the process in which information is encoded, stored, and retrieved. 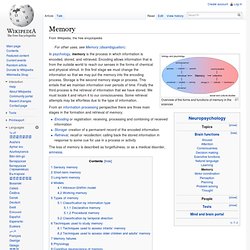 Encoding allows information that is from the outside world to reach our senses in the forms of chemical and physical stimuli. In this first stage we must change the information so that we may put the memory into the encoding process. Storage is the second memory stage or process.