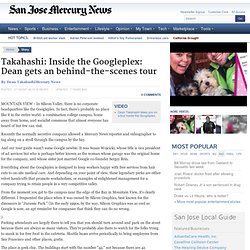 In fact, there's probably no place like it in the entire world: a combination college campus, home away from home, and socialist commune that almost everyone has heard of but few can visit. Recently the normally secretive company allowed a Mercury News reporter and videographer to tag along on a stroll through the campus by the bay. And our tour guide wasn't some Google newbie. It was Susan Wojcicki, whose title is vice president of ad services but who is perhaps better known as the woman whose garage was the original home for the company, and whose sister just married Google co-founder Sergey Brin. Everything about the Googleplex is designed to keep workers happy with free services from hair cuts to on-site medical care.

From the moment you get to the campus near the edge of the Bay in Mountain View, it's clearly different. Leavey School of Business -ciefieldtrippage. Field Trip The CIE Spring Quarter Field Trip brought undergraduate and graduate students to the Cisco headquarters in San Jose on April 25. 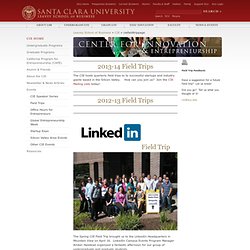 The afternoon began with an interactive presentation and SCU alumni panel discussion facilitated by Bronco Camille Da Silva Gatenby, Cisco University Manager, US West University Connection. We also enjoyed a TelePresence demo, learning more about how TelePresence brings productivity to the next stage as well as background on the "how it works" aspect of the integrated video conferencing system-the eye contact across the table was particularly interesting. The system provides an authentic in-person meeting feel. Learning English. Formality - What are some expressions that can be used to end an email? Plan Archives. ESL Resources. 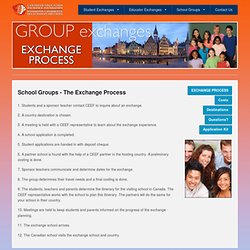 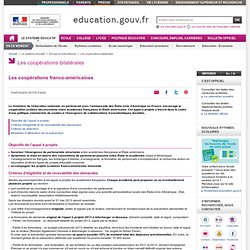 The voice on the telephone was in English but Scandinavian, slightly hesitant, ever so slightly apologetic and polite. 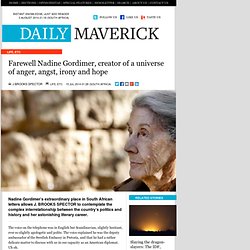 The voice explained he was the deputy ambassador of the Swedish Embassy in Pretoria, and that he had a rather delicate matter to discuss with us in our capacity as an American diplomat. Uh oh. The Swedish Academy had just informed him that they had decided to award Nadine Gordimer the Nobel Prize for Literature – but, before they announced it to the world, there was this small matter of speaking with her first, to make certain she would actually accept the prize. (There had been a couple of times when a recipient, like Boris Pasternak, had actually been forced to turn down a Nobel Prize, and they couldn’t have the embarrassment again.) The Academy had asked Swedish Embassy staff to speak with her first – just to make sure everything was okay. There was the ever so slight tinge of the frantic in the voice on the phone. 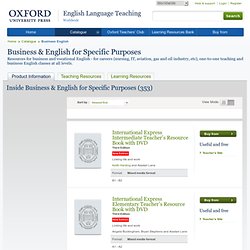 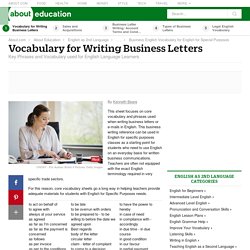 This business writing reference can be used in English for specific purposes classes as a starting point for students who need to use English on an everyday basis for written business communications. Teachers are often not equipped with the exact English terminology required in very specific trade sectors. For this reason, core vocabulary sheets go a long way in helping teachers provide adequate materials for students with English for Specific Purposes needs. English for Specific Purposes Core Vocabulary Lists. My schoolbag - (Much lighter than the real one). Blog de ressources anglais lycée by G.Bourrachot . In wonderland.