World History For Us All: Big Era 8. Home > The Big Eras > By the end of the nineteenth century, societies around the globe had been brought within a single, rapidly evolving world system as a result of what we called in the previous chapter the <a href="/shared/glossary.htm" target="_blank">(Glossary-without Javascript)</a> The world system was dominated by the industrialized states of Europe, which had been weak and marginal powers just a few centuries before. 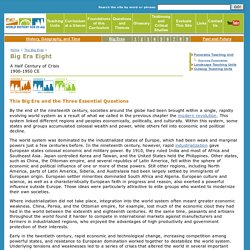 In the nineteenth century, however, rapid Where industrialization did not take place, integration into the world system often meant greater economic weakness. Early in the twentieth century, rapid economic and technological change, increasing competition among powerful states, and resistance to European domination worked together to destabilize the world system. Despite these wrenching changes, the industrialized regions of Europe, North America, the USSR, and Japan, which accounted together for about 75 percent of the globes. Timeline Of Historical Periods. Victorians Homework for kids - Woodlands. Who was King or Queen before Victoria? 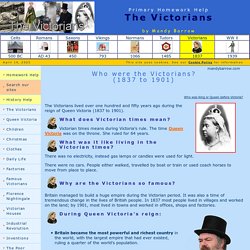 The Victorians lived over one hundred and fifty years ago during the reign of Queen Victoria (1837 to 1901). Victorian times means during Victoria's rule. The time Queen Victoria was on the throne. She ruled for 64 years. There was no electricity, instead gas lamps or candles were used for light. There were no cars. Britain managed to build a huge empire during the Victorian period. The Tudors Homework Help for kids. Five hundred years ago the world was a very different place. 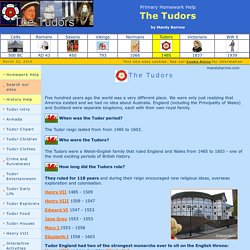 We were only just realizing that America existed and we had no idea about Australia. England (including the Principality of Wales) and Scotland were separate kingdoms, each with their own royal family. When was the Tudor period? The Tudor reign lasted from from 1485 to 1603.

KS3 History. Student Resources. Whether you have to write a report, finish a big project or just want to learn more about the Civil War, we can help! 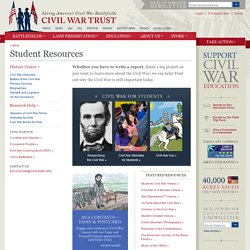 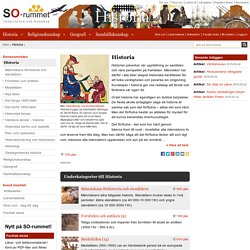 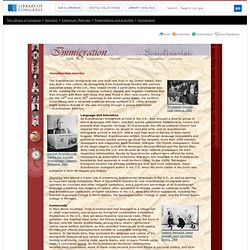 As immigrants from Scandinavia flooded into sparsely populated areas of the U.S., they helped create a particularly Scandinavian way of life, melding the varied religious, culinary, literary, and linguistic traditions that they brought with them with those that they found in their new country. During the late 19th and early 20th centuries, in the Great Lakes states, the northern Great Plains, and in enclaves scattered among northern U.S. cities, a visitor might imagine that he or she was traveling through a unique new nation—Scandinavian America.

Language and Education As Scandinavian immigrants arrived in the U.S., they brought a diverse group of native languages with them, and they quickly established institutions to nurture and promote their linguistic heritage. Many Scandinavians also took an active role in the burgeoning U.S. labor movement. History For Kids. Playing History. Social Studies Activities. Welcome to the Social Studies page on Teaching Resources! 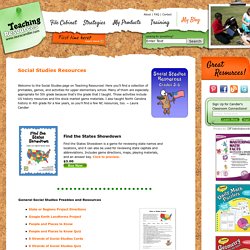 Here you'll find a collection of printables, games, and activities for upper elementary school. Many of them are especially appropriate for 5th grade because that's the grade that I taught. Those activities include US history resources and the stock market game materials. I also taught North Carolina history in 4th grade for a few years, so you'll find a few NC resources, too. ~ Laura Candler General Social Studies Freebies and Resources Featured Social Studies Freebies Constitution Day Resources (September 17th) Featured Constitution Day Freebies Constitution Day Social Studies and Literacy Connections If you'd like an explanation of how to use the books and activity pages below, you can read my blog post on Corkboard Connections: Social Studies and Literacy Connections. Stock Market Game Materials. Schools - Primary History.

SO-rummet. Subject Index. -SocialStudies- Open your Social Studies book and use the web codes to log in to interactive map activities. 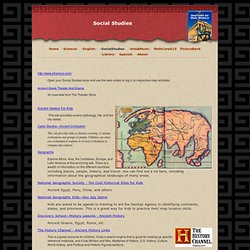