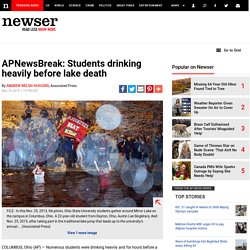 The students included the victim, his friends and many other students among the thousands who attended the jump into Mirror Lake on Nov. 25, according to the report obtained by The Associated Press through an open records request. Arizona High School Student Charged With Indecent Exposure for Football Photo Yearbook Prank. 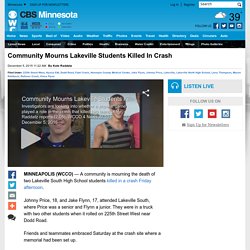 Johnny Price, 18, and Jake Flynn, 17, attended Lakeville South, where Price was a senior and Flynn a junior. They were in a truck with two other students when it rolled on 225th Street West near Dodd Road. Myers-Briggs: Step II and Team; Strong Interest: Risk Taking - Adventure Scale; FIRO-B: Clarifier, Director, Encourager Roles; TKI: Upside to Collaborating. In this issue: Teamwork and the MBTI® Step II Results: Who Likes to be on a Team About the Strong Interest Inventory®: What's the Risk Taking/Adventure Scale? 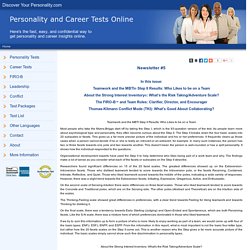 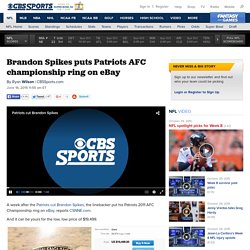 And it can be yours for the low, low price of $19,499. Spikes and the Patriots parted ways shortly after his Mercedes Maybach was found damaged and abandoned in the median of a Foxborough highway. Webinar: Feedback, Praise, and Criticism: How Teachers Foster or Undermine Student Growth II - Center for Spiritual and Ethical Education. Registration: CSEE Member Schools: Free, registration is required to receive login / password information. 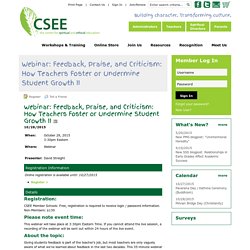 Non-Members: $130 Please note event time: This webinar will take place at 3:30pm Eastern Time. If you cannot attend the live session, a recording of the webinar will be sent out within 24 hours of the live event. When Filming Extreme Dares Ends Very Badly. Quotes. Dan Gilbert: Exploring the frontiers of happiness. UMD 'tragedy of the commons' tweet goes viral. When Shahin Rafikian, a rising junior at the University of Maryland, College Park, first saw the extra credit question on his final online Social Psychology paper, he was intrigued by the prospect of extra points. 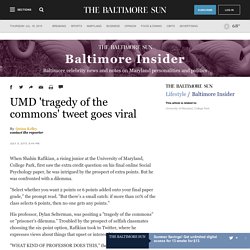 But he was confronted with a dilemma. "Select whether you want 2 points or 6 points added onto your final paper grade," the prompt read. "But there's a small catch: if more than 10% of the class selects 6 points, then no one gets any points. " His professor, Dylan Selterman, was positing a "tragedy of the commons" or "prisoner's dilemma. " Troubled by the prospect of selfish classmates choosing the six-point option, Rafikian took to Twitter, where he expresses views about things that upset or interest him. 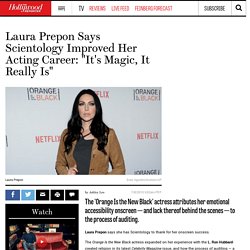 The Orange Is the New Black actress expanded on her experience with the L. Ron Hubbard-created religion in its latest Celebrity Magazine issue, and how the process of auditing — a form of counseling central to Scientology philosophy — has improved her acting skills. "I feel a lot of the auditing that I’ve had helps me to be willing to go there and be free and vulnerable and really jump into these scenes wholeheartedly," she said in the interview of accessing her emotions in scenes. "There are days where it’s like, okay... let’s do this! Gannett Media Education. 15 Social Skills That Will Make You Successful In Every Aspect Of Life. In a world where technology is increasing our capacity to connect with people worldwide, it is also diminishing our ability to effectively connect with people in person. 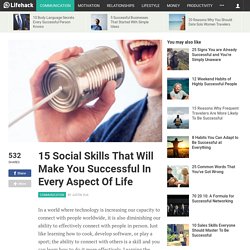 Just like learning how to cook, develop software, or play a sport; the ability to connect with others is a skill and you can learn how to do it more effectively. Learning the social skills necessary to connect with others will help you be more successful in every aspect of your life. Here are 15 social skills you can develop to be more charismatic: GME_DM1_HS.pdf. Personality Notes. Facebook status updates reveal low self-esteem and narcissism. People who post Facebook status updates about their romantic partner are more likely to have low self-esteem, while those who brag about diets, exercise, and accomplishments are typically narcissists, according to new research. 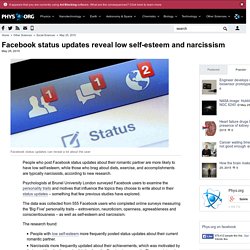 Psychologists at Brunel University London surveyed Facebook users to examine the personality traits and motives that influence the topics they choose to write about in their status updates – something that few previous studies have explored. The data was collected from 555 Facebook users who completed online surveys measuring the 'Big Five' personality traits – extroversion, neuroticism, openness, agreeableness and conscientiousness – as well as self-esteem and narcissism. The research found: People with low self-esteem more frequently posted status updates about their current romantic partner.Narcissists more frequently updated about their achievements, which was motivated by their need for attention and validation from the Facebook community. Big Drop in Share of Americans Calling Themselves Christian. Photo The Christian share of adults in the United States has declined sharply since 2007, affecting nearly all major Christian traditions and denominations, and crossing age, race and region, according to an extensive survey by the Pew Research Center. 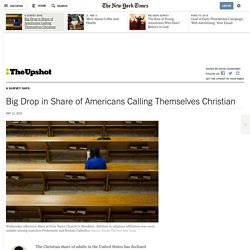 Seventy-one percent of American adults were Christian in 2014, the lowest estimate from any sizable survey to date, and a decline of 5 million adults and 8 percentage points since a similar Pew survey in 2007. The Christian share of the population has been declining for decades, but the pace rivals or even exceeds that of the country’s most significant demographic trends, like the growing Hispanic population. 60 Teens Arrested After Senior Pranksters Break Into New Jersey School, Urinate in Hallways.