Marlins emotional win bolstered by Gordon lead off home run. Dee Gordon and the Miami Marlins wore their emotions on the sleeves of their No. 16 jerseys. 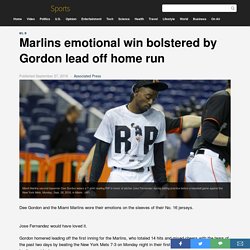 Jose Fernandez would have loved it. Gordon homered leading off the first inning for the Marlins, who totaled 14 hits and mixed cheers with the tears of the past two days by beating the New York Mets 7-3 on Monday night in their first game since Fernandez died in a boating accident. "We were hitting balls underwater pretty much," slugger Giancarlo Stanton said. "Our eyes were full of water. " Adam Conley pitched three scoreless innings subbing for Fernandez, who had been scheduled to make his final start of the year.

Paying tribute to their charismatic ace, the left-handed-hitting Gordon stepped to the plate as a righty leading off the first. Shock, questions after deaths of 5 teenagers in Newport crash - latimes. Irvine High School classmates Shadi Masoud, left, Aram Yaco and Kelly Dunkle… (Don Bartletti / Los Angeles…) In a city with a grim history of high-profile car wrecks, even veteran police and firefighters seemed stunned by the death toll on Jamboree Road. 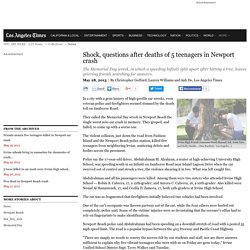 They called the Memorial Day wreck in Newport Beach the single worst solo-car crash in memory. Texting Teen Driver Convicted of Homicide: Car Accidents Caught on Tape. Amanda's Story. MAIBInvReport25 2015. New England Patriots Rob Gronkowski on partying, "deflate-gate" and Brady chemistry. New England Patriots' Rob Gronkowski is a powerhouse in the game, but his practice on the field isn't the only thing that makes Gronk so good. 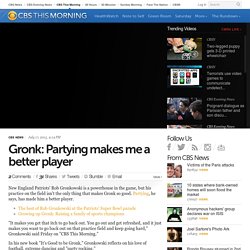 Partying, he says, has made him a better player. "It makes you get that itch to go back out. You go out and get refreshed, and it just makes you want to go back out on that practice field and keep going hard," Gronkowski said Friday on "CBS This Morning. " @SummerBreak 4. The Last Text - ATT It Can Wait. Kayla "2 Drunk 2 Care" "2 Drunk 2 Care" Kayla Mendoza. The young woman who tweeted "2 Drunk 2 Care" just minutes before a deadly head-on collision that killed two on the Sawgrass Expressway was sentenced to 24 years in prison Monday. 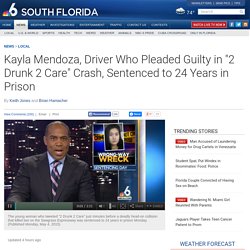 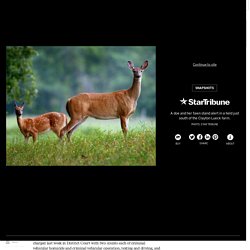 Red light!” Echoed in the pickup truck, she struck a van in Sherburne County and killed the other driver and his 10-year-old daughter, according to prosecutors. Once authorities had exposed as a lie the initial explanation that her boyfriend had been driving, Carlee R. Bollig, 17, of Little Falls, Minn., was charged last week in District Court with two counts each of criminal vehicular homicide and criminal vehicular operation, texting and driving, and driving without a valid license. Killed in the July 21 crash were the van’s driver, Charles P. Florida Driver Live-Streams While Claiming to Be Drunk. A Periscope viewer helped a Florida police department identify and arrest an allegedly drunken-driver who was livestreaming from her car. 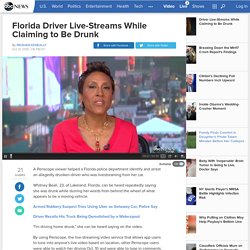 Whitney Beall, 23, of Lakeland, Florida, can be heard repeatedly saying she was drunk while slurring her words from behind the wheel of what appears to be a moving vehicle. "I'm driving home drunk," she can be heard saying on the video. By using Periscope, the live-streaming video service that allows app users to tune into anyone's live video based on location, other Periscope users were able to watch her driving Oct. 10 and were able to type in comments. One viewer urged her to stop driving before she hurt herself, the Lakeland Police Department posted on its Facebook page. Multiple Periscope viewers called 911 to report the incident, the police said, but part of the problem was that the viewers could not report her location because she never stated it clearly in the video. She did not respond to ABC News' requests for comment. Liz Marks Texting & Driving Story. Dont' Text & Drive Commercial - GRAPHIC. 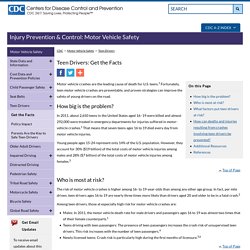