Is Hillary Clinton Really in Danger of Losing the Primary? Bernie Sanders is said to be surging, Joe Biden is considering jumping in the race, and ’s unfavorable ratings are the worst they’ve been in her 23-plus years in national politics — worse than they were in 2007 or 2008. 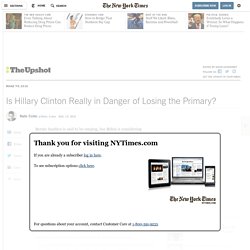 Whether you call it wishful thinking or a worst-case scenario, it’s enough to make some people say the Clinton campaign is in serious trouble. But is it? Has she forfeited the huge advantages she held at the start of the year? Does Mr. Both Parties Have Equal Chance to Win White House. Photo It’s a mismatch — and an even match. 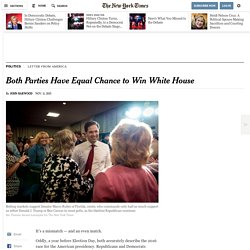 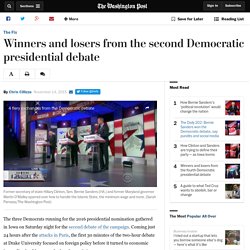 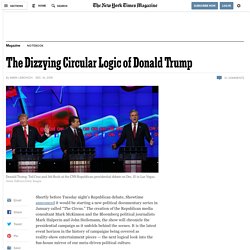 The creation of the Republican media consultant Mark McKinnon and the Bloomberg political journalists Mark Halperin and John Heilemann, the show will chronicle the presidential campaign as it unfolds behind the scenes. Fact checking the fourth Democratic presidential debate. The three Democratic presidential contenders engaged in heated exchanges on health care, gun control, former president Bill Clinton and other issues in Charleston, S.C. on Jan. 17. 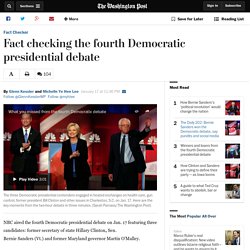 Here are the key moments from the two-hour debate in three minutes. (Sarah Parnass/The Washington Post) NBC aired the fourth Democratic presidential debate on Jan. 17 featuring three candidates: former secretary of state Hillary Clinton, Sen. Bernie Sanders (Vt.) and former Maryland governor Martin O’Malley. Not every statement could be easily fact checked, but the following is a list of 10 suspicious or interesting claims. Hillary Clinton just handed Republicans a devastating ad against her. At the Jan. 17 Democratic debate in Charleston, S.C., Democratic front-runner Hillary Clinton went out of her way to stress her ties to President Obama. 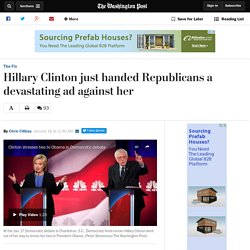 (Peter Stevenson/The Washington Post) Hillary Clinton had a clear strategy going into Sunday night's fourth Democratic presidential debate: Hug President Obama — at all costs. "We have the Affordable Care Act," Clinton said. "That is one of the greatest accomplishments of President Obama, of the Democratic Party, and of our country.