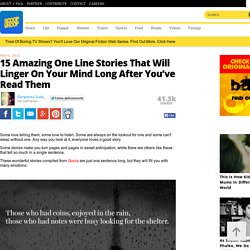 Because We Once Wore Green. “It’s good that you’re going in. 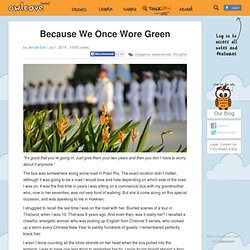 Just give them your two years and then you don’t have to worry about it anymore.” The bus was somewhere along some road in Pasir Ris. The exact location didn’t matter, although it was going to be a road I would love and hate depending on which side of the road I was on. It was the first time in years I was sitting on a commercial bus with my grandmother who, now in her seventies, was not very fond of walking. But she’d come along on this special occasion, and was speaking to me in Hokkien. 6 Things Neopets Taught Me Which No School Ever Did. The word ‘Neopets’ is probably nostalgic to everyone, especially those born in the 90s. 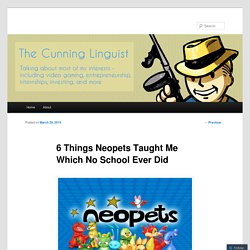 It signalled the beginning of an era where you had to fight to use the telephone or the Internet and also the slow loading of images. This guy photographs himself in forgotten places in S’pore. The results are insane. When it comes to snapshots of Singapore, we’ve become rather accustomed to the familiar images of a glittering metropolis. 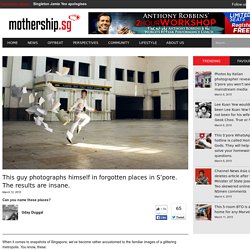 You know, these: That is what Singapore looks like. Or, at least, that is the likeness that glitters and twinkles on screens the world over, the image that lingers on TV sets of Formula 1 viewers for a few primed, timed seconds each year, the backdrop that will, inevitably, be dazzlingly sequinned with fireworks come this SG50 National Day. Twenty-year old Sean Cham, however, likes to take snapshots of a different sort of Singapore. He’s the mastermind behind a photography project he calls ‘Yesteryears’, in which he composes photos of abandoned or near-forgotten places in Singapore. What stands out about these photos is often Sean himself; he places himself in each and every one of his shots, posing in character to better allow the viewer to try and visualise the place as it once might have been. It’s worth noting that everything we see has been done by Sean alone. 11 Reasons You Should Quit Facebook In 2014. "Facebook is so annoying. 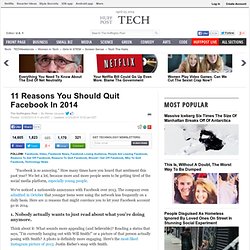 " How many times have you heard that sentiment this past year? We bet a lot, because more and more people seem to be getting tired of the social media platform, especially young people. We've noticed a nationwide annoyance with Facebook over 2013. 50 Fun & Free Things To Do In Singapore. The Prynt Case Turns Your Smartphone into an Instant Camera... and Then Some. Instant photography is making a big comeback lately. 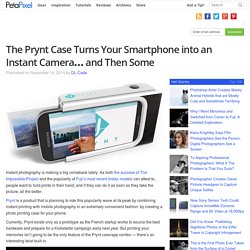 As both the success of The Impossible Project and the popularity of Fuji’s most recent Instax models can attest to, people want to hold prints in their hand, and if they can do it as soon as they take the picture, all the better. Prynt is a product that is planning to ride this popularity wave at its peak by combining instant printing with mobile photography in an extremely convenient fashion: by creating a photo printing case for your phone.

Currently, Prynt exists only as a prototype as the French startup works to source the best hardware and prepare for a Kickstarter campaign early next year. 16 HDB Toilets That Will Make You Feel Like You're Lost In Paradise. An average person spends one and a half years of thier life in the loo. 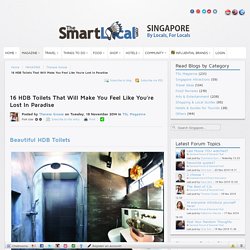 If that’s not incentive enough to make it as comfortable and gorgeous as you can, I don’t know what is. Most people believe that staying in HDB flats means you wouldn’t spend extra time in the toilet - it’s simply too cramped in there! And even if you start a remodelling project, a functional toilet takes priority over a pretty one. Toilets all look the same anyway, right? Wrong. Here are 16 HDB toilets with beautiful thrones you wouldn't mind occupying for as long as you can. 1.

Source: collective designs. Things you probably didn't know about Tampines - inSing.com Features. 5 types of people who will suffer when they are serving BMT - Low Kay Hwa. Every male Singaporean has to go through a two-year national service, most likely in the army. 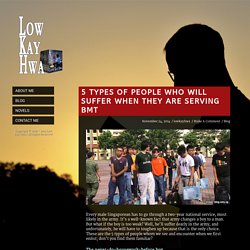 It’s a well-known fact that army changes a boy to a man. But what if the boy is too weak? Well, he’ll suffer dearly in the army, and unfortunately, he will have to toughen up because that is the only choice. These are the 5 types of people whom we see and encounter when we first enlist; don’t you find them familiar? The never-do-housework-before boy Sweeping the floor, cleaning the toilet and making your bed are the essentials of every new recruit. The Crybaby You know girls who cry easily? The wayang king The layman term for a wayang king is “one who pretends to be excellent only when a superior is around”. The cannot-push-limit boy Being a man means pushing yourself to your limit, and limits are usually created by your beliefs. The super-dependent boy Getting him to wash his clothes is almost impossible.

17 Tiny Travel Tattoos For Your Next Big Adventure. 4 Signs That This Isn't Your First Life On Earth. By Steven Bancarz | Reincarnation is the spiritual belief that souls leave the body at the death of the physical body and the re-enter another physical body after spending a brief time in the spirit world. 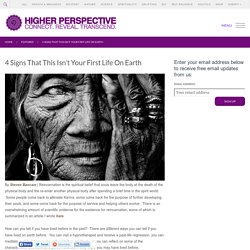