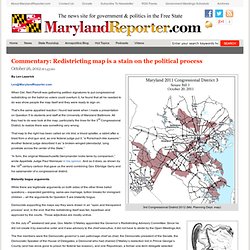 Planning Dept. map) Baltimore at Night. Baltimore is located along the mid-Atlantic coastline of the United States, at the terminus of the Patapsco River into Chesapeake Bay. 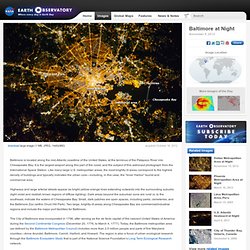 It is the largest seaport along this part of the coast, and the subject of this astronaut photograph from the International Space Station. Like many large U.S. metropolitan areas, the most brightly lit areas correspond to the highest density of buildings and typically indicates the urban core—including, in this case, the “Inner Harbor” tourist and commercial area. Highways and large arterial streets appear as bright yellow-orange lines extending outwards into the surrounding suburbs (light violet and reddish brown regions of diffuse lighting). Baltimore Neighborhood Indicators Alliance. “Highway to Nowhere” shut down — and Baltimore doesn’t notice. 'Huge drop' in funding for community development in Baltimore, nationwide. The City Arts Apartments are full of artists who live and work in the Baltimore complex, built on what long had been a vacant lot in a very vacant neighborhood. 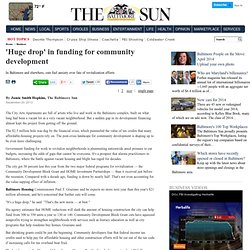 But a sudden gap in its development financing almost kept the project from getting off the ground. The $2.5 million hole was dug by the financial crisis, which pummeled the value of tax credits that many affordable-housing projects rely on. The post-crisis landscape for community development is shaping up to be even more challenging. Government funding for work to revitalize neighborhoods is plummeting nationwide amid pressure to cut budgets, increasing the odds of gaps that cannot be overcome. Patterson Park Place: The Patterson Park Community Development Corp. Helped Some East-Side Neighborhoods Go From Bust To Boom. What’s its Next Move? 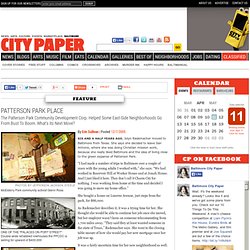 Helped Some East-Side Neighborhoods Go From Bust To Boom. What’s its Next Move? Six and a half years ago, Jolyn Rademacher moved to Baltimore from Texas. She says she decided to leave San Antonio, where she was doing Christian mission work, because she really liked Baltimore and the idea of living close to the green expanse of Patterson Park. “I had made a number of trips to Baltimore over a couple of years with the young adults I worked with,” she says. She bought a house on Luzerne Avenue, just steps from the park, for $66,000. As Rademacher describes it, it was a trying time for her. It was a fairly uncertain time for her new neighborhood as well. Baltimore Neighborhoods Research Guide - Enoch Pratt Free Library. This guide will point you to resources you can use to become better acquainted with neighborhoods in Baltimore City. 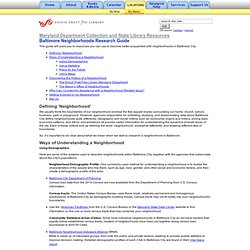 Defining 'Neighborhood' We usually think the boundaries of our neighborhood enclose the few square blocks surrounding our home, church, school, business, park or playground. However, agencies responsible for collecting, studying, and disseminating data about Baltimore City define neighborhoods quite differently. Geographic and social criteria such as community origins and history, zoning laws, economic patterns, and ethnic concentrations all provide useful information for understanding the dynamics of small areas of the city. Census19402010. Rawnumbers copy. Vital Signs 10: Taking the Pulse of Baltimore Neighborhoods. The Rawlings-Blake Review #137: Clean Water Baltimore. Dear Friends: If you have any questions or concerns, please contact me at my website or by email at mayor@baltimorecity.gov. 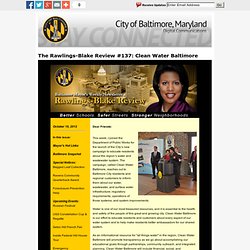 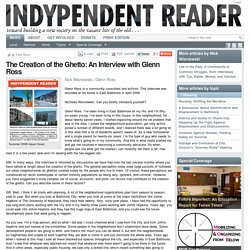 The election of the first black US president offered hope to millions of African Americans across the country. 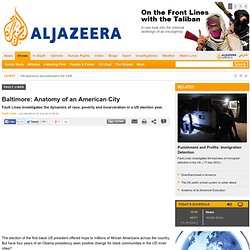 But have four years of an Obama presidency seen positive change for black communities in the US' inner cities? While the 'war on drugs' rages on inside the US, there is some political consensus it is failing. White House officials have even indicated a federal policy shift away from incarceration and towards a public health strategy. Al Jazeera looks at Baltimore in new documentary. Baltimore-area viewers won't see it in their TV listings, but this week a program will premiere on the Al Jazeera English channel that could do more to shape the world's image of their city than any other media coverage or civic promotion done all year. 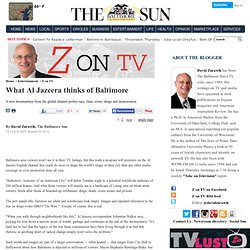 "Baltimore: Anatomy of an American City" will debut Tuesday night to a potential worldwide audience of 260 million homes. And what those viewers will mainly see is a landscape of young men on bleak street corners, block after block of boarded-up rowhouses, drugs, death, crime scenes and prisons. A tale of two Baltimores.