TheRideOrDieProject sur Twitter : "The superwoman myth can be very dangerous for any woman, but especially so for new mothers. #postpartum. [FEATURE] The Problem with Playing Superwoman with Postpartum Depression. By Paulina O’Kieffe | @paulina_okieffe 2014 was one hell of a ride. 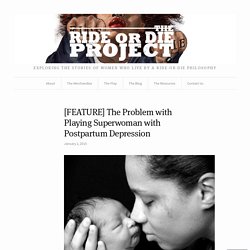 On February 12th at 11:51 am I welcomed my second miracle into the world, my son Carlos Jr (CJ). It was a moment of great excitement and relief. I had a really difficult pregnancy and worked in a very stressful job up to the day before what would be my second C section. The delivery was quite painful and complicated as well, but it was all worth it for him. With the complicated pregnancy and delivery, working up until the very last minute, feeling like somewhat of a bad mother for not trying harder to breastfeed my boy and juggling a 2 year daughter who was now home with me, one would naturally assume I was accepting of any help I could get.

Unfortunately I am a Capricorn; which makes me stubborn and hardheaded, a climber whose ambition will be the death of me. For me postpartum depression was very real; my world was spinning out of control and I was completely overwhelmed. Paulina O’Kieffe | Core Writer Like this: The Secret Sadness of Pregnancy With Depression. At the beginning of spring in 2013, Mary Guest, a lively, accomplished 37-year-old woman, fell in love, became pregnant and married after a short courtship. 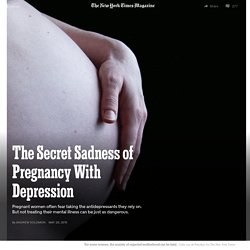 At the time, Mary taught children with behavioral problems in Portland, Ore. Her supervisor said that he had rarely seen a teacher with Mary’s gift for intuiting students’ needs. “Mary was a powerful person,” he wrote to her mother, Kristin. “Around Mary, one felt compassion, drive, calmness and support.” Mary had struggled with depression for much of her life. Mary’s friends appreciated her wacky sense of humor and her engaging wit.

CRAZY COOL GROOVY!!!: THE SECRET SADNESS Of PREGNANCY With DEPRESSION On NEW YORK TIMES MAG!!! POSTPARTUM DEPRESSION (PPD) (POSTNATAL DEPRESSION) (PND) is a type of clinical depression which can affect women after childbirth!!! 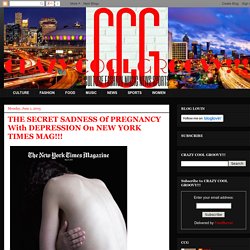 Symptoms may include sadness, low energy, changes in sleeping and eating patterns, reduced desire for sex, crying episodes, anxiety, and irritability. While many women experience self-limited, mild symptoms postpartum, postpartum depression should be suspected when symptoms are severe and have lasted over two weeks. In about 1 to 2 per 1,000, postpartum depression results in POSTPARTUM PSYCHOSIS (PPP) (PUERPERAL PSYCHOSIS). Although a number of risk factors have been identified, the causes of PPD are not well understood. Hormonal change is hypothesized to contribute as one cause of postpartum depression. In the United States, postpartum depression is one of the leading causes of the murder of children less than one year of age - which occurs in about 8 per 100,000 births. Mary had struggled with depression for much of her life. He is now Dr. Perinatal Mood and Anxiety Disorders - Amanda Itzkoff, MD.

During and after pregnancy, women can expect to experience many different emotions. 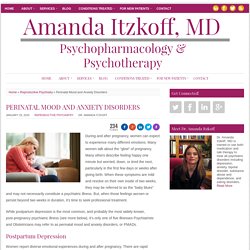 Many women talk about the “glow” of pregnancy. Many others describe feeling happy one minute but worried, down, or tired the next, particularly in the first few days or weeks after giving birth. When these symptoms are mild and resolve on their own inside of two weeks, they may be referred to as the “baby blues” and may not necessarily constitute a psychiatric illness. But, when those feelings worsen or persist beyond two weeks in duration, it’s time to seek professional treatment. While postpartum depression is the most common, and probably the most widely known, post-pregnancy psychiatric illness (see more below), it’s only one of five illnesses Psychiatrists and Obstetricians may refer to as perinatal mood and anxiety disorders, or PMADs. 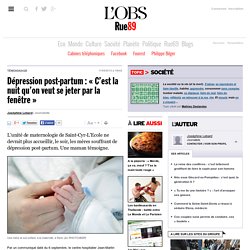