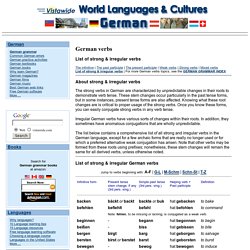 More info - Buy Historically speaking, strong verbs represent the oldest verbs in the German language. They developed already in Indo-European times (4000-1000 BC). Weak verbs are a newer invention. List of irregular (strong) German verbs. Tip: See my list of the Most Com­mon Mis­takes in Eng­lish. 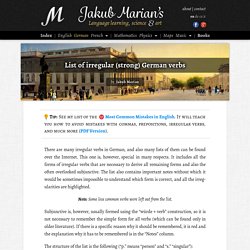 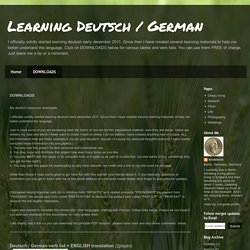 I officially solidly started learning deutsch early december 2011. Since then i have created several learning materials to help me better undertand the language. Zu-and-nach. Ever wanted to go to another city or to one of your friends? 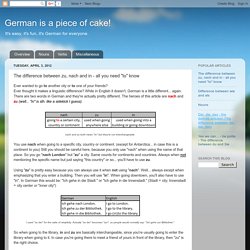 Ever thought it makes a linguistic difference? While in English it doesn't, German is a little different... again. There are two words in German and they're actually pretty different. Lesson 1: Introductions & Greetings. The very first thing you should learn in German is how to introduce yourself. 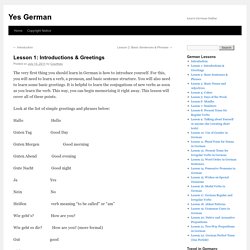 For this, you will need to learn a verb, a pronoun, and basic sentence structure. You will also need to learn some basic greetings. Free German lessons: Learning German online for beginners. Learn German - online, simple, independently and for free! 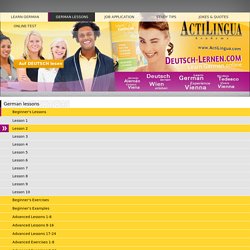 10 tables build up an overview of basic German grammar. Basic verb forms and an introduction to German syntax are presented in a simple and understandable way. Handout: Negation with Nicht and Kein. Use kein (and its inflected forms keine/keinen): Use nicht: Where does nicht go? 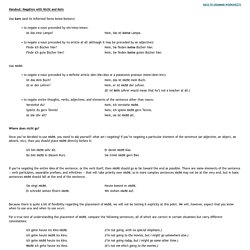 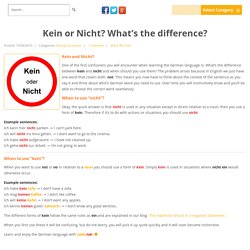 One of the first confusions you will encounter when learning the German language is: What’s the difference between kein and nicht and when should you use them? The problem arises because in English we just have one word that covers both: not. This means you now have to think about the context of the sentence as you say it and think about which German word you need to use. Over time you will instinctively know and you’ll be able to choose the correct word seamlessly.

When to use “nicht”? Teaching Materials. For easier navigation and load times, I've divided these pages into eight categories. 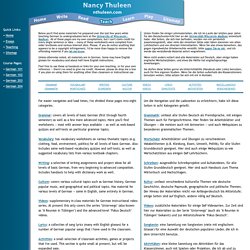 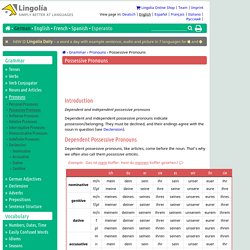