8 Things Top Practicers Do Differently. 14 0Share Synopsis We've all heard the phrase "practice smarter, not harder," but what does that really mean? 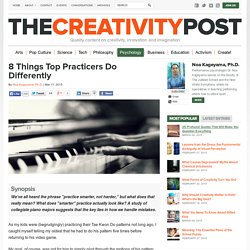 What does "smarter" practice actually look like? A study of collegiate piano majors suggests that the key lies in how we handle mistakes. As my kids were (begrudgingly) practicing their Tae Kwon Do patterns not long ago, I caught myself telling my oldest that he had to do his pattern five times before returning to his video game. My goal, of course, was not for him to simply plod through the motions of his pattern five times like a pouty zombie, but to do it once with good form and commitment. It's true that some degree of time and repetition is necessary to develop and hone our skills, of course. But what does that really mean anyway? Pianists learning Shostakovich Seventeen piano and piano pedagogy majors agreed to learn a 3-measure passage from Shostakovich's Piano Concerto No. 1. The setup 24 hours later… Each of the pianists’ performances were then evaluated on two levels. 1. 6. 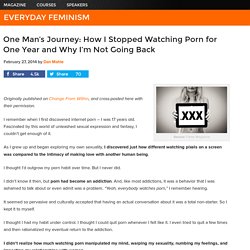 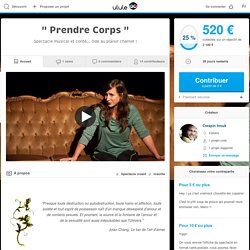 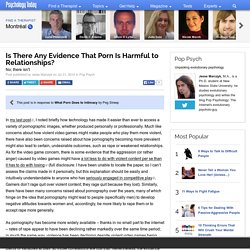 Much like concerns about how violent video games might make people who play them more violent, there have also been concerns raised about how pornography becoming more prevalent might also lead to certain, undesirable outcomes, such as rape or weakened relationships. As for the video game concern, there is some evidence that the aggression (or rather anger) caused by video games might have a lot less to do with violent content per se than it has to do with losing (link is external) (full disclosure: I have been unable to locate the paper, so I can’t assess the claims made in it personally, but this explanation should be easily and intuitively understandable to anyone who has seriously engaged in competitive play (link is external). The first study comes from Maddox et al (2011) (link is external). 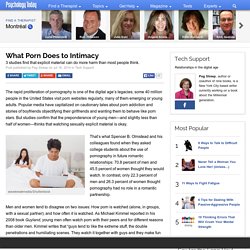 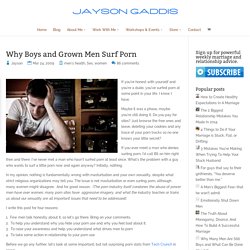 The feminist warrior looked gentle and almost frail. The world she had, Cassandra-like, warned us about so passionately was truly here: Porn is, as David Amsden says, the “wallpaper” of our lives now. So was she right or wrong? She was right about the warning, wrong about the outcome. But the effect is not making men into raving beasts. Men: Learn How To Validate Your Woman’s Feelings. Men often struggle to validate their woman’s feelings. And, it’s a crucial skill to learn in a long-term partnership. This one took me years with my wife. “Honey, I totally get your experience,” I’d say… “But I don’t feel seen or understood here,” she would respond.

Grrrrr. Love Letter To Men From One Brave Woman (guest post) The other day I sent out a call for feedback for men everywhere (Stay tuned…). My request was for one sentence from anyone and everyone. Interesting that several women completely disregarded the “one sentence” rule and just went for it. Desires of an Older Woman (guest post) The question of what it is we miss most in the opposite sex is a poignant one, and let’s face it – the opportunity to address it in the public realm doesn’t come along very often.

For men, messages from women about what they want more of have, in the last few decades at least, often been laced with the darker shades of feminism, delivered as complaints or demands or that “what you do is never enough” thing. We want you to be more civil. We want you to express your feelings more. We want you to be more attentive. Sacred Sexuality: Everything is Sacred, Everything is Sexual (guest post) Art by Paul Kagan I was tagged in a note recently by a new Facebook friend, Jennifer. The topic intrigued me as I have been exploring a lot around sexuality lately.

Of course, I have not mentioned sex much to my blog readers, thus buying into more secrecy, shame, and “it’s personal” crap. Jennifer, through the below note, and without knowing it, lovingly called me out and invited me to share more on the topic of sex and sexuality. So stay tuned… I am still very much in process around sex and sexuality. Men and Sex. Art by Bryce Widom Most men are locked up and confused sexually. I am a student when it comes to sex.

Sex has brought me incredible shame and unbelievable joy in my life. Men & Women Telling the Truth Together–Busting Out of The Gender Boxes. Let’s face it. Men and women are stuck in gender boxes. I remember only a year ago saying to my wife when she tried to put a light colored shirt on my son, “Honey that’s too feminine.” WTF? After her calling me on that, I realized what was driving that comment— me being trapped in the gender code of “boys wear blue, girls wear pink.” Below that code was fearing my son would be labeled gay or feminine. Why Most Men Resist Couples Counseling. Healing The Gender Divide. I’m inspired to bring men and women together with the intention to reconcile whatever stands in the way of us loving and accepting each other more fully. Why Men Objectify Women. Why Some Men Objectify Women. Sex. The Year of Self Love. Porn. NoFap® Learn about NoFap, our challenges, potential results and more.

An Anti-Marriage Feminist Gets (Happily) Married. Being in a Romantic Relationship When You Don't Feel Like You're Lovable. How to Compliment Women without Objectifying Them. Maintaining Your Identity in a Relationship. How to Mend a Broken Heart. Love Without Boundaries: The Practice of Loving Many. To Love Well. How to Heal Brokenness in a Relationship. Help Your Partner Change a Bad Habit in Five Simple Steps. How to Introduce Your Partner to Feminism. More Than Two: Examining the Myths and Facts of Polyamory. Relationship Social Norms Vs. Feminist Ideals. The Truth We Live Vs. The Story We're Coerced into Telling. How to Survive Engagement Season: A Guide to Healthy Marriage Expectations. Why I Call Her My 'Partner' and Not My 'Girlfriend'

5 Benefits of Sharing. How to Work through Personal Conflict in a Healthier Way. What Does It Mean When a Boy Says He Loves You? So You Want to Try Polyamory. On Approaching Women Who Distrust Men. What Boys Look For in Girls. Don't Call Me Beautiful (And What to Say Instead) 4 Things You Need To Do To Address Power Dynamics and Have a Balanced Relationship. 3 Steps Toward Identifying Your Feelings (And Therefore Stopping Your Self-Silencing)