Unbreakable_kimmy_schmidt_cult_a_former_cult_member_on_what_the_show_gets. For most viewers who stream the new Netflix show Unbreakable Kimmy Schmidt, the story line will be an unfamiliar peek into what it’s like to emerge into the world after living in an underground doomsday cult. 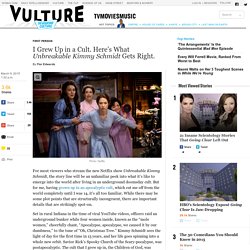 But for me, having grown up in an apocalyptic cult, which cut me off from the world completely until I was 14, it’s all too familiar. 11 nouvelles séries à regarder selon vos séries cultes préférées. Agent Carter. Un article de Wikipédia, l'encyclopédie libre. 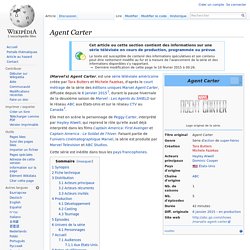 Agent Carter Logo original de la série. Reconsidering the Feminism of Joss Whedon. The facts are these: Joss Whedon is lauded as being one of the most forward-thinking show creators and writers currently wielding his craft today. 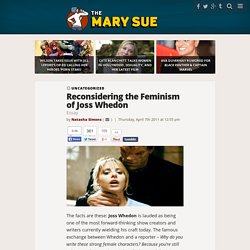 The famous exchange between Whedon and a reporter – Why do you write these strong female characters? Can a show about murdering women actually be feminist? Can Broad City Rape Rape Culture? How a Nickelodeon Cartoon Became One of the Most Powerful, Subversive Shows of 2014. A show for kids that aired its final season entirely online may not only be the most subversive television event of the year, but it could have the power to change children’s TV forever. 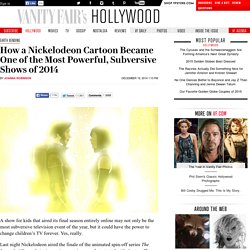 Yes, really. Last night Nickelodeon aired the finale of the animated spin-off series The Legend of Korra, bringing a nine-year journey that started with Avatar: The Last Airbender to a close. But perhaps “aired” is the wrong word. 'Transparent' Trailer. Here's What You Need To Know Before 'Girls' Returns. SheZow S01E01 SheZow Happens & Coldfinger. Real Humans. Äkta människor (English title: Real Humans) is a 2012 Swedish science fiction/drama series set in an alternate near-future version of Sweden where consumer-level humanoid robot workers and servants are widespread. 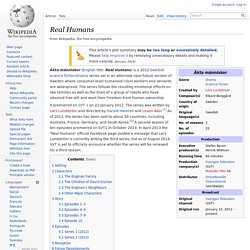 The series follows the resulting emotional effects on two families as well as the trials of a group of robots who have attained free will and want their freedom from human ownership. It premiered on SVT 1 on 22 January 2012. The series was written by Lars Lundström and directed by Harald Hamrell and Levan Akin.[1] As of 2013, the series has been sold to about 50 countries, including Australia, France, Germany, and South Korea.[2] A second season of ten episodes premiered on SVT1 in October 2013. In April 2013 the "Real Humans" official Facebook page posted a message that Lars Lundström is currently writing the third series, but as of August 2014, SVT is yet to officially announce whether the series will be renewed for a third season. Setting[edit] Characters[edit] Thomas W. 4 Reasons Why I'm Not Watching the HBO Show <i>Girls </i>This Season

A lot of people rave about the HBO show Girls; I read many articles about how good the show is and about the amazing quality of the writing. 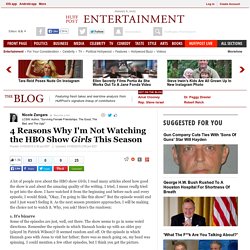 I tried, I mean really tried to get into the show. I have watched it from the beginning and before each and every episode, I would think, "Okay, I'm going to like this show! " But the episode would end and I just wasn't feeling it. J’ai re(re)vu l’intégrale de «Buffy contre les vampires» En mai 2004, M6 diffusait la dernière saison de Buffy contre les vampires. 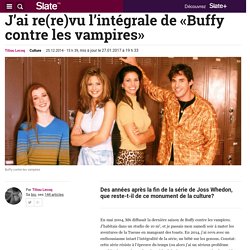 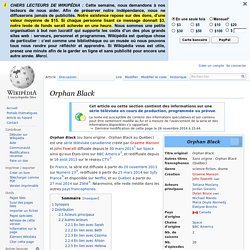 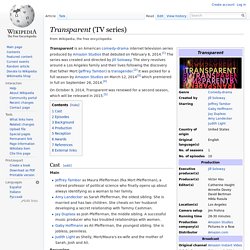 The story revolves around a Los Angeles family and their lives following the discovery that father Mort (Jeffrey Tambor) is transgender.[2] It was picked for a full season by Amazon Studios on March 12, 2014[3] which premiered in full on September 26, 2014.[4] On October 9, 2014, Transparent was renewed for a second season, which will be released in 2015.[5] Main.

'Transparent' Trailer. Shoulder to Shoulder. The book documents the lives and works of some of Britain's leading suffragettes. 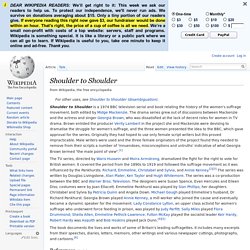 It includes many excerpts from their speeches, diaries, letters, memoirs, other writings and various newspaper cuttings, photographs, and cartoons.[6] References[edit] External links[edit] Shoulder to Shoulder at the Internet Movie Database. The 12 Most Feminist TV Shows Of 2014: Because We All Deserve A Dose of Girl Power at Its Finest. With a brand new year almost upon us, it’s time for TV-obsessed fans such as ourselves to look back and reflect on all that has happened in the television industry throughout the passing year.

Buffy contre les vampires. My Little Pony: Friendship Is Magic. My Little Pony: Friendship Is Magic is a children's[2] animated television series produced by Hasbro Studios in the United States (for scripts) and at DHX Media's studio located in Vancouver (for animation; formerly known as Studio B Productions). The series, based on Hasbro's My Little Pony line of toys and animated works, is intended for girls age two through 11 and considered to be the fourth generation (G4) of the My Little Pony franchise, following earlier lines and television show tie-ins in the 1980s and 1990s.[3] The series premiered on October 10, 2010, on The Hub, later rebranded as the Hub Network, an American pay television channel partly owned by Hasbro. 27 Reasons Darla Is The Best Vampire In The Buffyverse. Les Urbains de Minuit.