Bootstrap Tutorial - Creating a Responsive Navbar (Video) In the second installment of our Bootstrap 3 tutorial, we build a responsive navbar with dropdown menus. 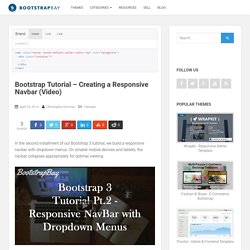 On smaller mobile devices and tablets, the navbar collapses appropriately for optimal viewing. Source files available on GitHub. Hey everybody this is Christopher Gimmer from BootstrapBay.com, and welcome to the second installment of our Bootstrap 3 tutorial. Today we’re going to be building a responsive navbar with dropdown menus. In our first tutorial, we showed you guys how to install Bootstrap which is the source code that you’re looking at right now. First thing I’m going to do is get rid of this h1 tag that we’re not going to need to build our navbar.

Let’s get started right now. There’s different kinds of stylings available. You also have the option of fixed or static. Next: This keeps everything inside the Bootstrap grid that is needed for the responsive design. Finally: Make the Twitter Bootstrap Nav Bar Responsive With JavaScript. In the last chapter of this book, we created a navigation bar for our website. 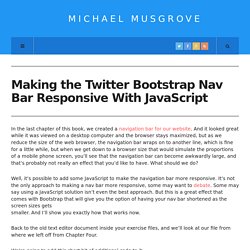 And it looked great while it was viewed on a desktop computer and the browser stays maximized, but as we reduce the size of the web browser, the navigation bar wraps on to another line, which is fine for a little while, but when we get down to a browser size that would simulate the proportions of a mobile phone screen, you’ll see that the navigation bar can become awkwardly large, and that’s probably not really an effect that you’d like to have. What should we do? Well, it’s possible to add some JavaScript to make the navigation bar more responsive.

It’s not the only approach to making a nav bar more responsive, some may want to debate. Some may say using a JavaScript solution isn’t even the best approach. Back to the old text editor document inside your exercise files, and we’ll look at our file from where we left off from Chapter Four. We’re going to add this short bit of additional code to it: Make the Web Faster. Learn ASP.NET Online – Microsoft Virtual Academy. Untitled. Getting Started with Entity Framework 6 Code First using MVC 5. The Contoso University sample web application demonstrates how to create ASP.NET MVC 5 applications using the Entity Framework 6 and Visual Studio 2013. 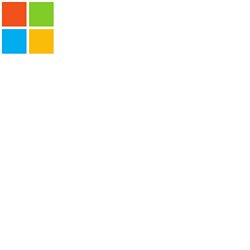 This tutorial uses the Code First workflow. For information about how to choose between Code First, Database First, and Model First, see Entity Framework Development Workflows. The sample application is a web site for a fictional Contoso University. It includes functionality such as student admission, course creation, and instructor assignments. This tutorial series explains how to build the Contoso University sample application. A Visual Basic version translated by Mike Brind is available: MVC 5 with EF 6 in Visual Basic on the Mikesdotnetting site. Software versions used in the tutorial The tutorial should also work with Visual Studio 2013 Express for Web or Visual Studio 2012. Tutorial versions For previous versions of this tutorial, see the EF 4.1 / MVC 3 e-book and Getting Started with EF 5 using MVC 4.

Questions and comments <! Summary. Adding a New Field. In this section you'll use Entity Framework Code First Migrations to migrate some changes to the model classes so the change is applied to the database. 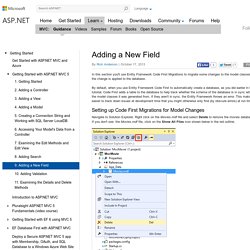 By default, when you use Entity Framework Code First to automatically create a database, as you did earlier in this tutorial, Code First adds a table to the database to help track whether the schema of the database is in sync with the model classes it was generated from. If they aren't in sync, the Entity Framework throws an error. This makes it easier to track down issues at development time that you might otherwise only find (by obscure errors) at run time. Setting up Code First Migrations for Model Changes Navigate to Solution Explorer. 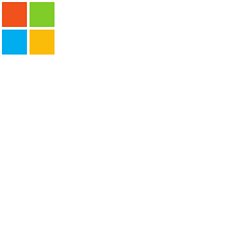 Download the completed project. This tutorial was written by Scott Guthrie (twitter@scottgu ), Scott Hanselman (twitter: @shanselman ), and Rick Anderson ( @RickAndMSFT ) You need an Azure account to deploy this app to Azure: You can open an Azure account for free - You get credits you can use to try out paid Azure services, and even after they're used up you can keep the account and use free Azure services.You can activate MSDN subscriber benefits - Your MSDN subscription gives you credits every month that you can use for paid Azure services.