Al-Amira is an international modest clothing brand that encourages the concept of modesty within the fashion sector. 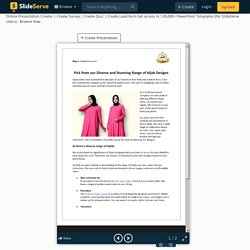 Blog 1: Hijabalamira.com Fashionable Islamic Turbans for Women In the historical journals published, the origin of the turban is traced 4000 years back to ancient civilizations such as India, Babylonia, Sumer, and Mesopotamia. 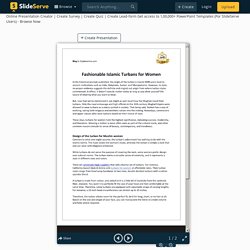 However, to date, no proper evidence suggests the definite and singled out origin from where turban styles commenced. In effect, it doesn’t exactly matter today as long as you allow yourself the luxury of wearing what you want to wear. But, now that we’ve mentioned it, we might as well recall how the Mughals loved their turbans.

Only the royal entourage and high officials in the 16th century Mughal Empire were allowed to wear turbans as a status symbol in society. Hijab Al Amira - Six Different Styles to wear the Kaftan Perfectly on any Day.