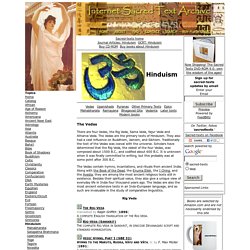 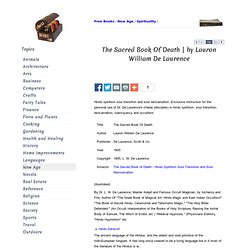 Exclusive instruction for the personal use of Dr. De Laurence's chelas (disciples) in hindu spiritism, soul transition, reincarnation, clairvoyancy and occultism (Illustrated) By Dr. L. Hindu Sanscrit The ancient language of the Hindus, and the oldest and rood primitive of the Indo-European tongues. Preface Death and Magic have always been contemporary and always shall be in every age of the world. Introduction The teachings of East Indian Occultism are the True Wisdom, and he who hath it not can in no way penetrate the True Secrets of Spirit Magic, and he but buildeth upon a foundation of sand, and his buil... Symbols One old scribbler of symbols taught me many enchantments which only tended to work evil. 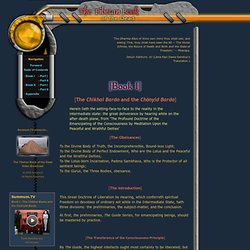 In the above Bardo of the Peaceful [Deities} there were seven stages of ambuscade. The setting-face-to-face at each stage should have [caused the deceased] to recognize either at one or another [stage] and to have been liberated. Multitudes will be liberated by that recognition; [and] although multitudes obtain liberation in that manner, the number of sentient beings being great, evil karma powerful, obscurations dense, propensities o too long standing, the Wheel of Ignorance and Illusion becometh neither exhausted nor accelerated.

This is the Bardo of the Wrathful Deities; and, they being influenced by fear, terror, and awe, recognition becometh more difficult. If at this stage one do not meet with this kind of teaching, one's hearing [of religious lore] -- although it be like an ocean [in its vastness] -- is of no avail. Naïve Inspirations. Sankya - The Sacred Doctrine. It is strange that the Sankhya of Kapila, the primary teacher of this planet is relevant even today. 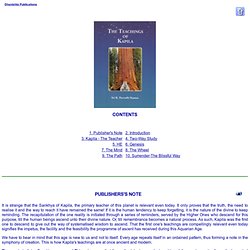 It only proves that the truth, the need to realise it and the way to reach it have remained the same! If it is the human tendency to keep forgetting, it is the nature of the divine to keep reminding. The recapitulation of the one reality is initiated through a series of reminders, served by the Higher Ones who descend for this purpose, till the human beings ascend unto their divine nature. Or, till remembrance becomes a natural process. As such, Kapila was the first one to descend to give out the way of systematised wisdom to ascend. We have to bear in mind that this age is new to us and not to itself. The way to truth is offered in many ways! The Heart of Awareness - The Ashtavakra Gita. By Thomas Byrom Table of contents Introduction 1. 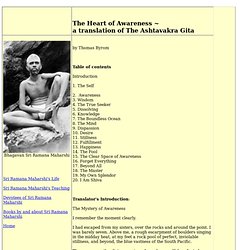 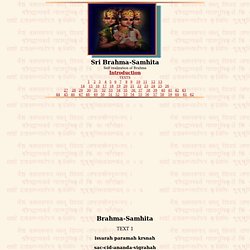 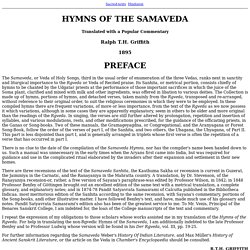 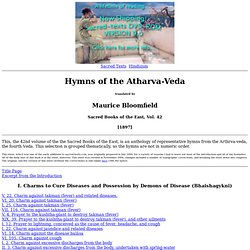 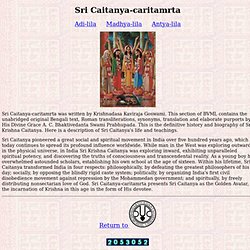 This section of BVML contains the unabridged original Bengali text, Roman transliterations, synonyms, translation and elaborate purports by His Divine Grace A. C. Bhaktivedanta Swami Prabhupada. This is the definitive history and biography of Sri Krishna Caitanya. Sri Caitanya pioneered a great social and spiritual movement in India over five hundred years ago, which today continues to spread its profound influence worldwide. Return to. The Devi Bhagavatam Index.