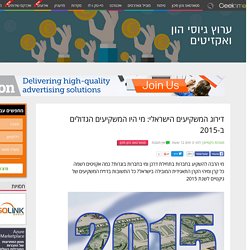 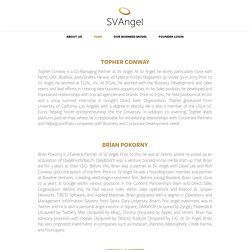 At SV Angel, he works particularly close with Niche, URX, Bluebox, and Zenefits. He was included in Forbes Magazine's 30 Under 30 in 2015. Investment Process. From start to finish, our investment process is pretty standard but here’s a quick overview of what to expect: Initial Referral It’s always best to reach out to us through a mutual connection who will provide an introduction and hopefully a strong recommendation. 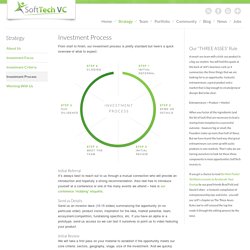 Also feel free to introduce yourself at a conference or one of the many events we attend – here is our conference “mobbing” etiquette. Send us Details. Arizona Bay Consulting and Technology Ventures. Atlas Venture. Ff Venture Capital - Our People. Michael Faber is a senior advisor to ff Venture Capital and a corporate executive, family office advisor and fund manager with more than 20 years of experience investing in, operating and advising both large multi-national and emerging growth companies in a variety of industries. 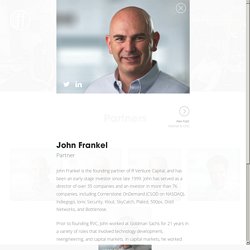 Michael also serves as chief executive officer of NextPoint Management Company, Inc., an investment and strategic advisory firm to family offices on issues such as direct investing, asset manager selection and oversight, trust and estate planning and venture and social philanthropy. Michael also serves as a senior advisor to a family office with more than $2 billion in assets. The Venture's $1Million fund. We have $1Million to empower extraordinary new start-ups that use business to create positive change. 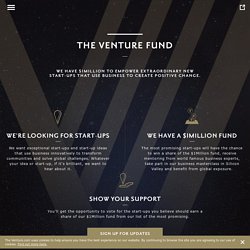 We're looking for start-ups We want exceptional start-ups and start-up ideas that use business innovatively to transform communities and solve global challenges. Whatever your idea or start-up, if it's brilliant, we want to hear about it. We have a $1million fund The most promising start-ups will have the chance to win a share of the $1Million fund, receive mentoring from world famous business experts, take part in our business masterclass in Silicon Valley and benefit from global exposure. About - Tribeca Venture PartnersTribeca Venture Partners. We’re entrepreneurs too. 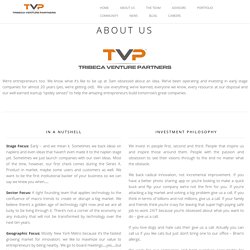 We know what it’s like to be up at 3am obsessed about an idea. We’ve been operating and investing in early stage companies for almost 20 years (yes, we’re getting old). We use everything we’ve learned, everyone we know, every resource at our disposal and our well-earned startup “spidey senses” to help the amazing entrepreneurs build tomorrow’s great companies. APPLY — Women Angel Investors. Matrix Partners. The Periodic Table of New York Tech. The 109 key VCs, late stage investors, angels, accelerators, and acquirers of NY based companies that you should know. 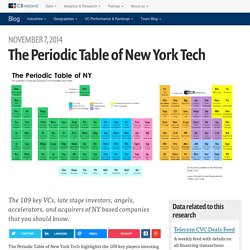 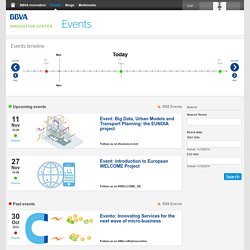 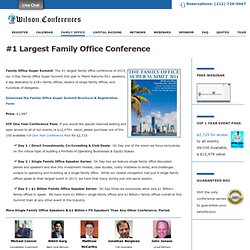 Download the Family Office Super Summit Brochure & Registration Form Price: $1,997 VIP One Year Conference Pass: If you would like special reserved seating and open access to all of our events (a $12,479+ value) please purchase one of the 100 available VIP One Year Conference Pass for $2,725. Seed Funding - Explore Incubator ltd. Group. Seed Funding - Explore Incubator ltd. 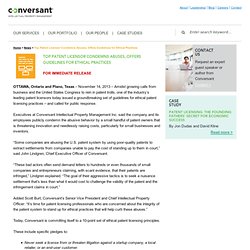 Executives at Conversant Intellectual Property Management Inc. said the company and its employees publicly condemn the abusive behavior by a small handful of patent owners that is threatening innovation and needlessly raising costs, particularly for small businesses and inventors. “Some companies are abusing the U.S. patent system by using poor-quality patents to extract settlements from companies unable to pay the cost of standing up to them in court,” said John Lindgren, Chief Executive Officer of Conversant. Today, Conversant is committing itself to a 10-point set of ethical patent licensing principles. These include specific pledges to: Also issuing a statement was Bernard J. Increasing Seed Valuations Exacerbate ‘Series A Crunch’ Click here to download our most recent 3Q 2014 VC Trends report In doing research for our upcoming 4Q 2013 Venture Capital Valuations & Trends Report, PitchBook has found that the median pre-money valuation for all companies at the seed stage has nearly doubled over the last three years from $3.2 million in 2010, when seed financings became prevalent, to $5.2 million through the first three quarters of 2013.

The data show that Series A valuations are also increasing, but at a slower rate—from $6.8 million in 2010 to $8.9 million through the first three quarters of 2013. JOBS ACT Title II for Accrediteds NOT MUCH HELP for Entrepreneurs. The number of accredited angel investors in the USA declined 15.8% to 268,000 in 2012*. Less than 35% of these 268,000 potential investors or 93,800 have any interest in seed stage investments. Of these 93,800 potential seed stage investors less than 33% of these have any interest to invest in a company where they do not personally know the founders. This leaves 30,954 for the all the startups in the USA to chase with the enactment of the JOBS ACT Title II permitting general solicitation. The Pre-Money Valuation of Angel Deals in 2012.

This post was written by Bill Payne in conjunction with Angel Capital Association. Bill is has been actively involved in angel investing since 1980. He has funded over 50 companies and mentored over 100. Bill is also a founding member of four angel organizations: Aztec Venture Network, Tech Coast Angels, Vegas Valley Angels, and Frontier Angel Fund. 2Q14_Silicon_Valley_Venture_Capital_Survey.pdf. 2012 Valuation Survey of Angel Groups. This summer I conducted our third annual survey of the pre-money valuation of pre-revenue companies recently funded by angel groups in North America. Access to our 2010 and 2011 surveys can be found at 2011 Valuation Survey of North American Angel Investor Groups.

The report finds median round sizes increased to $980K per deal, and pre-money valuations rose to $2.7 million in the quarter. Investments in Internet-related companies jumped significantly, while dollars invested in mobile and healthcare companies dropped. Seed Venture Capital Funds - The Series A Crunch's Next Casualty. Companies receiving seed financing exclusively from Seed VC funds are almost half as likely to raise follow-on financing as those raising seed financing from larger VC funds. After our Series A Crunch Report calculated that more than 1000 companies would be orphaned as the result of the supply-demand imbalance for Series A funding, much of the conversation and angst was around which startups would fail. However, besides companies, it looks like seed venture capital investors themselves may be impacted. Why? Top Startup Incubators And Accelerators: Y Combinator Tops With $7.8 Billion In Value.

Promoting Innovation and Entrepreneurship In the Jewish Community of Silicon Valley, SF, and NYC. Onboarding Reading List - Staying Current on Tech, VC and Startups. Here are the resources we recommend to new teammates when they join as the best way to follow technology, emerging industries, M&A and venture capital. One of the first things folks get when they join CB Insights is a list of sites and newsletters we recommend they track to stay on top of what is happening in startups, technology, venture capital and M&A.

We thought this list might be useful / interesting to others so have shared it below. If you have recommendations on other sources you’d recommend, definitely leave them in the comments. PMV Tool And Pre-Money Valuation Calculator. Founder's Co-op. CB Insider. Founder's Co-op. The Mininum Size Seed Round to Maximize Series A Follow On Investment. How large of a seed round should founders raise to maximize their chances of raising a Series A? Smaller seed rounds are simpler and faster to raise because they typically require fewer investors. They may also require less dilution because of the smaller investment size. On the other hand, to raise a Series A, the startup needs enough runway to hire a team and prove certain milestones to Series A investors.

Using Crunchbase data from 2005 to 2012, I’ve plotted the follow-on rates by size of seed investment quintiles across 2906 companies in that period. Seed Investing Report - Startup Orphans and the Series A Crunch. MyCBI - CB Insights. Corporate Venture Capital Report - First Half 2013. Venture Capital & Social Entrepreneurship. The venture capital community is highly philanthropic. NVCA Members are active in and/or financially support a variety of organizations that influence the social fabric of our local, national, and global communities. Increasingly, we are seeing the same principles that have guided the venture capital industry for decades being applied to social entrepreneurial initiatives.