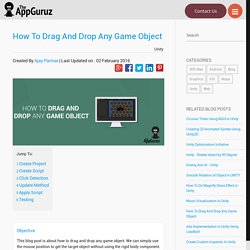 We can simply use the mouse position to get the target object without using the rigid body component. Step 1 Create Project Create a new unity 3D project and set the environment as shown below. Take an empty game object and name it as DragAndDrop and create some other game objects like sphere, cube etc. Step 2 Create Script Make C# script and name it as GameobjectDragAndDrop. Step 3 Click Detection First of all you need to enter the code required to detect the gameobject when clicked on it. Use the following method for it: GameObject ReturnClickedObject(out RaycastHit hit) { GameObject target = null; Ray ray = Camera.main.ScreenPointToRay(Input.mousePosition); if (Physics.Raycast(ray.origin, ray.direction * 10, out hit)) { target = hit.collider.gameObject;} return target; } Step 4 Update Method Write the following code in Update method: Step 5 Apply Script Now, apply this script onto DragAndDrop GameObject. 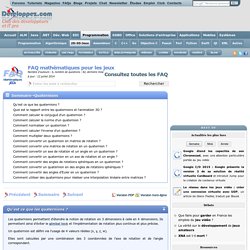 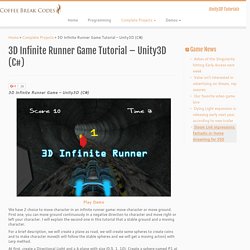 First one, you can move ground continuously in a negative direction to character and move right or left your character. I will explain the second one in this tutorial that a stable ground and a moving character. For a brief description, we will create a plane as road, we will create some spheres to create coins and to make character move(it will follow the stable spheres and we will get a moving action) with Lerp method. At first, create a Directional Light and a A plane with size (0.5, 1, 10). There is no sphere at the end of plane because we will clone this plane and the first sphere of the clone plane will be there. Particle Effects: Tips for Beginners. Recently in email, a self-described “beginner VFX artist” who wants to get better at creating particle effects in Unity asked me if I could recommend any books or references on this topic or if I could offer some tips for beginners. 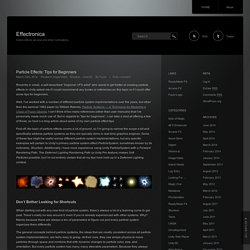 Well, I’ve worked with a number of different particle system implementations over the years, but other than the seminal 1983 paper by William Reeves, Particle Systems — A Technique for Modeling a Class of Fuzzy Objects, I can’t think of too many references (other than user manuals) that I’ve personally made much use of. But in regards to “tips for beginners”, I can take a shot at offering a few of those, so here’s a blog article about some of my own particle effect tips.

First off, the topic of particle effects covers a lot of ground, so I’m going to narrow the scope a bit and specifically address particle systems as they are typically done in real-time graphics engines. Don’t Bother Looking for Shortcuts. AddForce vs. AddRelativeForce vs. rigidbody.velocity. What are the Syntax Differences in C# and Javascript.

The purpose of this answer is to provide a single point of reference for the syntactical differences between C# and JS. 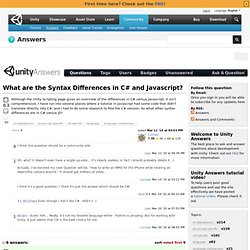 It is mainly for people who have already made their decision as to which language to use, and might need to know the differences (for instance, to translate a script from one language to another). If you want to know more about why you might choose one language over another in Unity, there are several other Questions - for instance: How should I Decide... C#/JS/Boo. And for performance issues, there is: Performance Difference... JS/C#?. These are in addition to the differences listed in the Unity Manual page: Writing Scripts in C#. Unity Script Directives Unity has a number of Script Directives, for example, AddComponentMenu.

Type names A couple of the basic types are spelt differently in pure Unity C#: C#: bool, Javascript: booleanC#: string, Javascript: String using System;String foo = "testing";Boolean bar = false; Variable declaration Variables with dynamic type resolution. Become a Developer. How to pass data between scenes – Static variables. If your game passes the early prototype phase where you just use one scene and build the basic game mechanics, you might come to the point where you start building some test levels to check out some ideas and want to share them with friends, clients (or the world, I dunno). 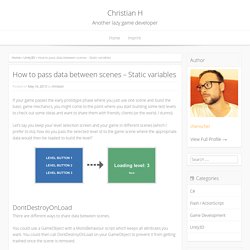 Let’s say you keep your level selection screen and your game in different scenes (which I prefer to do), how do you pass the selected level id to the game scene where the appropriate data would then be loaded to build the level? DontDestroyOnLoad There are different ways to share data between scenes. You could use a GameObject with a MonoBehaviour script which keeps all attributes you want. You could then call DontDestroyOnLoad on your GameObject to prevent it from getting trashed once the scene is removed. It could look something like this: public class MyData : MonoBehaviour { public int currentLevel = 0; void Start() { DontDestroyOnLoad(gameObject); } } Static attributes.