Great Examples of Motion Photography / Parallax 2.5D Animation. By: Stephanie Kay-Kok Science fiction films sometimes show photo prints as being animated, as if animated photography is a technology in the distant future. 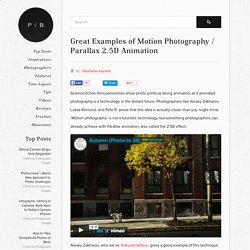 Photographers like Alexey Zakharov, Lukas Renlund, and Pete R. prove that this idea is actually closer than you might think. ‘Motion photography’ is not a futuristic technology, but something photographers can already achieve with Parallax animation, also called the 2.5D effect. Alexey Zakharov, who we’ve featured before, gives a good example of this technique applied to an image of an urban tree in autumn shot by Julien Coquentin. Combined with music, the resulting animation has a type of poetry that’s halfway between a photo and a short film (hence, the 2.5D effect). To create animated photos, you basically layer single frame photos to make the image seem three-dimensional. That is somewhat of an oversimplification, though, so for more technical information, check out this tutorial and/or this tutorial. 2.5D Parallax Animated Photo Tutorial (using Free Software) I had been fiddling with creating these 2.5D parallax animated photos for quite a few years now, but there had recently been a neat post by Joe Fellows that brought it into the light again. 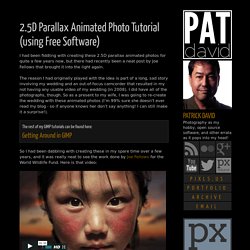 The reason I had originally played with the idea is part of a long, sad story involving my wedding and an out-of-focus camcorder that resulted in my not having any usable video of my wedding (in 2008). I did have all of the photographs, though. So as a present to my wife, I was going to re-create the wedding with these animated photos (I’m 99% sure she doesn't ever read my blog - so if anyone knows her don’t say anything! 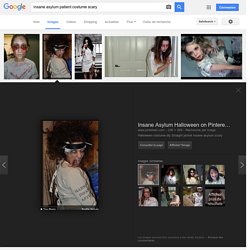 El Salvador: History, Geography, Government, & Culture. Situated on the Pacific coast of Central America, El Salvador has Guatemala to the west and Honduras to the north and east. 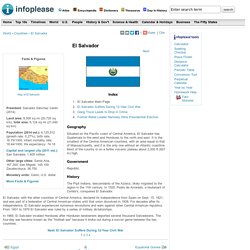 It is the smallest of the Central American countries, with an area equal to that of Massachusetts, and it is the only one without an Atlantic coastline. Most of the country is on a fertile volcanic plateau about 2,000 ft (607 m) high. Republic. The Pipil Indians, descendants of the Aztecs, likely migrated to the region in the 11th century. A photo posted on Reddit Monday has gone viral. 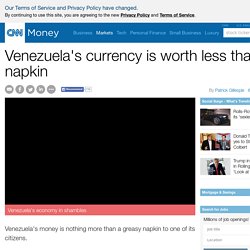 It showed a man holding his empanada with a $2 Venezuelan bolivar bill as a napkin. The post has already generated over 1,770 comments. The Reddit user, "Victorinox126" has a point. One bolivar is literally worth less than a penny on the popular, unofficial exchange rate market. Venezuela's economy is in shambles and basic goods like napkins are hard to come by. Related: 5 reasons why Venezuela may be the world's worst economy Sugar, milk and flour are not easy to buy either. Most Venezuelans exchange dollars and bolivars on the unofficial exchange rate, which has skyrocketed over 700% over the past 12 months.

Venezuela's economy is suffering from extreme inflation sparked by political instability, a murky economy and the fall in oil prices. Last year, inflation rose 68% in Venezuela, and some non-government economists have said inflation could hit triple digits this year. Related: Venezuela is missing a lot more than McDonald's fries. Global Conflict Tracker. Tens of thousands of people have been killed and more than 1.6 million have been internally displaced since civil war broke out in South Sudan in December 2013. 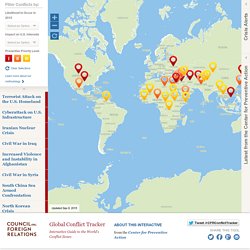 On August 26, President Salva Kiir and former vice president Riek Machar signed a peace agreement, under threat of international sanctions, following several rounds of negotiations, supported by the Interngovernmental Authority on Development (IGAD). The latest deal remains fragile, as clashes continue and both sides have blamed the other for violating the cease-fire. After the leaders failed to reach an agreement by the deadline in March 2015, South Sudanese lawmakers again postponed elections and extended President Kiir’s term; elections are now slated for 2018.

The peace talks, which began in January 2014, have resulted in several agreements, but both parties to the conflict and other splintering factions repeatedly violate the cease-fires.