Mathilde Gøhler is… Art & Design. How To Channel Yourself. What comes to mind when you think of the idea of channelling? 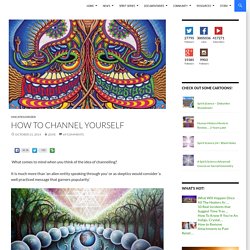 It is much more than ‘an alien entity speaking through you’ or as skeptics would consider ‘a well practiced message that garners popularity.’ Channelling is being just that; a channel. A channel for energy to flow through you – an endless ebb and flow rippling throughout all levels of reality. We are all conduits of energy, so just by breathing and just by being – you are channelling. We all have the innate ability to bring a ‘higher’ source of consciousness through us. So the idea of channelling can be seen as a constant, unconscious act of life. Fotor - Free Online Photo Editing & Creatives. Aping mankind. 9780375714726. Leer tokkelen op gitaar. View topic - Algenpfleger learns to draw (that's right!) 06/06 chicks. Hey lambs :D i'm fine, thanks! 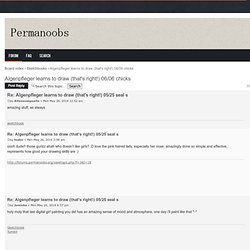 The gestures are probalb ylike 2-3 minutes. my approach is skull and spine, orientation of hips and shoulders, then torso, then limbs, then rest. this is what seems to make the most sense to me. sachsapne, those gestures basically are my mannikin. it's not a lot of line or detail really and it's what i ended up with after simpflifying the body as i saw it. the smoothness comes from it being too deep in my comfort zone x_x luna, ooh yes linran is so great *_* i hope you get your computer fixed soon! Good luck with the job search too :) will, thanks! Matthew, thanks! Buxu, *_* yams4ever, thank you :3 sooo this week was so much fun, i didn't get a lot done. it was our annual campus festival which means sports tournaments all day and dancing all night. it's the beeeeest. By Volt Magazine. Eagle Tribal Tattoo Sample. 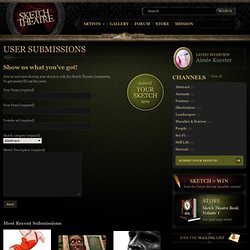 FUCK the SEX. Private Languages. Perpetual art machine - the video art portal - What is [PAM]? Subjective Reality vs. Solipsism. I want to make a distinction between subjective reality and solipsism, since many readers still confuse the two. 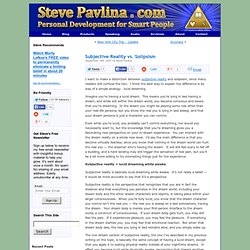 I think the best way to explain the difference is by way of a simple analogy: lucid dreaming. Imagine you’re having a lucid dream. This means you’re lying in bed having a dream, and while still within the dream world, you become conscious and aware that you’re dreaming. In the dream you might be playing some role other than your real-life persona, but you know the real you is lying in bed asleep, and that your dream persona is just a character you can control. Even while you’re lucid, you probably can’t control everything, nor would you necessarily want to, but the knowledge that you’re dreaming gives you a fascinating new perspective on your in-dream experience. Subjective reality = lucid dreaming while awake Subjective reality is basically lucid dreaming while awake. Once you reach this level of lucidity, everything changes.

Create a Realistic Vintage Ticket Stub in Photoshop. In this Photoshop graphic design tutorial, I will show you how to create a ticket stub for the imaginary Design Instruct Graphic Design World’s Fair, which was held in New York City in 1949. 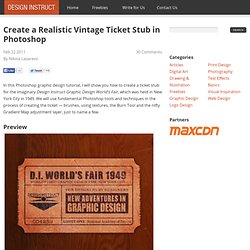 We will use fundamental Photoshop tools and techniques in the process of creating the ticket — brushes, using textures, the Burn Tool and the nifty Gradient Map adjustment layer, just to name a few. Preview Tutorial Resources Step 1: Set Up the Photoshop Document Fire up Photoshop and create a new 500x300px document, which is exactly the size of the ticket stub we will be creating. Next, add guides (View > New Guide) around the canvas: Vertical at 0 and 500px and Horizontal at 0 and 300px.

Go to Image > Canvas Size (Cmd/Ctrl + Option/Alt + C) and expand the canvas to 600x500px to give us some room for the background elements of the ticket stub. Fill the background with color or use a texture; I used one of the textures from the Wood01 texture pack. Technology of the Heart: shadows of the ego-self (nafs) The hero's main feat is to overcome the monster of darkness: it is the long-hoped-for and expected triumph of consciousness over the unconscious. 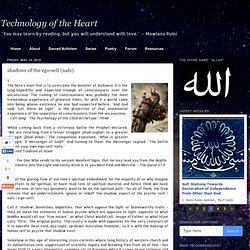 The coming of consciousness was probably the most tremendous experience of primeval times, for with it a world came into being whose existence no one had suspected before. "And God said, 'Let there be light"' is the projection of that immemorial experience of the separation of consciousness from the unconscious.- Carl Jung, "The Psychology of the Child Archetype" (1940) While coming back from a victorious battle the Prophet declared, "We are returning from a lesser struggle (jihad asghar) to a greater struggle (jihad akbar). " The companions explained, "What is greater struggle, O Messenger of God?! " Relax. The Futures Company.