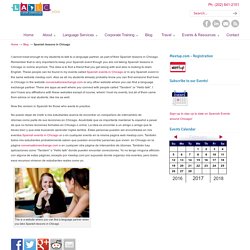 Remember that is very important to keep your Spanish event though you are not taking Spanish lessons in Chicago or online anymore. The idea is to find a friend that you get along with and also is looking to learn English. These people can be found in my events called Spanish events in Chicago or in any Spanish event in the same website meetup.com. Also as all my students already probably know you can find someone that lives in Chicago in the website conversationexchange.com or any other website where you can find a language exchange partner. 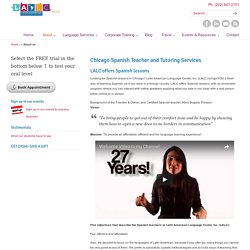 Latin American Language Center, Inc. (LALC) brings YOU a fresh way of learning Spanish as if you were in a foreign country. LALC offers Spanish lessons with an immersion program, where you can interact with native speakers applying what you saw in our class with a real person either online or in person. Background of the Founder & Owner, and Certified Spanish teacher. Mara Bogado PoissonVision: “To bring people to get out of their comfort zone and be happy by showing them how to open a new door to no borders in communication” Mission: “To provide an affordable, efficient and fun language learning experience” Five adjectives that describe the Spanish teachers at Latin American Language Center Inc. Fun, efficient and affordable Also, we decided to focus on the languages of Latin American, because if you offer too many things you cannot be very good at any of them. 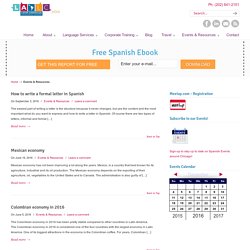 Of course there are two types of letters, informal and formal […] Read more → Mexican economy has not been improving a lot along the years. Mexico, is a country that best known for its agriculture, industrial and its oil production. The Mexican economy depends on the exporting of their agriculture, oil, vegetables to the United States and to Canada. The Colombian economy in 2016 has been pretty stable compared to other countries in Latin America. The foods from Venezuela are very delicious. Argentine food is known for its delicious steak (carne) and wines (vino), mate. Mexican food is delicious! Spanish Tutoring Service Latin American Language Center Inc. Golf Last Man Standing competition. Go to your competition webpage and pay your entry fee online with your card. 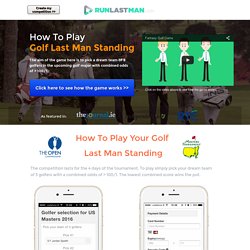 (Cash players can join also) Scores update live during tournament Share the competition link with your mates on WhatsApp, email, Facebook & Twitter from the app. Here's how it works for you and the lads Competitions are incredibly easy to play through the RunLastMan.com site or from your mobile app. Choose from the list of golfers Lowest score at the end wins © Copyright 2016 RunLastMan Ltd. Download your 'Last Man Standing' app now by clicking below Share with the lads on WhatsApp & Facebook Pick a team of 3 golfers in the tournament. Player who's team has the lowest combined score at the end of day 4 wins the pot. Frequently Asked Questions. Government Language Lessons Latin American Language Center Inc. The Chicago Spanish Language Meetup. The Chicago Spanish Language Meetup (1) Spanish to English Translator Latin American Language Center Inc.

LALC has a team of bilingual translators specializing in English to Spanish and Spanish to English translations. 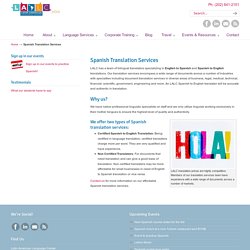