Inside The Strange, Paranoid World Of Julian Assange - BuzzFeed News. We Need a Press Freedom Bill, Even if the Government Doesn't Want One. On 29 July 2016, Outlook magazine digitally released an investigative report called “Operation #BabyLift,” the cover story for its 8 August issue. 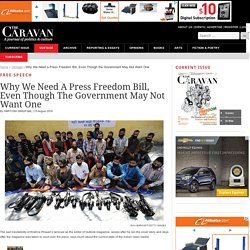 A Plan to Flood San Francisco With News on Homelessness. What are the Panama Papers? A guide to history's biggest data leak. What It’s Like to Write Jokes for President Obama. Photo PRESIDENT OBAMA and his anger translator were having issues. 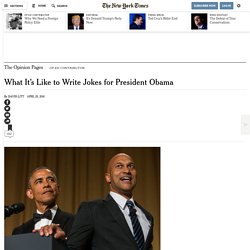 The motorcade was scheduled to leave for last year’s White House Correspondents’ Association dinner in less than 20 minutes. We had one chance to rehearse the president’s closing sketch with the translator, “Luther,” who was played by the comedian Keegan-Michael Key. President Obama had no problem delivering his lines or pretending to go unhinged when talking about climate change deniers. “I do actually get mad sometimes, you know,” he said. The problem was Luther. “I’ve got to hold it together,” Mr. Why you should block ads. Arguments against ad blocking tend to focus on the potential economic harms. 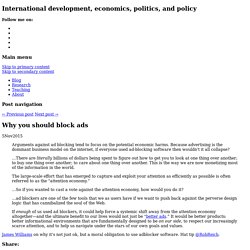 Because advertising is the dominant business model on the internet, if everyone used ad-blocking software then wouldn’t it all collapse? …There are literally billions of dollars being spent to figure out how to get you to look at one thing over another; to buy one thing over another; to care about one thing over another. This is the way we are now monetizing most of the information in the world.The large-scale effort that has emerged to capture and exploit your attention as efficiently as possible is often referred to as the “attention economy.” …So if you wanted to cast a vote against the attention economy, how would you do it? Why everybody loves to hate Barkha Dutt. She is a powerful, fiercely political, single, independent woman, and Internet trolls can’t stand that What would your reaction be if a grown woman shared the following story about her experience of child sexual abuse when she was eight years old? 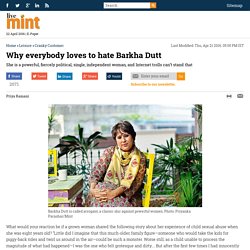 Monica Lewinsky: ‘The shame sticks to you like tar’ One night in London in 2005, a woman said a surprisingly eerie thing to Monica Lewinsky. 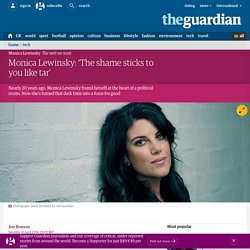 Lewinsky had moved from New York a few days earlier to take a master’s in social psychology at the London School of Economics. On her first weekend, she went drinking with a woman she thought might become a friend. The Path Away from Arnab Goswami Can't Lead to Barkha Dutt. Fast and Furious. WHEN A MASSIVE FIRE ERUPTED at Mantralaya, the headquarters of the Maharashtra state government in Mumbai, shortly before 3 pm on 21 June, national news channels interrupted their broadcasts with live coverage of the blaze. 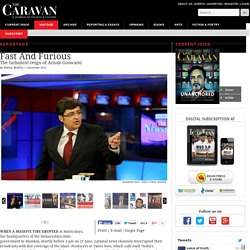 Producers at Times Now, which calls itself “India’s most-watched English news channel”, borrowed footage from a Hindi channel until their broadcast vans reached the place at 3.20 pm, and the channel’s reporters and cameramen began to record pictures and describe the scene. A jittery camera found frightened people inching away from blazing windows on a ledge high above. A man dressed in white, just out of reach of the firemen, swung down from an air conditioner’s holding cage, put one foot on an open window frame a floor below, and gingerly reached out to another window, a few feet away, with the toes of his other foot. Nothing but the ground lay beneath. Changing your Facebook profile picture is doing more good than you might think. Following a set of terrorist attacks on Paris that killed 129 people in November, one thing was clear to pretty much every American with a Facebook account: their friends stood with France. 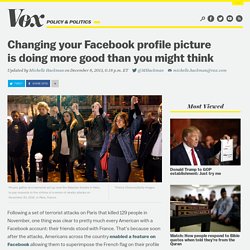 That’s because soon after the attacks, Americans across the country enabled a feature on Facebook allowing them to superimpose the French flag on their profile photos. The condemnations quickly started rolling in. Salon implored Facebook users to "Spare us your French flag filter. " CNN ran an op-ed that declared, "Enough with the French flag Facebook logo. " The Caravan – A Journal of Politics and Culture. Print | E-mail. 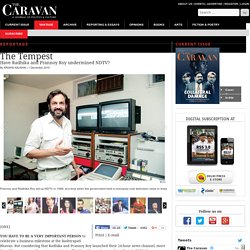 Did the media ignore the Beirut bombings? Or did readers? If social media is an expression of public sentiment, then it seems significant that perhaps the most widely shared tweet on Friday's terror attacks in Paris was not about Paris at all but rather was about another terror attack, earlier that week, in Beirut: The photo in this tweet is not, in fact, from last week's blast in Beirut. 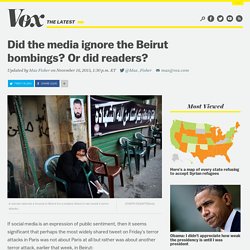 Rather, it is from 2006, during Israel's war against Hezbollah in Lebanon. But what is most striking to me about this tweet, now shared by well over 50,000 people, is that it's wrong: The media has, in fact, covered the Beirut bombings extensively. The New York Times covered it. The Washington Post, in addition to running an Associated Press story on it, sent reporter Hugh Naylor to cover the blasts and then write a lengthy piece on their aftermath. National Geographic lays off staff following 21st Century Fox merger.

National Geographic informed employees Tuesday it would lay off about 9% of its staff, months after announcing it would partner with Rupert Murdoch’s 21st Century Fox as part of an expanded joint venture. 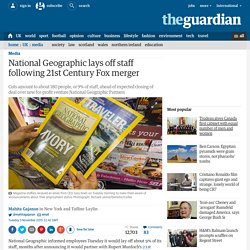 That would amount to about 180 people out of the total 2,000 employees under the new partnership with Fox. In September, 21st Century Fox announced a for-profit venture in which it paid $725m for control of the National Geographic Society, to create National Geographic Partners, which includes National Geographic Channels. Magazine staffers received an email from CEO Gary Knell on Tuesday morning with instructions to make themselves available throughout the day and monitor their inboxes for information about their employment status. According to the statement, layoffs will represent about 9% of the overall workforce reduction.