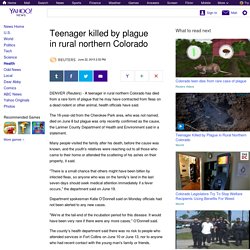 The 16-year-old from the Cherokee Park area, who was not named, died on June 8 but plague was only recently confirmed as the cause, the Larimer County Department of Health and Environment said in a statement. Huge New Review Shows What Medical Marijuana May (and May Not) Help. Medical marijuana availability is expanding rapidly. 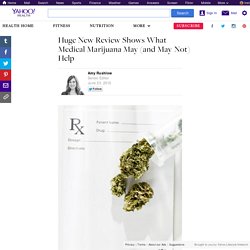 But is it moving faster than research? (Photo: Getty Images/Digital Vision) Medical marijuana is currently legal in 23 U.S. states and the District of Columbia. From state to state, marijuana is approved for a variety of conditions, including but not limited to epilepsy, arthritis, nausea, amyotrophic lateral sclerosis (ALS), multiple sclerosis, cancer, glaucoma, Crohn’s disease, chronic pain, and post traumatic stress disorder (PTSD). “States recommend use for 20 to 30 conditions when many of those conditions have little or no evidence,” says Kevin P. Birth control pills - overview: MedlinePlus Medical Encyclopedia. Birth control pills (BCPs) contain man-made forms of two hormones called estrogen and progestin. 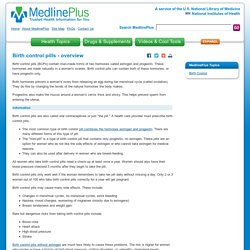 These hormones are made naturally in a woman's ovaries. Birth control pills can contain both of these hormones, or have progestin only. Both hormones prevent a woman's ovary from releasing an egg during her menstrual cycle (called ovulation). They do this by changing the levels of the natural hormones the body makes. Recent use of some oral contraceptives increases breast cancer risk. Researchers found that among recent users of pills, risk increased with only certain pill formulations. 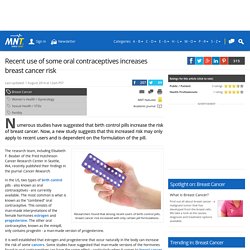 The research team, including Elisabeth F. Beaber of the Fred Hutchinson Cancer Research Center in Seattle, WA, recently published their findings in the journal Cancer Research. Birth Control: Pros and Cons of Hormonal Methods-Topic Overview. Why Does Diversity Matter at College Anyway? Going to Grad School? Why HBCU Undergrads Should Consider A PWI. Study: Minority-Serving Schools Serve Students of Color as Well as Predominantly White Institutions. By Ronald Roach Dr. 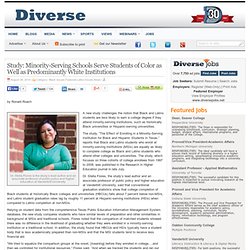 Stella Flores is the study’s lead author and an associate professor of public policy and higher education at Vanderbilt University. A new study challenges the notion that Black and Latino students are less likely to earn a college degree if they attend minority-serving institutions, such as historically Black universities or Hispanic-serving universities. The study, “The Effect of Enrolling in a Minority-Serving Institution for Black and Hispanic Students in Texas,” reports that Black and Latino students who enroll at minority-serving institutions (MSIs) are equally as likely to complete college as Black and Latino students who attend other colleges and universities. The study, which focuses on three cohorts of college enrollees from 1997 to 2008, was published in the Research in Higher Education journal in late July. Dr. Viewpoint: HBCU vs. PWI debate misses the real point of college. When Olivia Sedwick made the financially-conscious choice to attend a historically black college over Baylor, Marquette, Xavier and Purdue, her decision surprised some she knew. 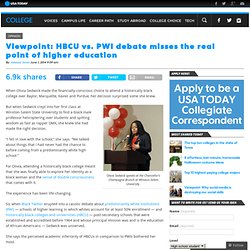 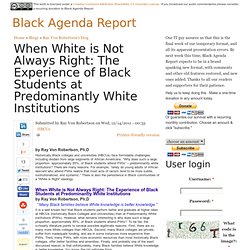 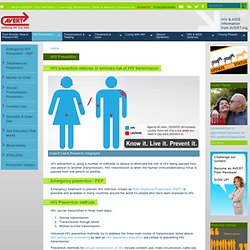 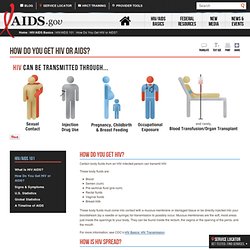 Certain body fluids from an HIV-infected person can transmit HIV. Southern states are now epicenter of HIV/AIDS in the U.S. New Yorker Deadra Malloy was diagnosed with HIV in 1988, but she remained healthy for so long that she wasn’t completely convinced she was positive. 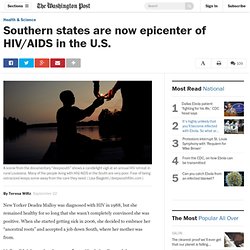 When she started getting sick in 2006, she decided to embrace her “ancestral roots” and accepted a job down South, where her mother was from. Malloy didn’t know that the move, first to North Carolina and then to Columbia, S.C., would make it much more difficult to manage her disease. New York offers free health care, including HIV drugs, to HIV-positive state residents who are uninsured or underinsured, while assistance is harder to come by in North Carolina and South Carolina. The treatment of mental illness from ancient times to the 19th century by Hayley Diamond on Prezi. Extracting the Stone of Madness – The Search for the Cure to Insanity. Mental illness in the 16th and 17th centuries. This section looks at how the appointment of the Bethlem's first medical 'keeper' in 1619 reflected society's growing view that mental illness was a medical matter rather than a supernatural event, despite the continued popularity of traditional treatments.

The Bethlem Asylum When Henry VIII dissolved the religious orders, he seized the Bethlem Hospital in London, England's only asylum for the mentally ill. However, shortly before he died in 1547 he transferred its control to the Corporation of London. It then became a civic rather than a religious institution. Treatment for the insane improved in the early 1900s. Before psychoanalytic techniques were introduced during the first decade of the 20th century, there was no help for the mentally challenged individuals in society. Those without family were committed to asylums, and often confined there for life. The treatment of the insane in eighteenth- and early nineteenth-century Montpellier. A contribution to the prehistory of the lunatic asylum in provincial France.

The 10 Most Insane Medical Practices in History. Nasa gets a rare glimpse of a black hole - New Articles - The Independent. Nasa’s Nuclear Spectroscopic Telescope Array (NuSTAR) captured the effect when a compact source of X-rays, known as the corona, moved towards the black hole and was pulled into it.