Animation Luminous Ball- Adobe Player. Pleiadian Lightwork - Amorah Quan Yin - Articles by Amorah Quan Yin. NNL5 Life is Like a Cheese Ball. In The Fire From Within, in the chapter entitled The Assemblage Point, don Juan drew Carlos a diagram of a ball of jack cheese, using it to illustrate the form of human beings when seen. 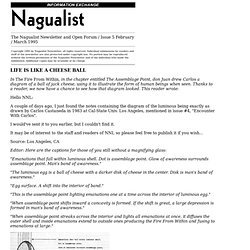 Thanks to a reader, we now have a chance to see how that diagram looked. This reader wrote: Hello NNL: A couple of days ago, I just found the notes containing the diagram of the luminous being exactly as drawn by Carlos Castaneda in 1983 at Cal-State Univ. Los Angeles, mentioned in issue #4, "Encounter With Carlos". The Power of the Womb. The womb is the way female animals sense things and regulate their bodies. 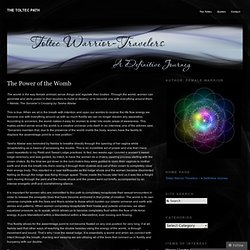 Through the womb, women can generate and store power in their doubles to build or destroy; or to become one with everything around them. ~ Nelida, The Sorcerer’s Crossing by Taisha Abelar This is true. When we sit in the breath with intention and open our wombs to receive the life flow energy we become one with everything around us with so much fluidity we can no longer discern any separation. According to sorcerers, the womb makes it easy for women to enter into exotic areas of awareness. This makes perfect sense since the womb is a creative universe unto itself. Concept about the Assemblage Point (AP) and levels of consciousness of man - Esoteric Heritage study and Consciousness Development Center. The human consciousness develops within the boundaries of the planetary consciousness according to the existing scheme - from simple to complex. 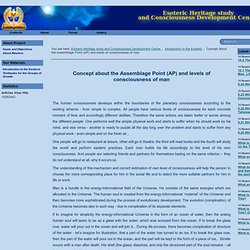 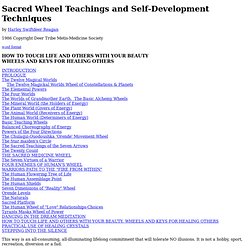 Garden of night /toltec.rap. Вероятная картина мира. * Dear reader, We apologize for the fact that not all of the text so far been translated into English. 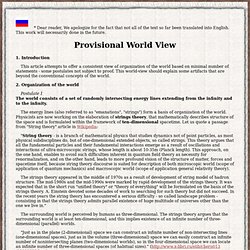 This work will necessarily done in the future. Carlos Castaneda info. You are not Your Physical Body; You are Not the Physical Matter: You are Energy! 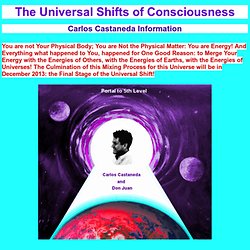 And Everything what happened to You, happened for One Good Reason: to Merge Your Energy with the Energies of Others, with the Energies of Earths, with the Energies of Universes! The Culmination of this Mixing Process for this Universe will be in December 2013: the Final Stage of the Universal Shift! Linkto Site Map listing other articles, books and useful websites: SITE MAP Any material inc. pictures can be taken from this website! Please, don't use Internet Explorer: it's too slow! Sunrise above ocean, March 2010, Australia Carlos Arana Castañeda (Birth - December 25, 1925 – Death April 27, 1998) Carlos Castaneda was a Peruvian-American author with a Ph.D. in anthropology. 2013 » Декабрь » 31 Опыты по «выходу из тела» проводились еще в 70-х годах ХХ века Американским обществом психических исследований. Ovi Magazine : Cocoons and fibers - Eye floaters as a source of inspiration for Carlos Castaneda? by Floco Tausin.

The anthropologist and cult writer Carlos Castaneda (CC) has substantially contributed to the emergence of a Western New Age shamanism. 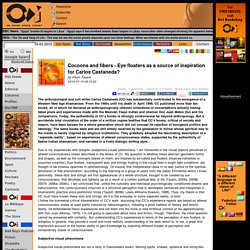 From the 1960s until his death in April 1998, CC published more than ten books, all of which he declared as anthropologically relevant collections of conversations actually having taken place and experiences made with the Mexican Yaqui Indian and shaman Don Juan Matus (DJ) and his companions. Today, the authenticity of CC‘s books is strongly controversial far beyond anthropology. But a worldwide total circulation of the order of a million copies testifies that CC‘s books, critical of society and reason, have been balsam for a whole generation which did not conceal its rejection of bourgeois politics and ideology. The same books were and are still widely received by the generation to follow whose spiritual way to the inside is hardly inspired by religious institutions. Subjective visual phenomena. * The Assemblage Point Process. The assemblage point is real. 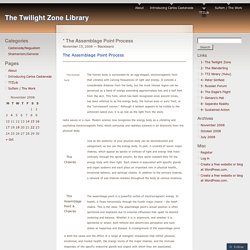 With training, the practitioner can see a client’s assemblage point with the conscious physical eye, feel it with the hands, and measure it with scientific equipment. And, one can learn to feel it within the self. Most people who achieve this level of awareness express surprise that they had not felt it earlier.It is inevitable that each of us, usually more than once in our lives, experience some sort of trauma – physical, emotional, or spiritual, through an accident, trauma, disease, drug or food addiction, depression, grief, pain, loss, and so forth. If, during the incident and in its aftermath, we can make ourselves aware, we notice that we have changed, often in a painful way that does not seem to abate with time. It may feel like a shift in perspective, or an inability to return to normal. The deep assemblage point shift is thought to be the most advanced energy healing known to man at this time.

Jon Whale. Core Energy: Locating the Assemblage Point. The ability to change how we 'feel' and how we 'behave' by adjusting or correcting our Energy Body alignment is nothing short of miraculous. 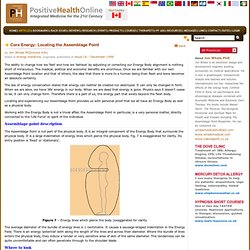 The medical, political and economic benefits are enormous. Once we are familiar with our own Assemblage Point location and that of others, the idea that there is more to a human being than flesh and bone becomes an absolute certainty. The law of energy conservation states that energy can neither be created nor destroyed. It can only be changed in form. When we are alive, we have 'life' energy in our body. Locating and experiencing our Assemblage Point provides us with personal proof that we all have an Energy Body as well as a physical body. Core Energy - Case Studies. Case Study 1 Ms Linda H 22 Years Old. Gloucestershire. 22 December 1995. This young lady developed asthma some years back, while working as a life guard attendant at an indoor swimming baths.

As a result she changed her job. Linda returned to the pool for a swimming training session. Ms Linda H receiving stimulating orange rays. CORE ENERGY: Shifting the Assemblage Point. Clinically depressed patients such as M.E. sufferers will have a dropped, or low Assemblage Point location. 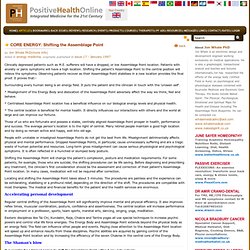