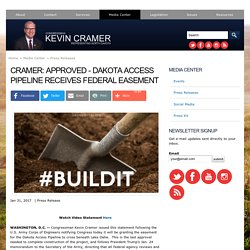 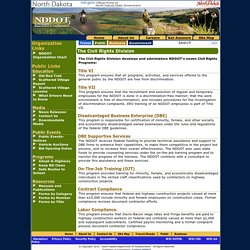 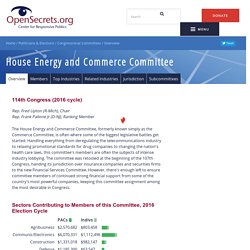 Fred Upton (R-Mich), ChairRep. Frank Pallone Jr (D-NJ), Ranking Member The House Energy and Commerce Committee, formerly known simply as the Commerce Committee, is often where some of the biggest legislative battles get started. Handling everything from deregulating the telecommunications industry to relaxing promotional standards for drug companies to changing the nation's health care laws, this committee's members are often the subjects of intense industry lobbying. Sectors Contributing to Members of this Committee, 2016 Election Cycle Committee-Related Industries This committee has jurisdiction over a few select, identifiable groups, so we have highlighted contributions from the following in "Member Money," "Top Industries," and "Committee-Related Industries": Figures are based on Federal Election Commission data released electronically . Feel free to distribute or cite this material, but please credit the Center for Responsive Politics. 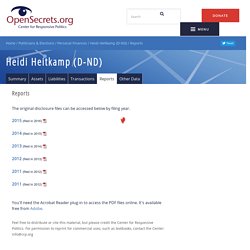 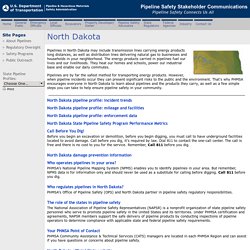 The energy products carried in pipelines fuel our lives and our livelihoods. They heat our homes and schools, power our industrial base and enable our daily commutes. Pipelines are by far the safest method for transporting energy products. However, when pipeline incidents occur they can present significant risks to the public and the environment. Home: Public Service Commission, North Dakota. 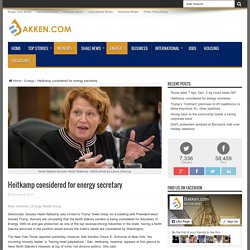 DOE: OFFICE of FOSSIL ENERGY. ND TAX COMMISSIONER. ND SUPREME COURT. ND STATE BOARD of EQUALIZATION. Board of University and School Lands. NORTH DAKOTA ATTORNEY GENERAL. IT'S ABOUT TIME ND: All New crude oil/produced water gathering lines must be inspected by qualified, independent, THIRD-PARTY inspectors. North Dakota may now be considered a leader in the operation and regulation of oil and produced water gathering pipelines thanks to newly approved rules, according to Kevin Pranis, marketing manager for the Laborers International Union of North America (LIUNA). 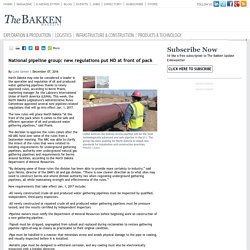 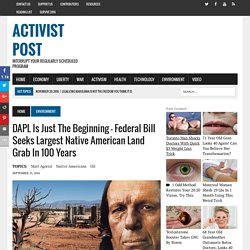 This proposal would turn more than a quarter of the Ute Tribe’s land into oil and drilling zones. Now, after pining away for three years, the initiative has transformed into HR5780 and will be pushed through the US House of Representatives in just a few weeks. This government grab of Native American land is the first of its kind in over 100 years. According to the authors of the Utah Public Lands Initiative, it is to build consensus among stakeholders in eastern Utah to designate lands for conservation and development. Mineral Royalties Hearing: Data Reliability is a Major Risk Factor. Former federal official claims DAPL decision politically driven.

A decision this week by the U.S. 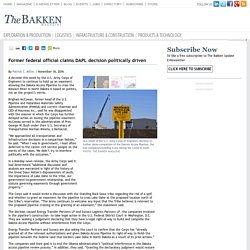 Army Corps of Engineers to continue to hold up an easement allowing the Dakota Access Pipeline to cross the Missouri River in North Dakota is based on politics, not on the project’s merits. Brigham McCowan, former head of the U.S. Pipeline and Hazardous Materials Safety Administration (PHMSA) and current chairman and CEO of Nouveau Inc., said he was disappointed with the manner in which the Corps has further delayed action on issuing the pipeline easement.

McCowan served in the administration of Pres. George W. “We approached all transportation and infrastructure decisions in a nonpartisan fashion,” he said. Murky waters: State may be trying to claim oil rights under Lake Sakakawea. The Board of University and School Lands has traditionally leased minerals under the Missouri River but not minerals under Lake Sakakawea, created by the Garrison Dam. 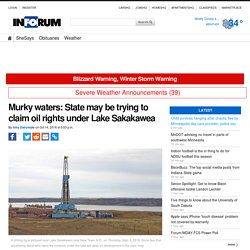 But in recent court cases involving disputes over minerals, attorneys representing the state have asserted that there is no distinction between the historical river channel and Lake Sakakawea. The statements in court, combined with a lack of clarity from the Land Board that has only discussed the matter in closed-door executive sessions, are causing some to question the board's intentions, said Ron Ness, president of the North Dakota Petroleum Council. "That would lead one to clearly believe they're attempting to take ownership of the minerals under the lakebed," Ness said. It's causing concern among private mineral owners who have already leased minerals under Lake Sakakawea, Ness said.