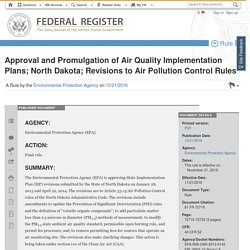 Final rule. The Environmental Protection Agency (EPA) is approving State Implementation Plan (SIP) revisions submitted by the State of North Dakota on January 28, 2013 and April 22, 2014. The revisions are to Article 33-15 Air Pollution Control rules of the North Dakota Administrative Code. Grasslands Go Under the Plow in the Prairie Pothole Region. An article in the May 27 edition of Harvest Public Media, an online news outlet devoted to news about agriculture, amounts to first-hand evidence of the destruction of the iconic Prairie Pothole Region – an oasis of grassland and wetlands in North America. 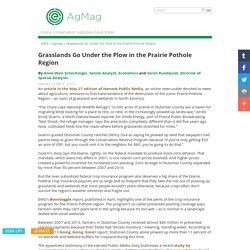 “The Chase Lake National Wildlife Refuge's 10,000 acres of prairie in Stutsman County are a haven for migrating birds looking for a place to rest, or nest, in the increasingly plowed-up landscape,” wrote Emily Guerin, a North Dakota-based reporter for Inside Energy, part of Prairie Public Broadcasting. “Neil Shook, the refuge manager, says the area looks completely different than it did five years ago. Now, cultivated fields line the roads where before grasslands stretched for miles.” Guerin’s story lays the blame, rightly, on the federal mandate to produce more corn ethanol.

That mandate, which went into effect in 2007, is one reason corn prices boomed. Environmental Consequences. Swapping crop insurance for ad hoc or supplementary crop disaster assistance has dramatically increased the cost taxpayers shoulder and transformed legitimate assistance for periodic disasters into an often generous form of annual income support. 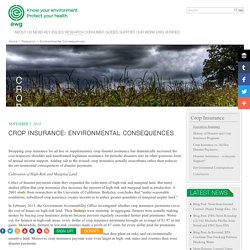 Adding salt to the wound, crop insurance actually exacerbates rather than reduces the environmental consequences of disaster payments. Cultivation of High-Risk and Marginal Land Critics of disaster payments claim they expanded the cultivation of high-risk and marginal land. But many studies affirm that crop insurance also increases the amount of high-risk and marginal land in production. 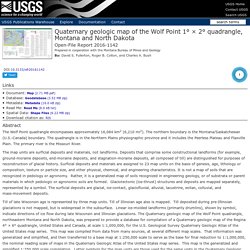 The northern boundary is the Montana/Saskatchewan (U.S. -Canada) boundary. The quadrangle is in the Northern Plains physiographic province and it includes the Peerless Plateau and Flaxville Plain. Assessing spring direct mortality to avifauna from wind energy facilities in the Dakotas. Abstract The Northern Great Plains (NGP) contains much of the remaining temperate grasslands, an ecosystem that is one of the most converted and least protected in the world. 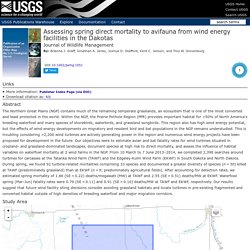 Within the NGP, the Prairie Pothole Region (PPR) provides important habitat for >50% of North America's breeding waterfowl and many species of shorebirds, waterbirds, and grassland songbirds. This region also has high wind energy potential, but the effects of wind energy developments on migratory and resident bird and bat populations in the NGP remains understudied. This is troubling considering >2,200 wind turbines are actively generating power in the region and numerous wind energy projects have been proposed for development in the future. 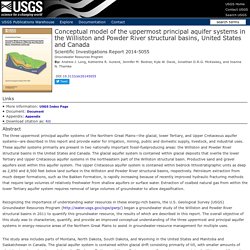 These aquifer systems primarily are present in two nationally important fossil-fuelproducing areas: the Williston and Powder River structural basins in the United States and Canada. The glacial aquifer system is contained within glacial deposits that overlie the lower Tertiary and Upper Cretaceous aquifer systems in the northeastern part of the Williston structural basin. Fate and Effects of Wastes from Unconventional Oil and Gas Development Photo Gallery. USGS scientists are conducting laboratory experiments to investigate microbial responses to additives used in hydraulic fracturing to recover unconventional oil and gas resources. 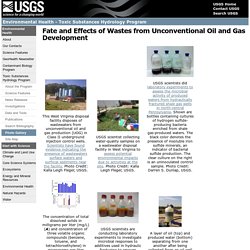 Pictured are four bottles containing stream water and sediment called microcosms. Photo credit: Andrea Fraser, USGS. A layer of oil (top) and produced water (bottom) separating from one another after being collected from an oil well in the Permian Basin, Texas. USGS scientists are collecting samples like this one to characterize the chemistry of produced waters. Photo Credit: Francisco Reyes, USGS. North Dakota's Oil Boom Brings Environmental Damage with Economic Prosperity. An oil well near Ross, N.D., on Aug. 23, 2011. 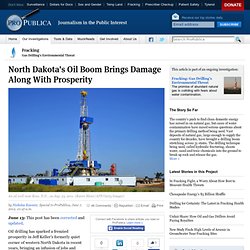 (Karen Bleier/AFP/Getty Images) But Keller, a natural resource manager for the Army Corps of Engineers, has seen a more ominous effect of the boom, too: Oil companies are spilling and dumping drilling waste onto the region's land and into its waterways with increasing regularity. Hydraulic fracturing — the controversial process behind the spread of natural gas drilling — is enabling oil companies to reach previously inaccessible reserves in North Dakota, triggering a turnaround not only in the state's fortunes, but also in domestic energy production. North Dakota now ranks second behind only Texas in oil output nationwide. The downside is waste — lots of it. Landmark Report on Oil, Gas, Minerals, and Renewable Resources Provides New Insights into the Impact of Natural Resource Extraction on Taxpayers and Communities.