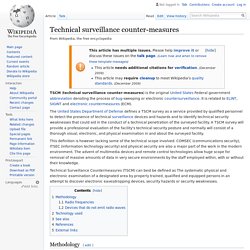 It is related to ELINT, SIGINT and electronic countermeasures (ECM). The United States Department of Defense defines a TSCM survey as a service provided by qualified personnel to detect the presence of technical surveillance devices and hazards and to identify technical security weaknesses that could aid in the conduct of a technical penetration of the surveyed facility. Counter Surveillance Equipment. Apps. It’s been said that the camera is the new gun. 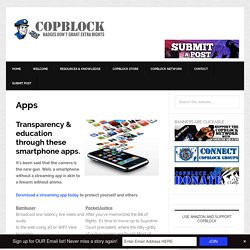 WASHINGTON, DC — Reports about agents using a Stingray on protesters to unconstitutionally monitor their phones are circulating widely, and now protesters have a way to fight back. 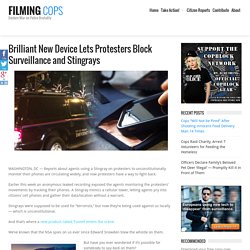 Earlier this week an anonymous leaked recording exposed the agents monitoring the protesters’ movements by tracking their phones. A Stingray mimics a cellular tower, letting agents pry into citizens’ cell phones and gather their data/location without a warrant. Stingrays were supposed to be used for “terrorists,” but now they’re being used against us locally — which is unconstitutional. And that’s where a new product called Tunnel enters the scene. We’ve known that the NSA spies on us ever since Edward Snowden blew the whistle on them. NSA building in Utah. Hushed Anonymous Phone Number. Obfuscation. “By mapping out obfuscation tools, practices, and goals, Brunton and Nissenbaum provide a valuable framework for understanding how people seek to achieve privacy and control in a data-soaked world. 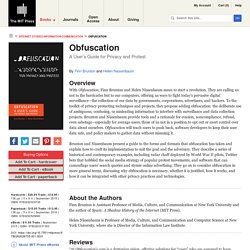 This important book is essential for anyone trying to understand why people resist and challenge tech norms, including policymakers, engineers, and users of technology”—danah boyd, author of It’s Complicated: The Social Lives of Networked Teens and founder of Data & Society “Obfuscation is an intelligently written handbook for subversives. I found the historical examples fascinating and the ethical discussion thought-provoking.” —Lorrie Faith Cranor, Director, CyLab Usable Privacy and Security Laboratory, Carnegie Mellon University. Surveillance Countermeasures: Expressive Privacy via Obfuscation. Daniel C. 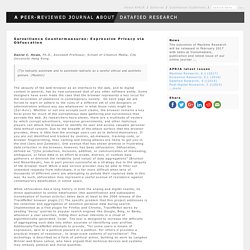 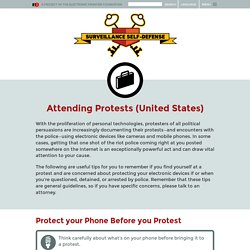 Your phone contains a wealth of private data, which can include your list of contacts, the people you have recently called, your text messages and email, photos and video, GPS location data, your web browsing history and passwords or active logins, and the contents of your email and social media accounts. Through stored passwords, access to the device can allow someone to obtain yet even more information on remote servers. The United States Supreme Court recently held that the police are required to get a warrant to obtain this information when someone is arrested, but the exact limits of that ruling are still being examined. In addition, sometimes law enforcement will seek to seize a phone because they believe it contains evidence of a crime (such as photos you may have taken of the protest), or as part of a vehicle search. Tips, Tools and How-tos for Safer Online Communications.

Privacy and security basics. There's no such thing as 'perfect privacy' or 'perfect security', but there are a few simple things you can do to keep your content, communications and web browsing more private and more secure. 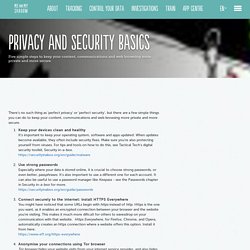 Keep your devices clean and healthy It's important to keep your operating system, software and apps updated. When updates become available, they often include security fixes. Me and my Shadow. Gpg4usb - email and file encryption. Before you can begin encrypting and decrypting email, text messages, documents and files, you must take two preparatory steps: first you need to generate or import your encryption key pair and second you need to send your public key to your contacts and receive their public keys and import them to your key ring. 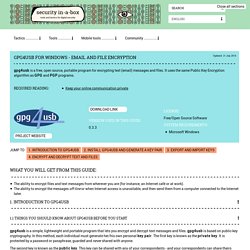 We describe how to share public keys on the next page. gpg4usb assist you with generating your key pair on the first start of the program. Note that you can always come back to Getting Started window from the Help -> Open Wizard menu. Step 1. To run the gpg4usb program for the first time , find and double click to open the gpg4usb folder and then double click . Step 2. Figure 2: Choose your Action. Android - riseup.net. Getting and Installing Bitmask There are two ways to obtain the Bitmask Android client, the first one is to download directly from the Bitmask website and the second is to download it through the Play Store. 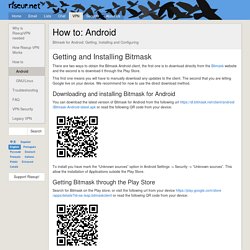 This first one means you will have to manually download any updates to the client. The second that you are letting Google live on your device. We recommend for now to use the direct download method. Downloading and installing Bitmask for Android You can download the latest version of Bitmask for Android from the following url or read the following QR code from your device: Home - riseup.net. Mailvelope - OpenPGP for webmail. Mailvelope comes preconfigured to work with several webmail services, including Gmail. 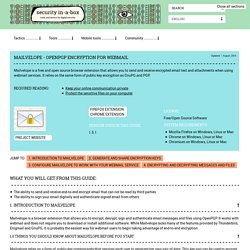 You can check if Mailvelope is already configured to work with your webmail provider by loging into your email account and composing new message. You should see a Mailvelope button in the upper, right-hand corner of the message area, as shown below: If you see this button, you can skip the remaining steps in this section. Tools and tactics for digital security. How Mesh Networking Empowers Mobile Activism. Mobile activism has proven to be a cornerstone of modern tactics used to hold governments and organizations accountable. Yet as we have seen multiple times across the globe in recent years, when large scale protests erupt, or governments feel threatened, the result is sometimes the shutdown of mobile networks.

These events can have substantial impacts felt across the economy, services digital and physical, not to mention the obvious massive communication disruptions. Such events have even led groups to look into recognizing mobile network access as a fundamental human right. MobileActive - News. Mobiles in-a-Box. Security in-a-box. How to defeat FBI or police 'stingray' surveillance. Earlier this week we learned something horrible, although totally predictable: In the vast majority of circumstances, the FBI does not obtain judicial warrants to deploy controversial stingray technology against the public. Amazingly, the government justifies this patently illegal position by asserting—once again—that cell phone users have no right to privacy in public spaces.

(I assume the FBI would take a different position if police accountability activists deployed wifi sniffers or stingrays at the police, even if they did so in public parks.) Tunnel — Tunnel. Robin, one of your most loyal employees, downloaded a gaming app on his smartphone about a week ago. Despite the look and feel of a real game, the app was created as a “front” by malicious hackers. Once downloaded, it gave them the ability to remotely activate the microphone and camera on Robin’s phone. Robin had his phone with him in the meeting that morning. They heard all the details about the code improvements and used the information to infiltrate your systems. Solution: No matter how many security precautions you’ve taken, just one employee’s phone is all it takes for an intruder to gain access. Tunnel — Tunnel. Backslash: Anti-surveillance gadgets for protesters. When riot police descended on protesters in Ferguson, Missouri, last year sporting assault rifles and armored vehicles, the images sparked an awareness of the military technologies and tactics authorities have adopted over the past decade.