My Top 3 Sex Problems as a Woman. Let me start this out by making a couple wild generalizations about sex.

First, we’re all having it. 3 Ways To Disengage From Conflict. From sports teams, to political parties, to gay marriage, to abortion, conflict and differing opinions are as abundant in our own communities as in the whole of the world. 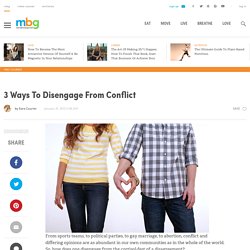 So, how does one disengage from the cortisol-fest of a disagreement? Here are a few simple steps: 1. Let go of the need to have the last word. This is actually an act of preservation. Conflict is contagious; the human instinct of “fight or flight” kicks in, and oftentimes things are said in heated anger that are not really necessary. 2. By allowing another person to have an opinion separate from, or even opposite of, yours is liberating. 3 Ways To Disengage From Conflict. Do You Want To Be Right Or Happy? How To Resolve Conflict. I love the phrase, Do you want to be right or do you want to be happy? 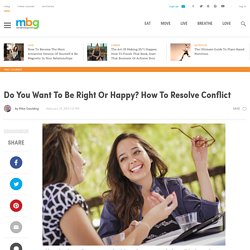 Maybe you have an uncle who constantly engages you in heated discussions about politics when you obviously have a different opinion. Or maybe you and a friend have a very different idea about what happened with a past issue. You've tried to convince her many times before and she's not seeing it your way. It's time to give up winning the argument and start taking charge of the situation by taking charge of yourself.

When you feel the urge to defend yourself against the ridiculous point your relative has just made, you can use the Peace Survival Kit and take an Aikido approach instead. Aikido is a Japanese martial art (also known as the art of peace) that empowers people to protect themselves without having to hurt other people. So going back to your argumentative relative, you can use the three steps in an Aikido move in your verbal differences: Ibrahim Maalouf - de Beyonce à une France obscure. 10 Things I've Learned About Gaslighting As An Abuse Tactic. Emotional Labor: What It Is and How To Do It. Ages ago, I read this fantastic piece about practical things men can do to support feminism. 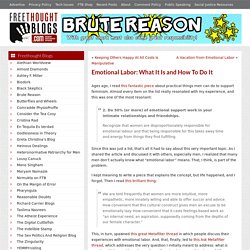 Almost every item on the list really resonated with my experience, and this was one of the most resonant: 2. Do 50% (or more) of emotional support work in your intimate relationships and friendships.Recognize that women are disproportionately responsible for emotional labour and that being responsible for this takes away time and energy from things they find fulfilling. Since this was just a list, that’s all it had to say about this very important topic. As I shared the article and discussed it with others, especially men, I realized that many men don’t actually know what “emotional labor” means. I kept meaning to write a piece that explains the concept, but life happened, and I forgot. We are told frequently that women are more intuitive, more empathetic, more innately willing and able to offer succor and advice. The original Ask Metafilter post: User phunniemie adds: WidgetAlley adds: How We Teach Our Kids That Women Are Liars.

The message that women are untrustworthy liars is everywhere in our culture—from TV and music, to politics and religion, says Soraya Chemaly. 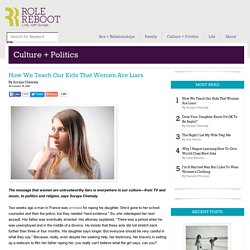 Two weeks ago a man in France was arrested for raping his daughter. She’d gone to her school counselor and then the police, but they needed “hard evidence.” So, she videotaped her next assault. Her father was eventually arrested. His attorney explained, “There was a period when he was unemployed and in the middle of a divorce. Everyone “knows” this. Three years ago, in fly-on-the-wall fashion of parent drivers everywhere, I listened while a 14-year-old girl in the back seat of my car described how angry she was that her parents had stopped allowing her to walk home alone just because a girl in her neighborhood “claimed she was raped.”

She didn’t know the person, she just assumed she was lying. Fast-forward three years, again in a car. 3 Ways Men Wanting to 'Focus On Her Pleasure' During Sex Can Still Be Sexist. We’re starting to talk more about giving equal weight to women’s pleasure in man/woman sexual encounters, and that’s awesome.

As a woman, you’d think I’d be all for focusing more on women’s pleasure in sex. And I am – mostly. Sometimes, though, I’ll hear a hetero guy talking about how important women’s pleasure is, and it leaves me cringing. Worse yet, sometimes I’ve had sex with men who said they were all about my pleasure – and in a sense, they were – yet I still ended up feeling like their feelings and needs were more important than my actual experiences. In this article, I’ll be discussing three ways “I love giving a woman pleasure!” Two quick notes before we get into it, though. JC Lattès, Le Masque. Lucie Scalbert était la plus belle fille du lycée. 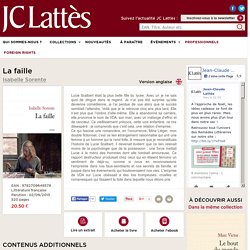 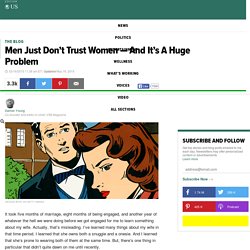