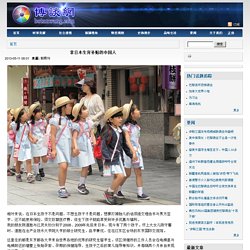 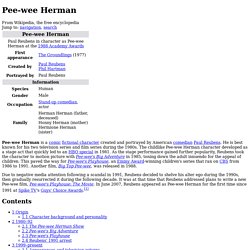 He is best known for his two television series and film series during the 1980s. The childlike Pee-wee Herman character developed as a stage act that quickly led to an HBO special in 1981. As the stage performance gained further popularity, Reubens took the character to motion picture with Pee-wee's Big Adventure in 1985, toning down the adult innuendo for the appeal of children. Neve Campbell. Dangereuse alliance (1996. Howard Ashman. Howard Elliott Ashman (May 17, 1950 – March 14, 1991) was an American playwright and lyricist.[1] Ashman first studied at Boston University and Goddard College (with a stop at Tufts University's Summer Theater) and then went on to achieve his master's degree from Indiana University in 1974. 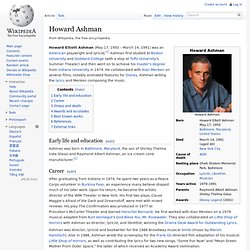 He collaborated with Alan Menken on several films, notably animated features for Disney, Ashman writing the lyrics and Menken composing the music. Early life and education[edit] Ashman was born in Baltimore, Maryland, the son of Shirley Thelma (née Glass) and Raymond Albert Ashman, an ice cream cone manufacturer.[2] Career[edit] Along with Menken, Ashman was the co-recipient of two Grammy Awards, two Golden Globe Awards and two Academy Awards. Illness and death[edit] On the night of the Academy Awards, Ashman told Menken that they needed to have an important talk when they got back to New York, where he revealed to Menken that he was HIV positive. The Little Mermaid (1989 film)

The 28th film in the Walt Disney Animated Classics series, The Little Mermaid was released to theaters on November 17, 1989 to largely positive reviews, garnering $84 million at the domestic box office during its initial release,[3] and $211 million in total lifetime gross worldwide.[2] After the success of the studio's 1988 film Who Framed Roger Rabbit, The Little Mermaid is given credit for breathing life back into the art of Disney animated feature films after a string of critical or commercial failures produced by Disney that dated back to the early 1970s. 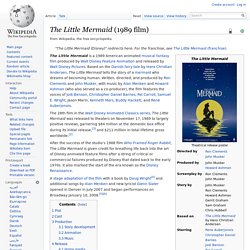 It also marked the start of the era known as the Disney Renaissance. Plot One night, Ariel, Flounder and an unwilling Sebastian travel to the ocean surface to watch Prince Eric celebrate his birthday. Elvira: Mistress of the Dark (1988. John Paragon. John Dixon Paragon (born 9 December 1954) is an American actor, writer, and director. 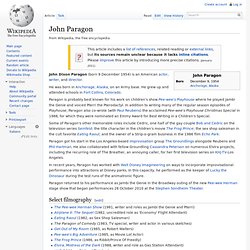 He was born in Anchorage, Alaska, on an Army base. He grew up and attended schools in Fort Collins, Colorado. Paragon is probably best known for his work on children's show Pee-wee's Playhouse where he played Jambi the Genie and voiced Pterri the Pterodactyl. In addition to writing many of the regular season episodes of Playhouse, Paragon also co-wrote (with Paul Reubens) the acclaimed Pee-wee's Playhouse Christmas Special in 1988, for which they were nominated an Emmy Award for Best Writing in a Children's Special.

Paragon got his start in the Los Angeles-based improvisation group The Groundlings alongside Reubens and Phil Hartman. In recent years, Paragon has worked with Walt Disney Imagineering on ways to incorporate improvisational performance into attractions at Disney parks. Elvira, Mistress of the Dark. Elvira, Mistress of the Dark is a 1988 comedy horror film directed by James Signorelli. 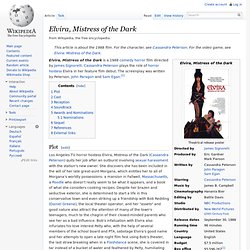 Cassandra Peterson plays the role of horror hostess Elvira in her feature film debut. The screenplay was written by Peterson, John Paragon and Sam Egan.[2] Plot[edit] Elvira tries to console herself and impress Bob by cooking dinner using one of Morgana's recipes and, despite the oddity of the ingredients, she succeeds, only to have herself and Bob attacked by a creature created from the mixture. Elvira discovers that the recipe book is actually a spellbook and plots to use the same creatures at the PTA picnic that weekend. Hocus Pocus (1993) Full Movie Video. Dr. Horrible Sequel: Joss Whedon Updates On Second Neil Patrick Harris Film. Joss Whedon is a busy guy. 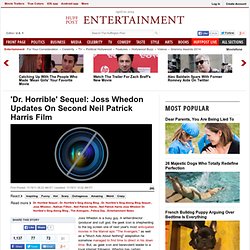 A writer/director/producer and cult god, the geek icon is shepherding to the big screen one of next year's most anticipated movies in the Marvel epic "The Avengers," as well as a "Much Ado About Nothing" adaptation he somehow managed to find time to direct in his down time. But, as geek icon and benevolent leader to a loyal internet following, Whedon has certain commitments that far exceed other Hollywood-centric auteurs, and right now, he has a pressing doctor's appointment he must keep.

In 2008, Whedon directed the tragic comedy musical web series, "Dr. Hocus Pocus - I Put A Spell On You. Hocus Pocus (1993. Nails. Feather Nail. This tutorial is for the feather nail art I posted yesterday. 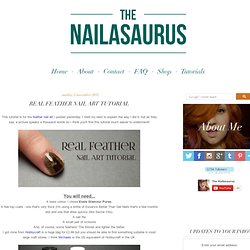 I tried my best to explain the way I did it, but as they say, a picture speaks a thousand words so I think you'll find this tutorial much easier to understand! You will need... A base colour. I chose Essie Glamour Purse. Magnet Make-up Holder. We all know with craft blogs that original ideas are often hard to come by, we find ideas we love and make them our own but we didn't come up with the idea ourselves. 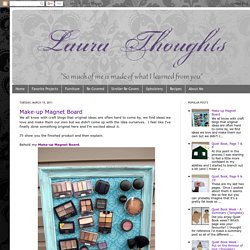